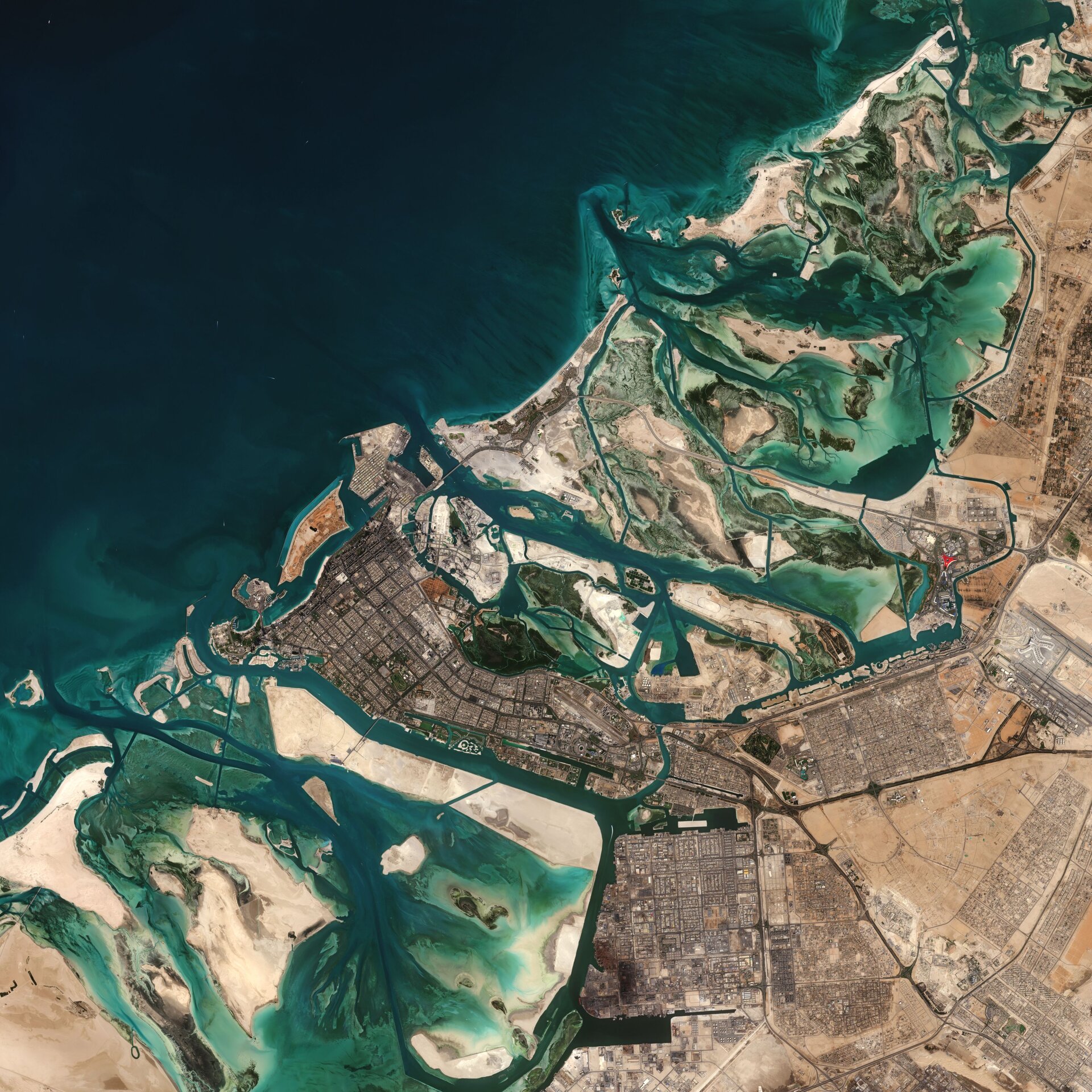 The Copernicus Sentinel-2 mission takes us over part of Abu Dhabi – one of the seven emirates that constitute the United Arab Emirates (UAE).

Covering an area of approximately 67 000 sq km, the Emirate of Abu Dhabi is the largest emirate in the UAE – accounting for around 87% of the total land area of the federation. Abu Dhabi has around 200 islands lying along its 700 km long coastline.

The city of Abu Dhabi, after which the emirate is named, is located on an island in the Persian Gulf and can be seen slightly below the centre of the image. Abu Dhabi is the capital and the second-most populous city of the UAE – after Dubai. The city is directly connected to the mainland by three bridges: Maqta, Mussafah and Sheikh Zayed.

Just east of the city lies the Mangrove National Park, visible as a dark green patch of land. The protected area is around 20 sq km and includes mangrove forests, salt marshes, mudflats and is home to more than 60 bird species.

The waters surrounding Abu Dhabi are said to hold the world’s largest population of Indo-Pacific humpback dolphins. The lighter aqua colours are shallow waters, which contrast with the dark coloured waters of the Gulf.

The iconic red roof of Ferrari World can be seen in the centre-right of the image. The Ferrari-themed park is located on Yas Island and is said to be the world’s largest indoor theme park. Abu Dhabi International Airport is visible southeast of the park.

Sentinel-2 is a two-satellite mission to supply the coverage and data delivery needed for Europe’s Copernicus programme. The mission’s frequent revisits over the same area and high spatial resolution allow changes in water bodies to be closely monitored.

This image, captured on 27 January 2019, is also featured on the Earth from Space video programme.