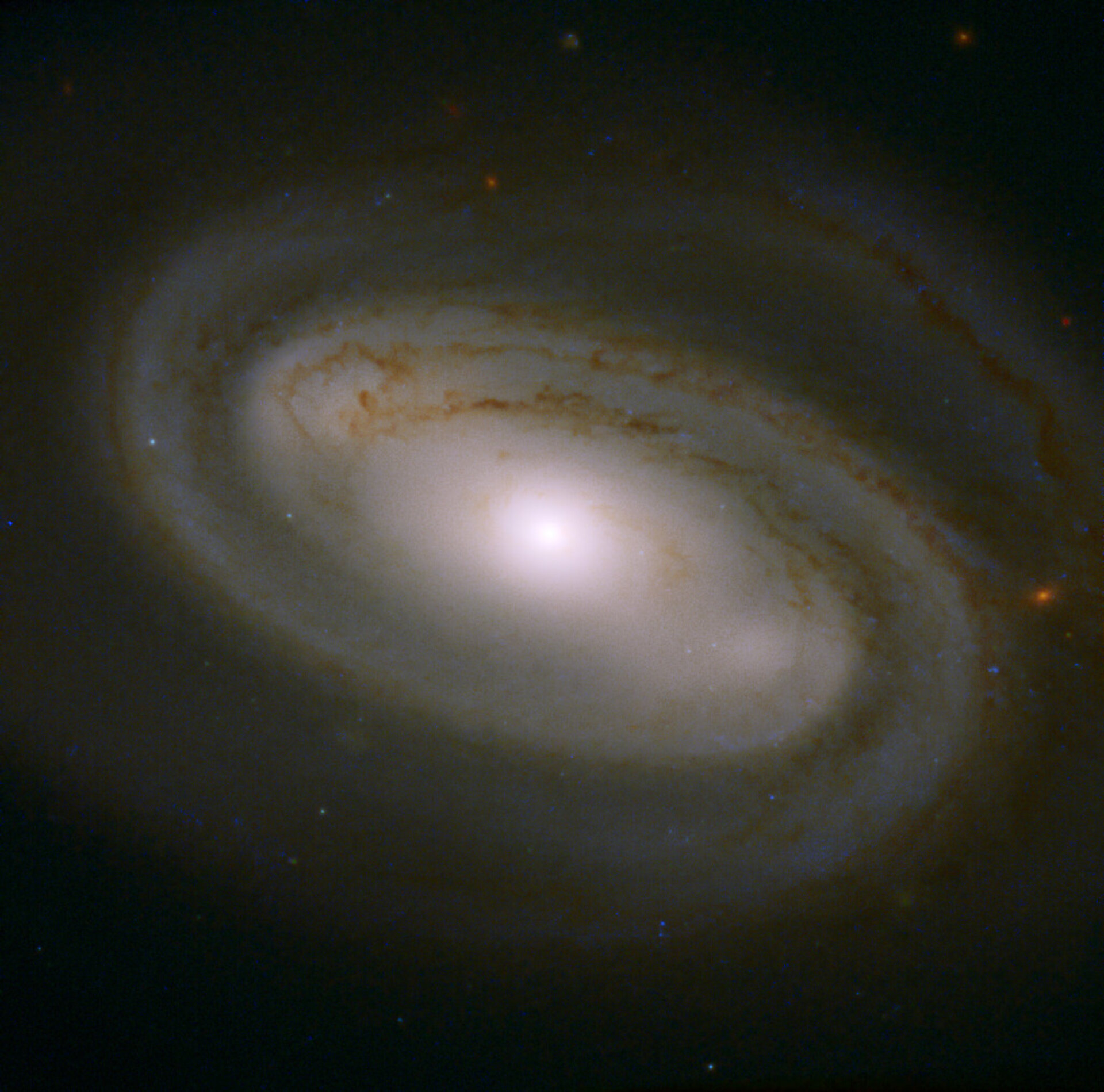 One large stellar latte to go

Far away in the Ursa Major constellation is a swirling galaxy that would not look out of place on a coffee made by a starry-eyed barista. NGC 3895 is a barred spiral galaxy that was first spotted by William Herschel in 1790 and was later observed by the NASA/ESA Hubble Space Telescope.

Hubble's orbit high above the Earth's distorting atmosphere allows astronomers to make the very high resolution observations that are essential to opening new windows on planets, stars and galaxies — such as this beautiful view of NGC 3895. The telescope is positioned approximately 570 km above the ground, where it whirls around Earth at 28 000 kilometres per hour and takes 96 minutes to complete one orbit.