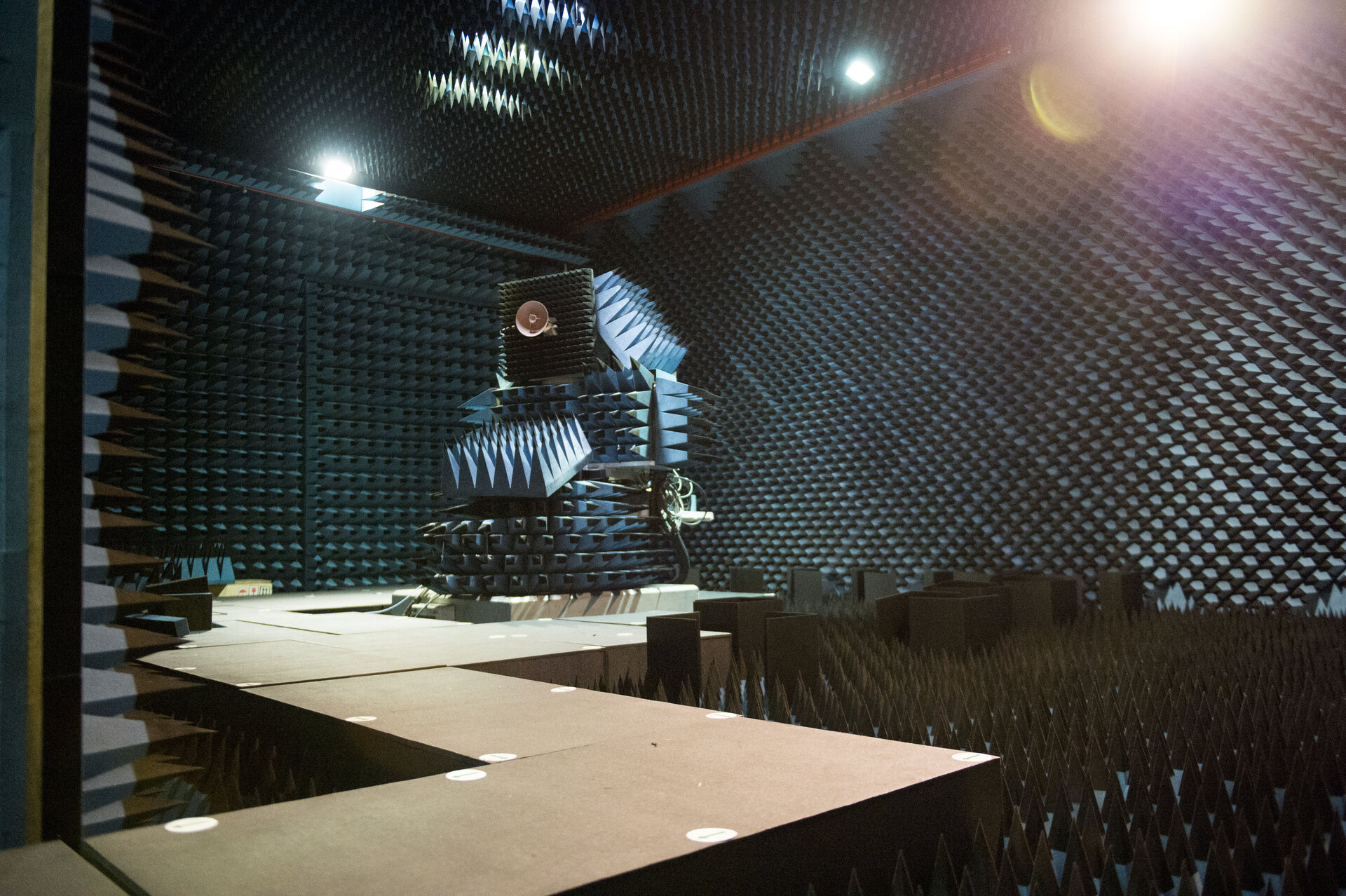 ESA’s Compact Antenna Test Range at its ESTEC technical centre in Noordwijk, the Netherlands. This anechoic chamber is used to test space antennas of 1 m across or less, or else entire small satellites.

The CATR is screened against external electromagnetic radiation, while their inside walls is covered with pyramid-shaped non-reflective foam to absorb signals and prevent unwanted reflections, mimicking infinite space.

In addition, a pair of wall-mounted parabolic cylindrical aluminium reflectors alter the shape of signals as they reflect them, as if they have travelled thousands of kilometres instead of a handful of metres.

The CATR is supplemented by the larger Hybrid European RF and Antenna Test Zone (HERTZ) for larger antenna or satellite testing, as well as a lab for the testing of candidate antenna materials.