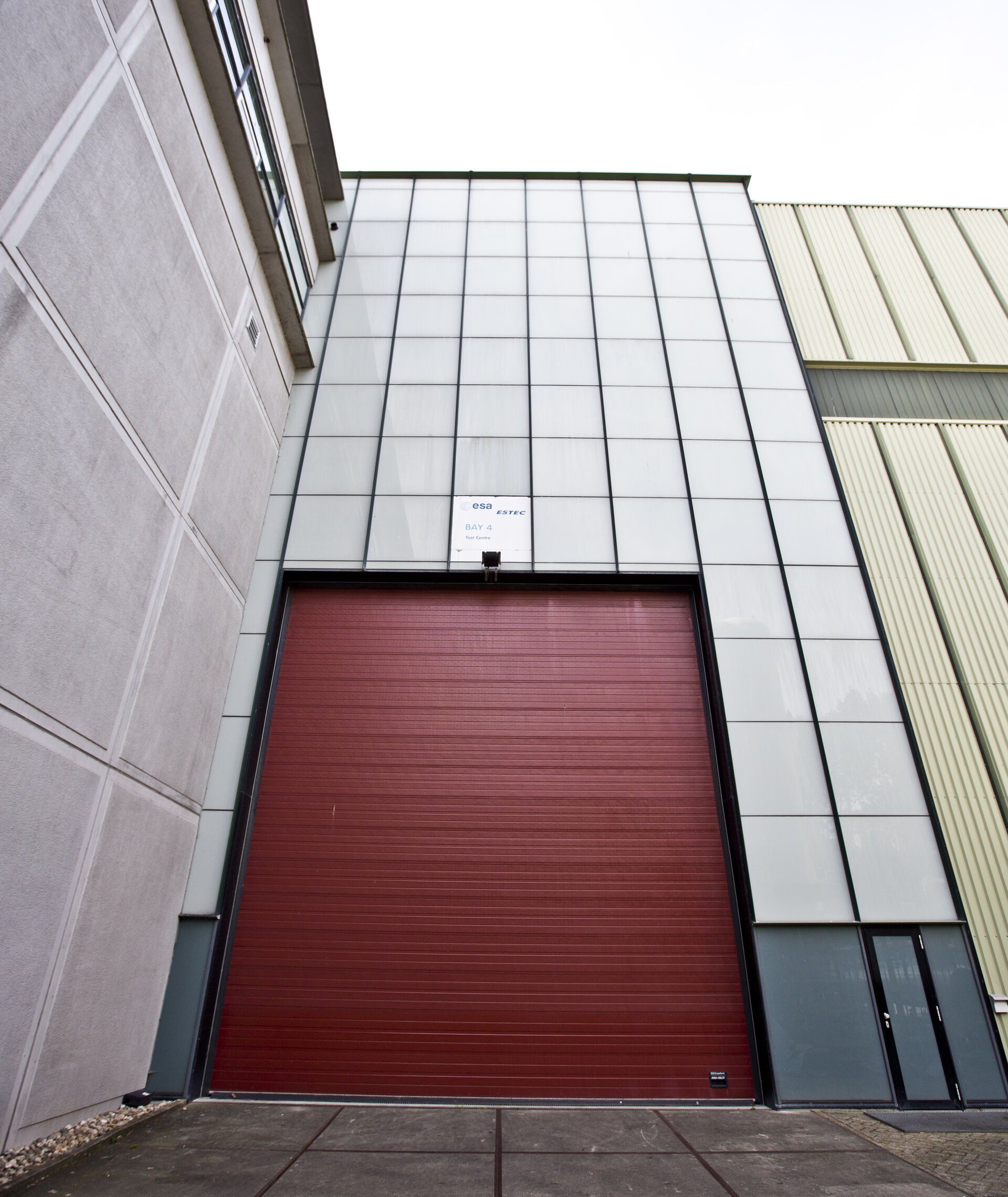 One of the satellite-sized access bays into ESA’s ESTEC Test Centre in Noordwijk, the Netherlands, nestled in sandy dunes along the Dutch coast.

On the other size of this multi-storey door – note the standard door to the right for scale – is an airlock leading through to a 3000 sq m cleanroom complex, filled with test equipment to simulate all aspects of spaceflight.