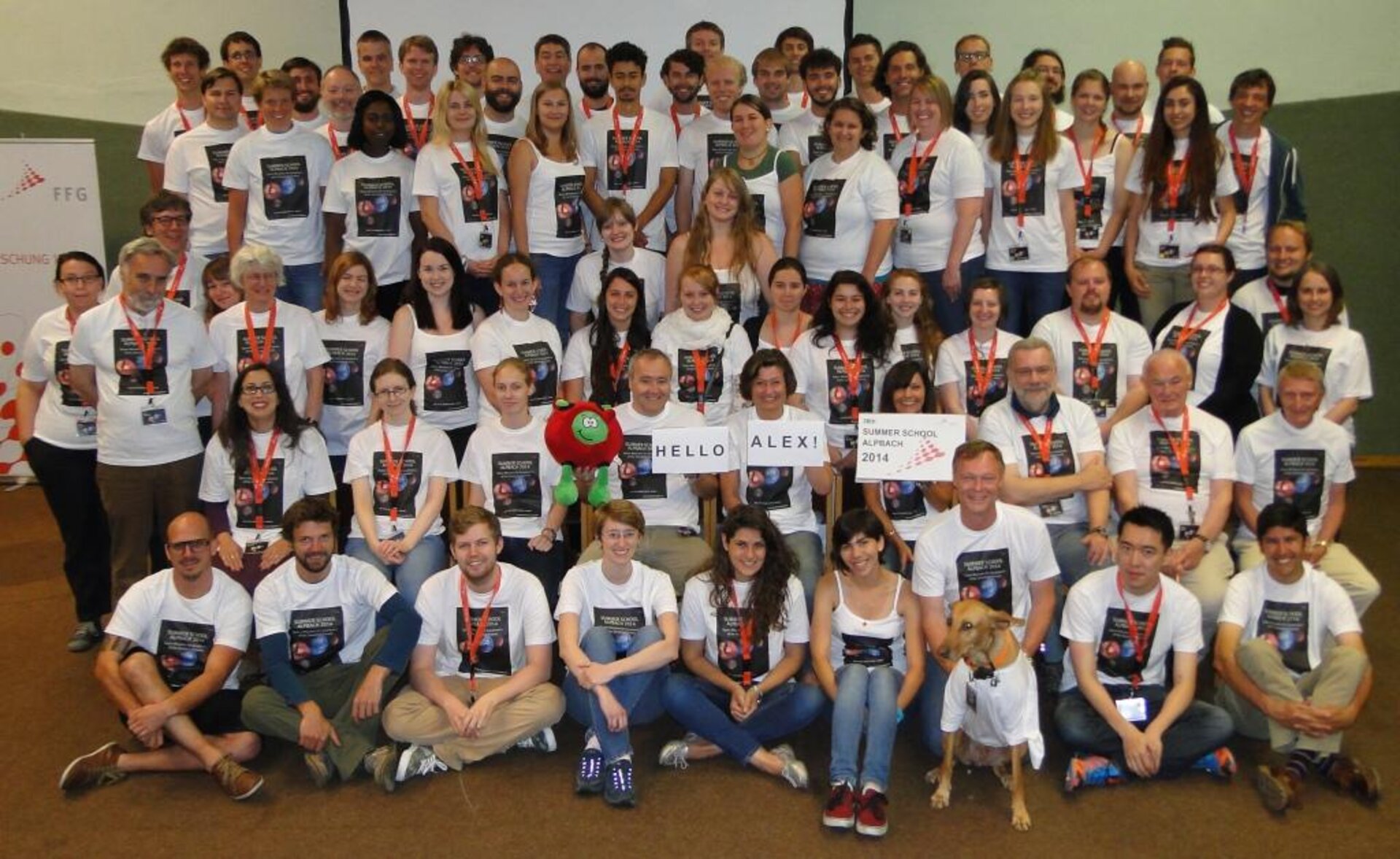 Mission concepts to study why Earth and Venus are so similar yet so different have been chosen for further study by the European Space Agency. No big thing for a space agency you might think. But what’s special about these concepts is that they have been designed by teams of students, and newly qualified young scientists and engineers.

Every year since 1975, selected students have gathered for the Summer School Alpbach, situated in the beautiful Austrian Tyrol. The event has become a fixture on the European science training calendar. The Summer School is organised by FFG and co-sponsored by the European Space Agency and the national space authorities of its member and cooperating states.

The purpose of the Summer School Alpbach is to advance the training and working experience of European graduates, post-graduate students, young scientists and engineers. In this way, it prepares them for careers in science and other high-tech industry.

It fosters their ability to apply their knowledge, to develop organisational and team-working skills, and to use their creativity. This year the summer school was held between 15 and 24 July. It focused on the theme “The geophysics of the terrestrial planets".

The sixty participants were chosen from the Member and Cooperating States of ESA. They were split into four teams and tasked with each conceiving and designing a space mission that will improve our understanding of the geophysics of the solid planets. This was to include an investigation into their cores, their mantles and the characteristic structures and dynamics of the solid planetary bodies.

The teams had to be self-organising. That meant quickly finding ways to work together to address problems and meet deadlines. They were responsible for selecting and researching the problem to be addressed by their space mission. On the last day, the teams presented their missions to an independent jury of experts, who awarded ‘oscars’ in various categories.

The proposals put forward by the teams were:

Team Blue: VELOCITÉ - VEnus Lander and Orbiter for Characterising the Interior and TEctonics

This mission is designed to determine the nature and activity of Venus’s tectonics and volcanism. The mission’s goals would be achieved using high resolution radars and gradiometers on an orbiting spacecraft (VISAGE), and local in-situ measurements from two landers. It won the Jury Chairman’s Oscar partly for the excellent analysis of previous mission and its technical heritage from previous missions.

The Aphrodite mission aims to understand why Venus differs from Earth on so many aspects even though they have similar mass, volume and distance to the Sun. It would achieve these objectives with an orbiter and an in-situ balloon. In orbit infrared spectroscopy and ground penetrating radar, in situ acoustic, optical IR and mass spectrometer measurements. It won the competitiveness Oscar.

Wegener would search for evidence of tectonic and volcanic activity on Venus, to give understanding to the geomorphological processes modifying Venus’ crust. It would also investigate the planet’s magnetic field including the field’s origin. It would do this using radars, magnetometers and gradiometers. It won the Oscar for its technical case.

Team Red: EvolVe – A Mission to determine the Evolution of Venus

This mission would use an orbiter and a balloon to investigate the tectonic evolution of Venus, the current levels of volcanism on the planet and its bulk composition. In addition to radars, magnetometers and gradiometers, it would use infrared and ultraviolet spectrometers to detect ‘hotspots’ that might signal volcanic activity. It won the Oscar for its scientific case.

The jury selected Aphrodite (Team Green) and EvolVe (Team Red) to be further studied during the Post Alpbach event, which takes place during early December in Graz. Thanks to ESA support 15 selected students from these teams will be able to participate in Post Alpbach.

The main goal of Post Alpbach is to develop the ideas sufficiently that they can be either presented at a scientific congress and/or published in a scientific journal.