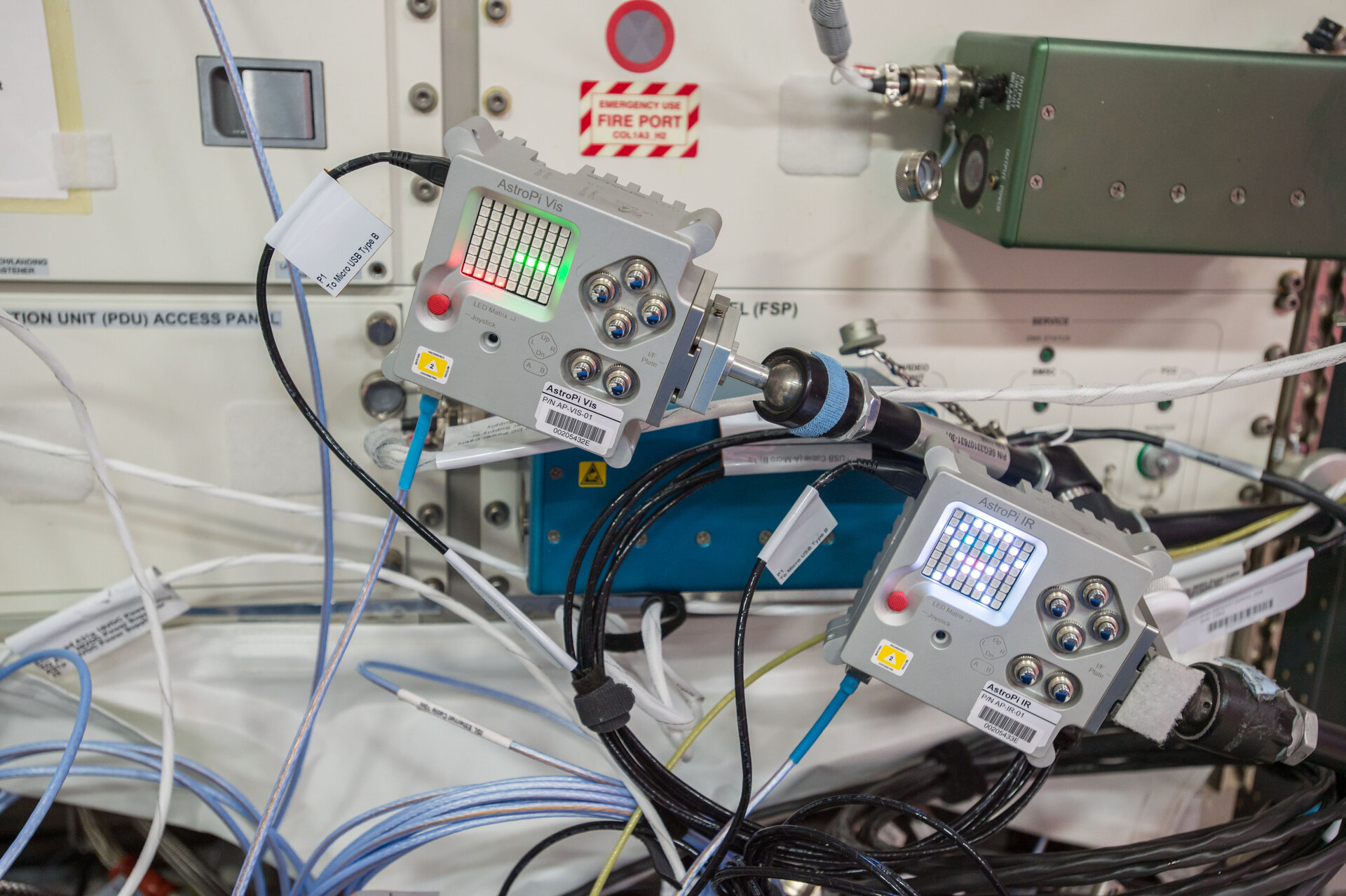 Astro Pi computers come with a set of sensors and gadgets that can be used to run great scientific experiments by means of computer coding. This set of sensors is called ‘Sense HAT’ (that stands for ‘Hardware Attached on Top’).

The Sense HAT add-on board was specially created for the Astro Pi competition. The board gives Astro Pi the ability to ‘sense’ and make many kinds of measurements, from temperature to movement, and to output information using a special display  - the  8x8 LED matrix. The Astro Pis are also equipped with a joystick and buttons -  just like a videogame console!

There are two special Astro Pi’s that have been qualified for spaceflight and are onboard the International Space Station (ISS), nicknamed Ed and Izzy. Ed and Izzy are identical except for a detail: Astro Pi Ed has a standard visible spectrum camera and Astro Pi Izzy has an infrared (or NoIr) camera.

On board the ISS, the Sense HAT is the core component of the Astro Pi units, and the LED matrix is the only real form of visual output that the Astro Pis can have.

To give students the opportunity to experiment and test the Sense HAT everywhere, even without having a physical Astro Pi, a web-based Sense HAT emulator was developed. On the Sense HATweb emulator you can run your computer code and experience by yourself what is possible to do with the Astro Pi’s sense HAT.