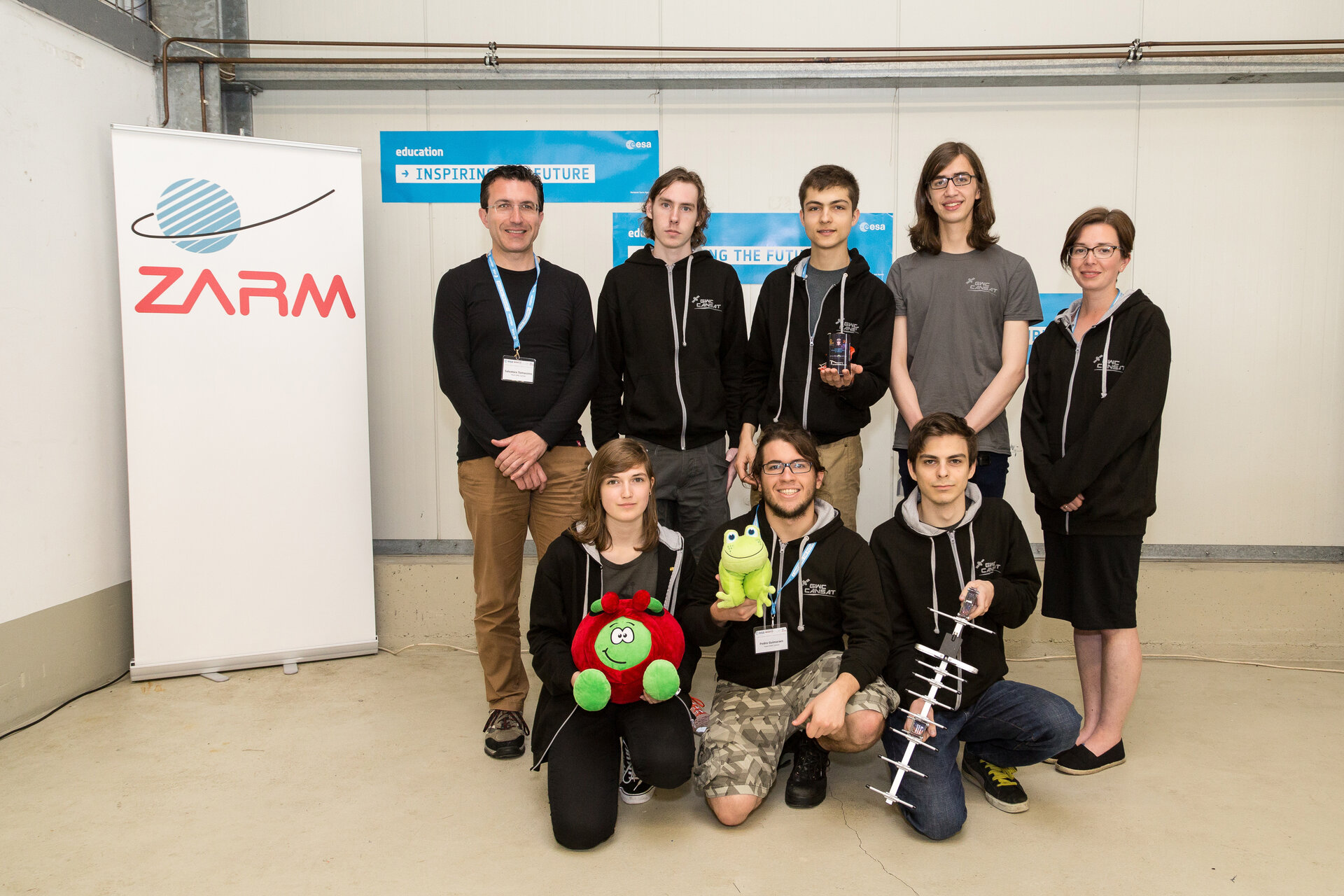 The ESA Education team is pleased to announce the CanSat teams that submitted the best final report for the 2017 European CanSat competition, which this year was hosted by ZARM in Bremen, Germany.

The final reports were judged on the quality their data analysis, scientific writing and presentation of the campaign. Like the launch campaigns, the standard of reports submitted by the fifteen teams was very high. However, three papers stood out:

Investigating atmospheric trends and construction of a heat-map

Investigating the effects of space travel on cell activity in earthworms

Despite being unable to retrieve their CanSat during the June competition campaign, GWC’s report provided an in-depth overview of the mission and suggested how a future study could be improved.

ENTA Team SAT3’s report shed light on how earthworms are impacted by space travel, thanks to their sophisticated monitoring systems.

Finally, Canny Potter were able to demonstrate how their satellite could be deployed to moons in the outer solar system to search for life, by collecting and analysing an array of data.

Every report impressed the ESA Education team, and the participating students can be proud of what they were able to accomplish!

The submission of final reports concludes what has been another successful CanSat competition. Participation and enthusiasm for the competition has been increasing year on year since the competition started in 2010. The 2018 competition is already underway with ESA Member States running national competitions, and the ESA Education team is already looking forward to the next final.

Good luck to all those competing  in 2018 and final congratulations to the teams that took part in the 2017 competition!