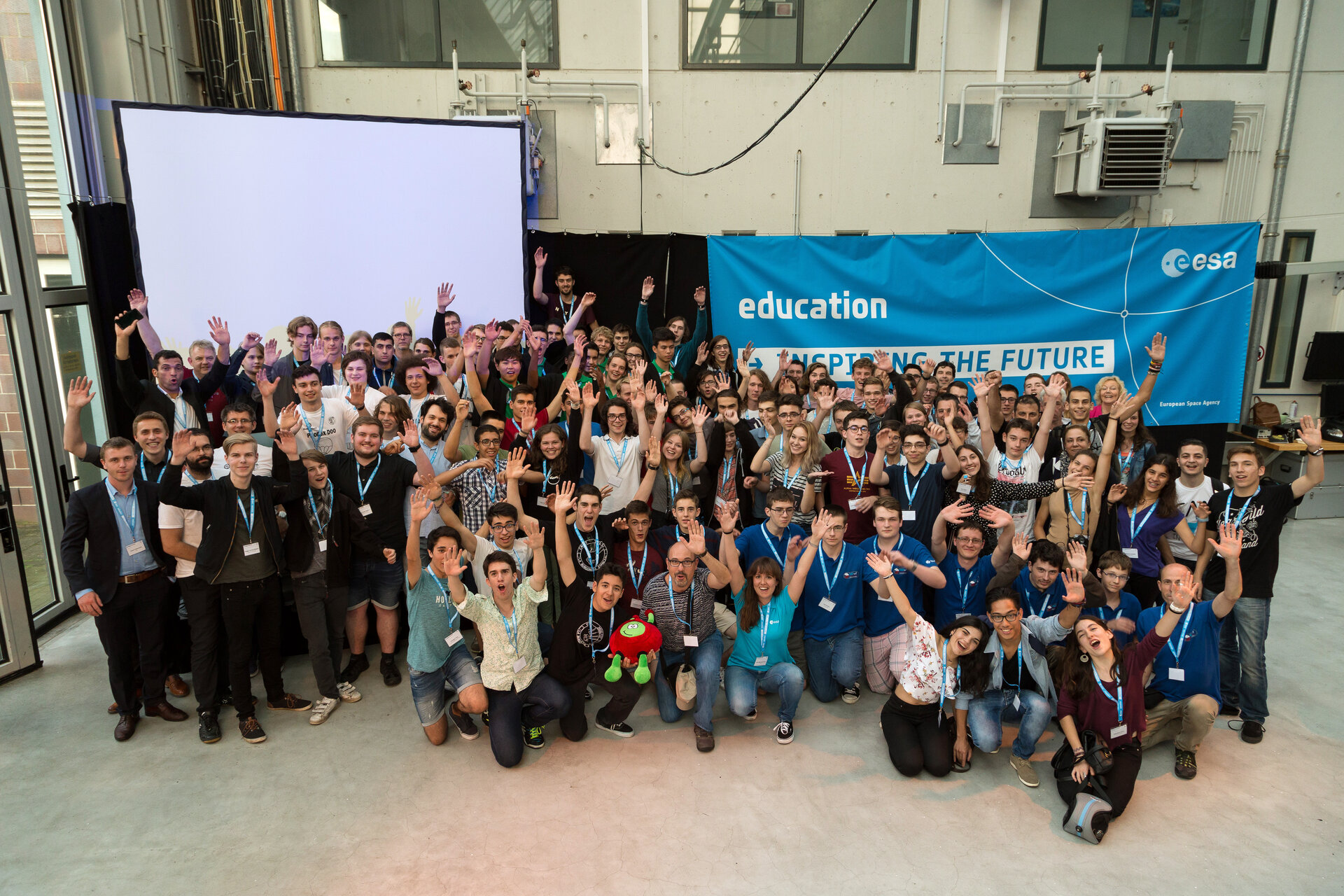 More than one hundred students from all over Europe participated in the 2017 European CanSat Competition, organised by the European Space Agency and hosted by ZARM in Bremen with the help of local partners, which took place from 28 June to 2 July.   The winning teams were announced on 1 July.   The  ‘La Burgoneta Espacial’ team from Spain won first prize,  while  Ireland’s ‘Canny Potter’ and Poland’s  ‘CANpernicus’ ranked second and third respectively.

ESA congratulates the winners and all the participating teams, which have all demonstrated tremendous skills and passion.

A CanSat is a miniature ‘satellite’ designed to fit into the volume and shape of a soft drink can. It is fully operational and includes all the major subsystems found in a satellite, such as power, sensors, and a communications system.  CanSats must perform a primary mission, which consists in measuring air temperature and pressure, and a secondary mission, open to the students’  imagination.

ESA’s Education Office has been inviting secondary school students to take part in the European CanSat competition since 2010. It is part of ESA’s initiative to inspire young people to pursue a career in the STEM (science, technology, engineering and mathematics) fields.

On the first day of the competition students were welcomed with an opening ceremony featuring special guests and a social dinner. The excitement of the teams was tangible,  and they were all looking forward to getting started!

On the second day, all the teams gave a brief presentation to the Jury members in order to introduce their projects. Some of the teams also had technical and drop tests of their CanSats, as they all had to fulfil the requirements stated in the CanSat guidelines.

On the third day, despite the unfavourable weather conditions, the rocket launch was confirmed, and most of the teams got to perform their CanSat missions. Some of the students even had the chance to go to the launch site and put their own CanSat inside the rockets! The CanSats were launched from the Airfield of Rotenburg and deployed in sets of 3 at an altitude of 750 metres.

On the fourth and last day, the teams gave a final presentation to the jury with their results, and had the chance to have a guided tour of the facilities at OHB System AG and the German Space Agency (DLR). The deliberation of the jury members took several hours, and aspects including the educational value of the project, team work, and the attitude of the teams throughout the competition were taken into account , as well as the scientific and technical aspects of the project.

The winners and missions of the 7th European CanSat competition are:

The team’s mission consisted infinding a planet that could sustain human life (measuring UV radiation and CO2), getting information from the topographic survey to choose the right landing spot for future missions, and broadcasting live mission information to the general public (video and telemetry data).

The primary objective of the team’s mission was to gather essential data on descent through the atmosphere and evaluate the data in terms of abiotic factors which are key enablers for the existence of life, such as suitable temperature, pressure, and moisture content. Terrestrial evaluation would be used as a guide for the development of a probe suitable for launch on the moons of the outer solar system.

The team’s main goal was to determine the possibility of life on a planet, or, in other words, to find conditions similar to the Earth’s. They checked for conditions most suitable for life as we know it, and in order to do so they measured humidity, light intensity, magnetic field intensity, and CO2 concentration.

The participant teams were:

All teams are now completing their CanSat Final Paper which they will need to deliver in July. This Final Paper is a scientific paper including an abstract and a description of the project, including the results of the CanSat mission.

Watch the Live streaming video of the CanSat launch from the winning team, La Burgoneta Espacial:

ESA Education would like to thank the ZARM team and partners (DLR, OHB, and Airbus) for making this event a success.