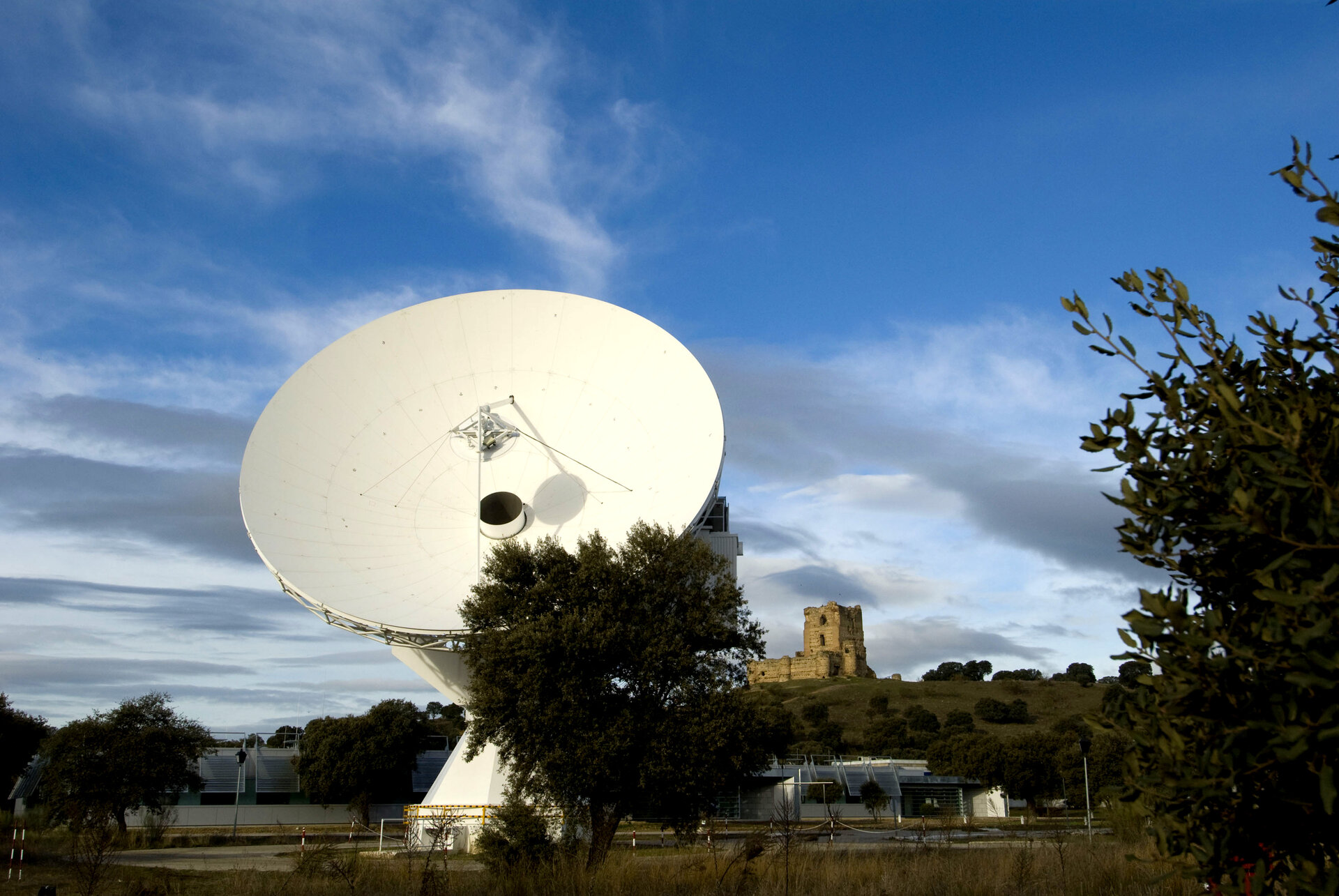 A new educational collaboration agreement for space science and astronomy will bring the use of five telescopes to secondary school and university students in Europe.

Students will be able to use one of ESA’s radio telescopes in Spain, together with a further four telescopes belonging to ESA, Spain’s National Institute for Aerospace Technology (INTA) and the publicly-owned company Ingeniería y Servicios Aeroespaciales (INSA).

The initiative is part of the CESAR project (Cooperation through Education in Science and Astronomy Research), which was officially presented in late June at the ESA’s European Space Astronomy Centre (ESAC) in Villanueva de la Cañada, Madrid.

The Science Director of ESA, Álvaro Giménez, Director General of the INTA, Jaime Denís, and the Executive Vice President of the INSA, Miguel Lens, signed the CESAR collaboration agreement between the three space institutions on 28 June.

The radio telescope ESA is making available is the first satellite tracking antenna (VIL-1) that the agency installed in Spain in 1974. VIL-1 no longer operates as a tracking antenna, and has instead been put to use as a radio telescope for educational purposes, making an enormous contribution to the CESAR project by providing European students with practical experience in astronomical research.

ESAC hosts the scientific data of ESA’s space telescopes such as Herschel and XMM-Newton, used to observe the most distant galaxies in the infrared and X-ray wavelengths respectively, and Planck, used to explore the origins of the universe. Apart from VIL-1, ESAC will also be home to two solar telescopes as a part of the CESAR project, as well as the control room for all the equipment.

The two optical telescopes in the CESAR project, which detect the same type of light as the human eye, will be located at the NASA station in Robledo de Chavela (Madrid), and in Cebreros (Ávila), at ESA’s deep space station. The latter hosts one of ESA’s three antennas located all over the world to communicate and control its interplanetary missions and space telescopes at great distances from the Earth.

All of the telescopes are robotic, meaning students can control them from their classrooms thanks to the software developed by the scientists and engineers of the CESAR project.

During the signing ceremony, Dr Álvaro Giménez, Director of Science and Robotic Exploration of ESA said, “this project has great potential, as it combines the educational and scientific knowledge of the three institutions that comprise it. For example, it is very interesting that the control centre of CESAR is located at ESAC, the space science centre of ESA, as this will allow for close contact between the astronomers and engineers who work there.”

The CESAR team is already working on the development of educational plans for each equipment and academic level, in close contact with ESA’s Education Office. The aim is to reach agreements with schools and universities in Europe, as the equipment is remote-controlled, and physical distance is no hurdle providing they have fast Internet connections. In some cases, ESA, INSA and INTA are already collaborating with educational institutions.

European students will receive updated information on the opportunities offered by the CESAR programme through ESA’s educational website.