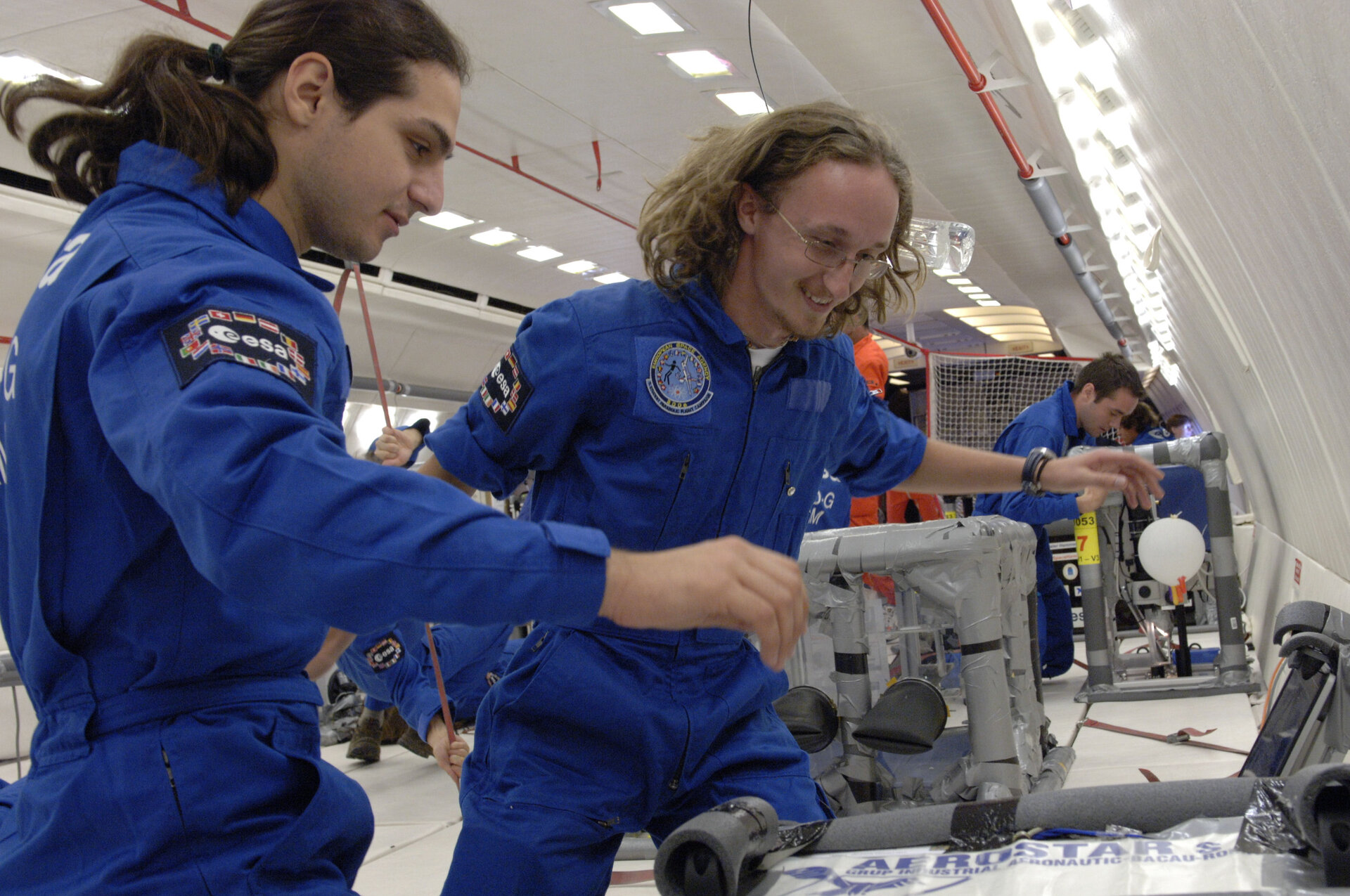 Four teams of postgraduate students have been selected to fly their experiments during a new ESA programme called 'Fly Your Thesis!'.

This exciting programme, launched by the ESA Education Office in 2008, offers a rare opportunity for students to design, build, and eventually fly, a scientific experiment that requires an investigation to be performed in microgravity, as part of their Masters or PhD thesis. The chosen teams will participate in a series of parabolic flights on the Airbus A300 Zero-G aircraft.

During the final phase of the selection process, 16 student teams were asked to write a scientific proposal and make an oral presentation during a workshop held at the European Astronaut Centre in Cologne, Germany, in early December 2008.

At the end of this workshop, a jury composed of experts from the ESA Education Office, ESA’s Directorate of Human Spaceflight and ELGRA (European Low Gravity Research Association) made the selection of the four teams to be offered flight opportunities.

“We were very pleased with the high quality of the proposals and the excellent work performed by all the participant teams,” said Javier Ventura-Traveset of ESA’s Education Office. “The collaboration between various ESA departments and ELGRA also proved to be excellent and very helpful to this new programme.”

More news on this programme and the evolution of the design of the selected teams will be posted on the ESA Education website in the coming months. The flights are scheduled to take place in autumn 2009.