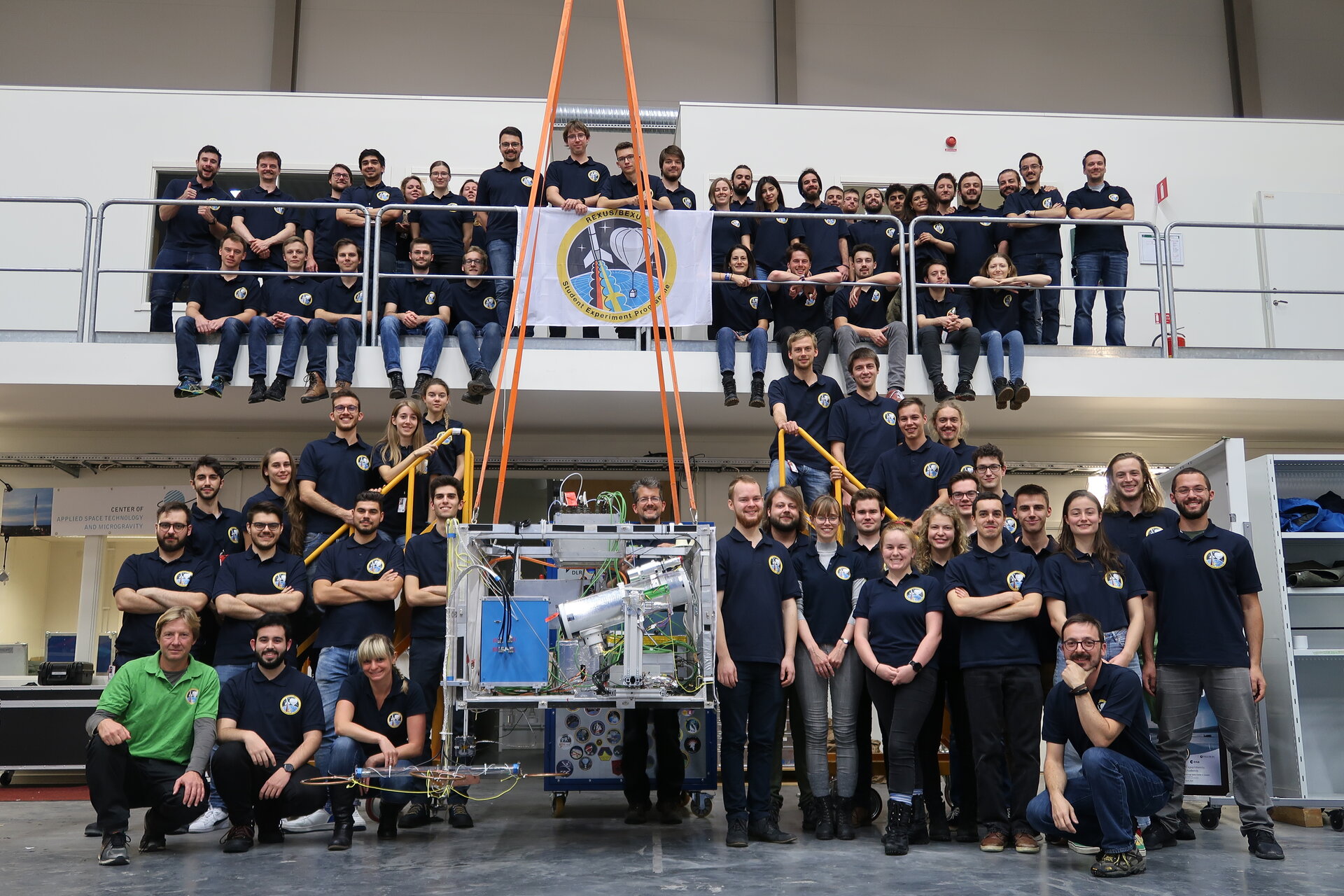 This week over 70 more young space scientists and engineers got their proverbial space wings, launching their experiments to the edge of space on-board  one of the twin BEXUS 28 and 29 flights!

The BEXUS (Balloon EXperiments for University Students) is a stratospheric balloon launched as part of the REXUS/BEXUS programme. Both BEXUS balloons lifted from SSC’s Esrange Space Centre in Arctic Sweden.

The students have been working on their experiments for over a year and have undertaken a rigorous series of reviews and testing at campaign. Upon arrival at the nearby Kiruna airport, the intrepid BEXUS students were greeted with the full Arctic experience of snow and freezing temperatures. As the week continued the weather brought more snow, sometimes leading to accelerated schedules and long hours to ensure both balloons could be flown.

On the 23rd of October, four teams of passionate students gathered in the assembly building at 01:00 for the start of the countdown for BEXUS 29. After a few short holds for operations and weather, the balloon was launched at 06:33 local time, and soared to an altitude of just over 26 km. After nearly 3 hours of flight, the flight was terminated by telecommand and the payload was back on the ground 20 minutes later, landing safely in Northern Finland.

Following the flight of BEXUS 29, work continued in earnest on the BEXUS 28 payload, hosting a further five student built experiments, and it wasn’t long before the second early morning launch, with a lift-off of the balloon at 06:21 local time on the 25th of October. BEXUS 28 reached a float altitude of 26.7 km, and a flight time of approximately 3.5 hours, before also landing under parachute in Finland.

SHADE (SDR helix antenna deployment experiment) from the Aristotle University of Thessaloniki, Greece – the first Greek-built experiment to be launched on BEXUS

R2C2 (Radar recognition of chaff clouds in the stratosphere) from the Luleå University of Technology, Sweden

These experiments were joined on their stratospheric journey by two German-built student experiments sponsored by DLR: TANOS (Thermal atmospheric neutron observation system) from Kiel University, and IROCS (Influence of radiation on charged spheres) from the University of Duisburg-Essen.

Melina, team leader of the SHADE team, said of her experience: “BEXUS can be described for us in 3 words: inspiration, passion, adventure! We are so happy that we had the chance to participate in a program that gave us practical and theoretical knowledge, incredible experience and the opportunity to meet great people that inspired us and helped us to achieve our goal! Thank you all for that!"

DESTINY (Detection of earthquakes through a stratospheric Infrasound study) from École Polytechnique, France

IRISC (Infrared imaging of astronomical targets with a stabilized camera) also from the Luleå University of Technology, Sweden.

Congratulations to all teams!