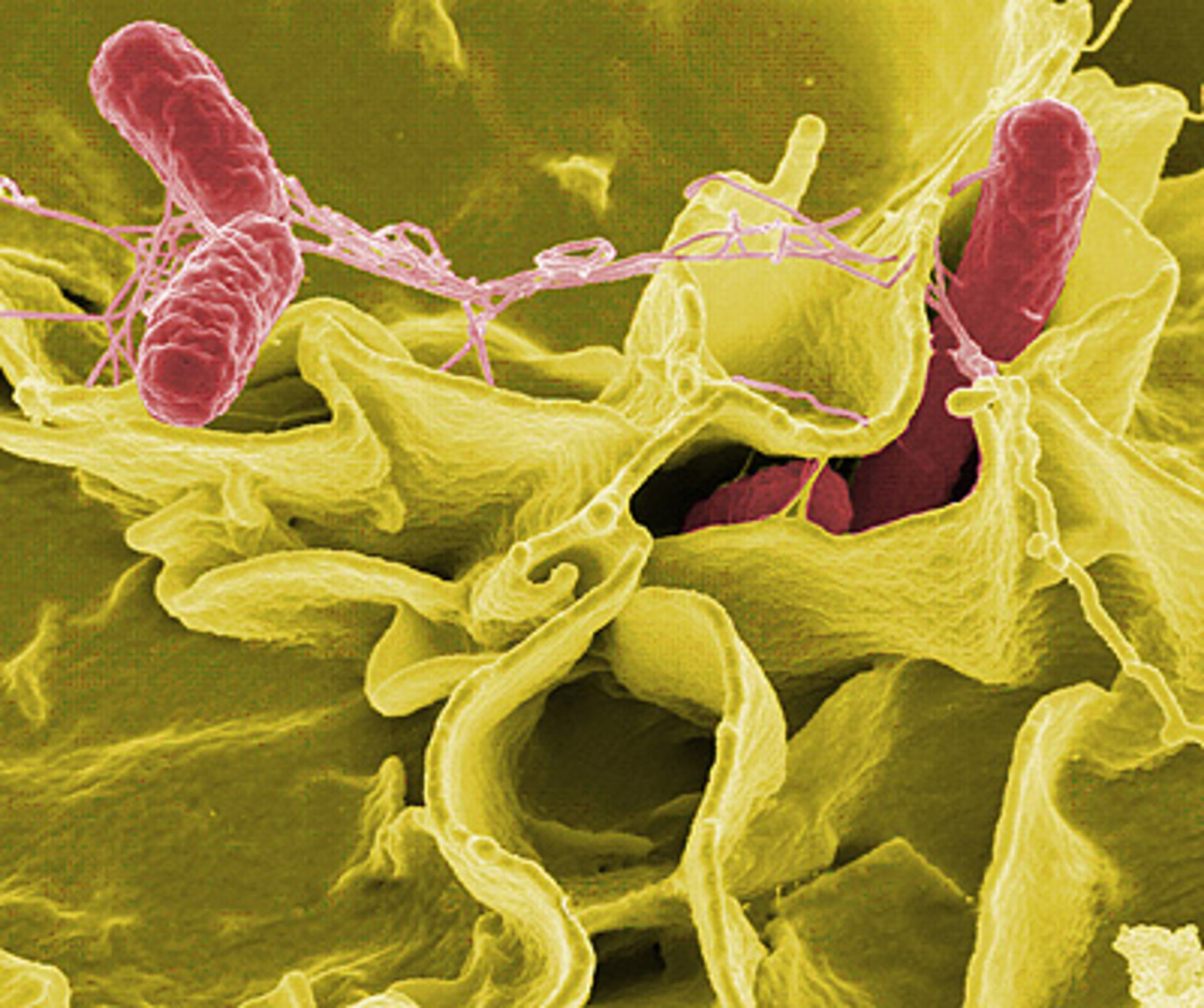 All astronauts need to be in good health in order to endure physical and psychological challenges during a space flight. However, like all other humans, astronauts can be vulnerable to infectious diseases. Microbes and other “bugs” can cause infectious disease and may seriously affect a person’s health.

There are many kinds of micro-organisms that can cause health problems:
1. Viruses – such as HIV (human immune deficiency virus) that can cause AIDS, and the rhinovirus responsible for the common cold.

2. Bacteria – such as Staphylococcus aureus which is often found in human skin and noses, possibly causing infections, and Clostridium difficile which can cause severe inflammation of the colon.

3. Fungi – such as Trichophyton rubrum, which inhabits the soil, humans or animals, and is one of the leading causes of hair, skin and nail infections, (dermatophytosis) in humans.

Out of this world

In space, where astronauts are working in a confined environment and with limited supplies of water on experiments requiring strict containment, the control of any contamination becomes even more critical. Inside the International Space Station (ISS), orbiting about 400 km above Earth, there is close monitoring of the bugs that are found as well as studies of their physiology to see if the space environment has affected the organisms in any way.

On the ISS – including the European Columbus laboratory – samples are taken regularly to check the microbes on board. In order to minimise contamination, Columbus has been assembled in special clean rooms and it will be checked for micro-organisms before launch. The module will have several layers of containment, depending on the specimens the astronauts will be working on.

There are many space-related experiments taking place in the field of microbiology to investigate the effects of weightlessness and radiation on micro-organisms.

This has resulted in some interesting studies. One such study showed how a colony of Salmonella typhimurium, the bug that causes food poisoning, flew onboard the space shuttle Atlantis and became three times more likely to cause disease compared with similar control bacteria on the ground.

Bugs can also be very useful. For example, we use micro-organisms to bake bread, for yoghurt fermentation, to create bubbles in wine and beer and to decompose organic matter during recycling. In space, particularly during long-duration travel, we will also need to find a way to use these microbes to help us - both with recycling and production of food. Within ESA, investigations are taking place in order to learn more about how to use microbes to recycle air, water and waste, and how to produce food in space during future long-duration space missions. Columbus may well provide an environment where some of the research to achieving this goal can safely take place.

Bacteria have been present on our planet longer than any form of life. Over the last 3 billion years they have managed to occupy many extreme environments, including hot thermal vents on the ocean floor. The water that comes out of the hydrothermal vent is rich in dissolved minerals and supports a large population of chemosynthetic bacteria that use unusual chemistry to survive. These bacteria attract other organisms. Tube worms live around the hydrothermal vents and since they have no mouth or digestive tract, the bacteria live inside them.

Most bacteria grow in places where the pH ranges from 6-8 (weak acid to weak alkali). The human stomach has a pH of 1.5-2.0 (strong acid) which kills most bacteria. However, Thiobacillus thiooxidans oxidises sulphur to sulphuric acid and can grow at a pH of 0 (highly acid). Astrobiologists are interested in studying extremophiles - organisms that are capable of surviving in extremely harsh environments similar to those known to exist on other planets. For example, Mars may have regions in its deep subsurface permafrost that could harbor communities of endoliths, organisms that live inside rock.

Class experiment: In search of bugs in the lab

Like all living things, micro-organisms need nutrition to generate energy and create cell materials. This nutrition is obtained from its environment. A culture medium contains nutrients in sufficient amounts for microbes to grow. In order to grow microbes in your laboratory, your teacher will supply you with sterilised nutrient agar in Petri dishes which contain all the necessary nutrients required.
Carry out the investigation described below. You can also make a comparison to see if washing your hands has any effect on the presence of bacteria. You will need the following equipment for each group of 2 students:
• 4 Petri dishes containing sterilised nutrient agar;
• Marking pencil;
• Tape;
• 3 clean cotton wool buds;
• A bottle containing sterile water;
• Access to an incubation oven set at 20 degrees Celsius.

Safety
Wear a lab coat to protect your clothes and to prevent cross contamination. All used Petri dishes should be destroyed in the proper manner by your teacher. DO NOT take swabs from locations that might be sources of disease causing (pathogenic) bacteria, e.g. toilets, handkerchiefs, sink traps etc.
Experiments should be carried out in accordance with local laboratory safety standards.

Method
In order to have significant results, the same experiment will be repeated by each group in the class and used for comparison.
In Petri dish 1 – With a marking pencil, draw a line across the bottom of the Petri dish to divide it in half. Mark one half A and the other half B. Draw your finger across side A and close the lid quickly. Now wash your hands with soap and water and move the washed hand quickly across half B. Close the lid and seal it with tape.

Petri dish 2, 3 – Between yourselves, decide which areas of the lab may be best suited to investigate the presence of micro-organisms - perhaps the door handle or water taps.

Surfaces should be swabbed in the following way: take a clean cotton wool bud, dip it into one ml of sterile water, then pass it back and forth over the surface you are going to investigate. Place it back in the sterile water and shake the swab to release the microbes. Pour the liquid containing the sample into the Petri dish and seal the dish with the tape.

Leave Petri dish 4 untouched. Tape the lid. Why do you think this is important?

Give all four Petri dishes, clearly labelled, to your teacher who will place them into an incubating oven over night. Look at your plates over a period of 2-3 days and make drawings of what you observe.

Discussion
In Petri dish 1 did you observe any changes between side A and side B? If so, explain what effect washing hands had on the growth of bacteria.

On the ISS, how important do you think it is to keep surfaces clean? Can you think why working on Columbus would require extra care from the astronauts? (Think of the confined area, types of experiments carried out….)

Have a look at the images of microbes grown from swabs (In the pictures shown here) and compare it with what you found in your laboratory (Petri dish 2 and 3). What do you notice, if anything?

What did you see in Petri dish 4?
Why do you think it was necessary to have a control experiment?
Make clear drawings of your results.

Most hygienic and planetary protection regulations for space vehicles and spacecraft assembly rooms are based on ‘spore’counts’. Some microbes can produce spores which are reproductive structures that can survive extended periods of time in unfavourable conditions.