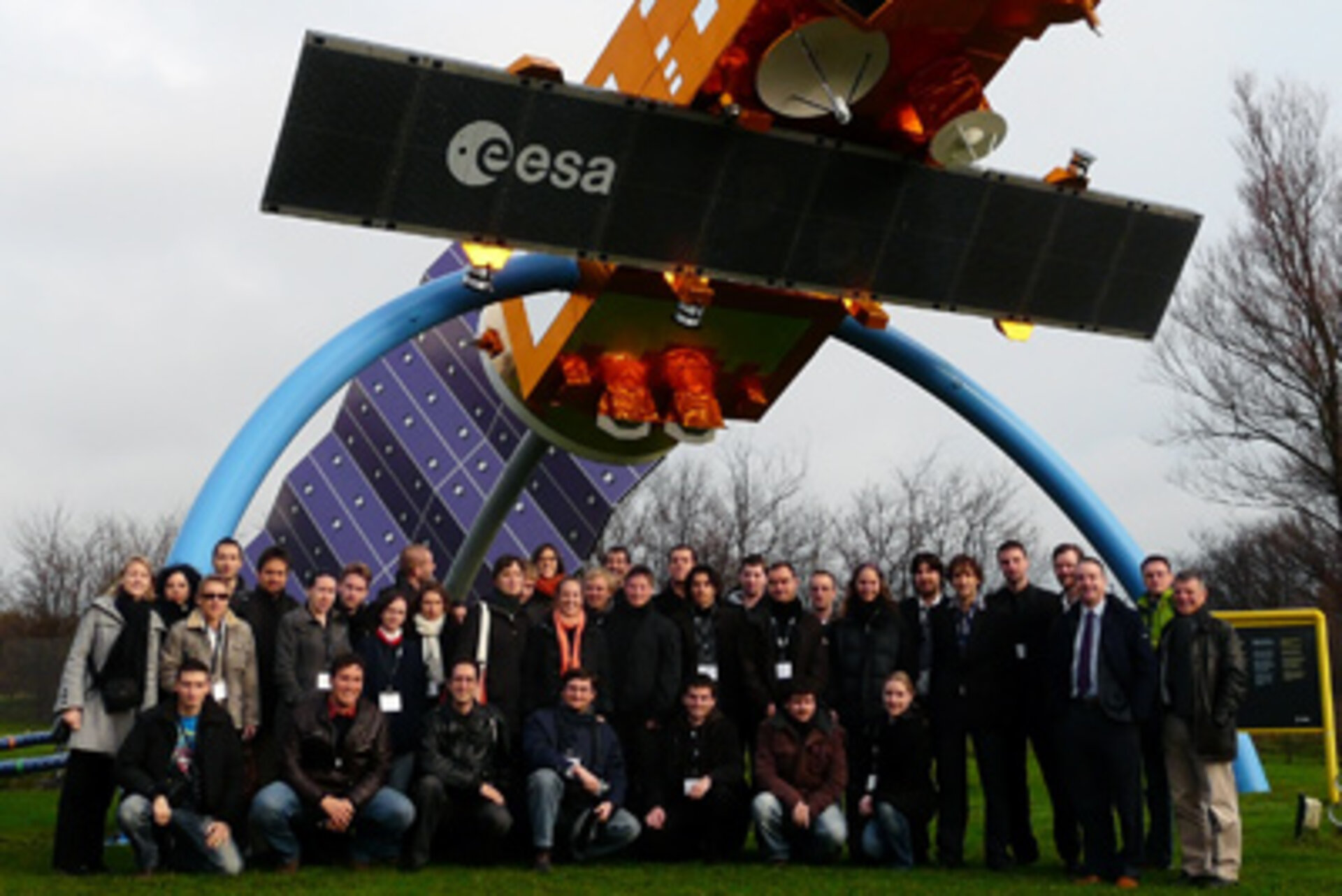 Following the debut of ESA’s ‘Fly Your Thesis!’ programme in 2009, four teams of university students have been selected to conduct their microgravity experiments during a second series of parabolic flights aboard an aircraft.

The teams, made up of students from five ESA Member States, were chosen from 12 teams whose proposals were short-listed in September 2009.

During the final selection phase, all of the teams wrote a detailed scientific proposal and a technical proposal. They also had to give an oral presentation during a workshop held at the European Space Research and Technology Centre in Noordwijk, the Netherlands, in early December.

Shortly after, a review board comprising experts from ESA’s Education Office, ESA’s Directorate of Human Spaceflight and the European Low Gravity Research Association (ELGRA), assisted by Novespace engineers, selected the four teams to be offered flights.

QNEM & nanos on board! Four students from the Université Libre de Bruxelles in Belgium and the University Federico II, in Naples, Italy will investigate the thermal diffusivity and conductivity of nanofluids – suspensions in conventional liquids of particles ranging in size from a few nanometres to 200 nanometres. This could lead to significant improvements in heat transfer devices.

Supermassive B Four students from Joseph Fourier University in Grenoble, and Paul Sabatier University in Toulouse, France will study the properties of the dust resulting from asteroid collisions in order to improve exoplanet detection.

ARID Two students from the University of Amsterdam, the Netherlands will investigate the interactions between soil particles to determine if the water repellence of top soils is affected by reorienting the water repellent coating on the surface of these particles. The results could improve understanding of the effects of forest fires and desertification on the repellence of water by soil.

GRAPPA Four students from the University of Leicester, UK will investigate a ‘condensation mechanism for non-ideal kinetic gases of varying temperature’, and its relevance to the formation of planets and ‘rubble pile’ asteroids in the early Solar System.

The flights are scheduled to take place in the first quarter of 2011.

‘Fly Your Thesis! - An Astronaut Experience’ was introduced by ESA's Education Office in 2008. It offers students an opportunity to design, build and fly a scientific experiment in microgravity, as part of their Masters or PhD thesis. The chosen teams participate in a series of parabolic flights on the Airbus A300 Zero G aircraft.