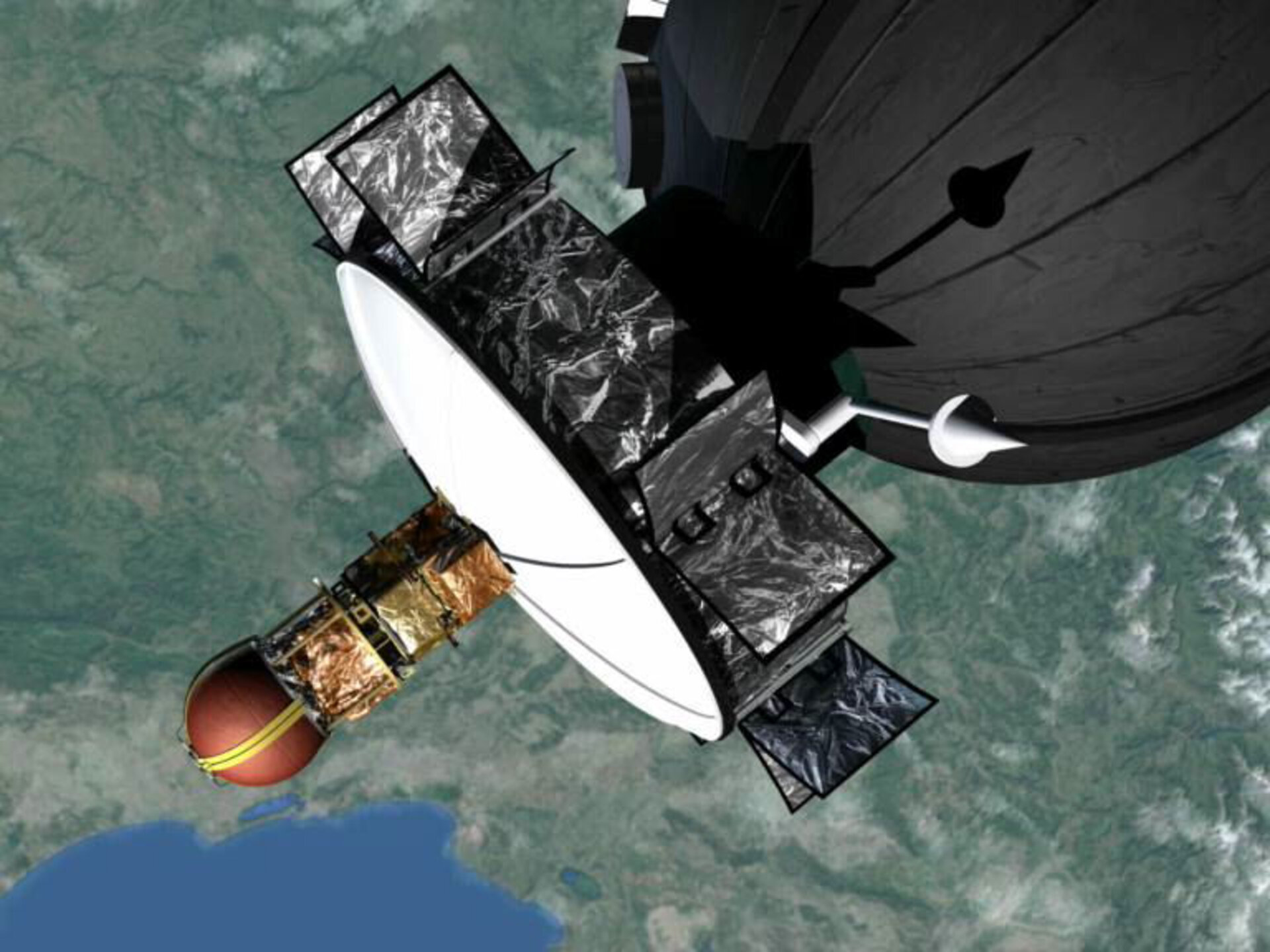 With only two days to go before lift-off, hundreds of students around the world are eagerly anticipating the launch of a unique experiment, known as the second Young Engineers Satellite (YES2).

If all goes according to plan, a Soyuz rocket will blast off from Baikonur cosmodrome, Kazakhstan, carrying ESA’s Foton-M3 microgravity mission. Perched on top of the Foton spacecraft built by TsSKB will be a tiny payload that is the culmination of more than 5 years of design and development work, construction and testing by students and an industrial prime contractor.

The launch of the 36 kg YES2 experiment is scheduled to take place on 14 September at approximately 13:00 CEST (midday BST). The Soyuz will place the Foton satellite and its piggyback passenger into an orbit between 250 and 300 km above the Earth. Every 90 minutes the spacecraft will sweep around the planet, travelling from the edge of the Arctic Circle to the edge of the Antarctic Circle.

For the first 11 days, the mission will conduct a series of microgravity experiments provided by ESA and various European research institutions. Then, towards the end of the flight, between 05:00 and 06:00 CEST (04:00 and 05:00 BST) on 25 September, an automatic activation sequence will be initiated, sending a wake-up call to YES2.

Over the next one to two hours Foton will rotate itself in a vertical direction with YES2 pointing towards Earth, and then the 30 km long tether will be deployed and gradually unwound below Foton. Even before it is fully extended, the tether will be visible from the ground at high latitudes (see below).

Swinging forward of Foton at the lower end of the tether will be the Fotino re-entry capsule. At exactly the right moment when the tether swings back underneath Foton, the capsule will be released, sending it on a headlong descent towards the Earth’s atmosphere. Protected by a heat shield, the little capsule will plunge through the atmosphere for about 20 minutes, until it reaches an altitude of about 5 km, when a parachute will deploy to ensure a soft landing on the steppes of Kazakhstan.

“This will be moment the YES2 team has been waiting for,” said Roger Walker, ESA’s YES2 project manager. “We hope to achieve a number of objectives: the deployment of the 30 km tether, the successful de-orbit of the lightweight re-entry capsule using the tether rather than a rocket engine, and the survival of the capsule all the way to the ground.

“If all goes well, we should have confirmation of landing using an Argos radio beacon in the capsule. Our main concern will be to confirm the successful parachute landing of Fotino in the targeted landing zone. However, no matter how many of our objectives are achieved, we will be able to say with pride that YES2 has been a very valuable and inspirational project for the student community in Europe and internationally.”

The metre-long YES2 payload is made up of three elements:

Skywatchers in southern Chile and Argentina, eastern Russia, Alaska and Antarctica should be able to observe the historic deployment of the longest tether ever placed in space. Glinting in the twilight around dawn or dusk, the white cord drifting across the heavens should be a memorable sight. If you happen to be lucky enough to capture any images of this unique event, ESA would like to hear from you. Full tether visibility information can be found on the ‘Observe YES2’ web page. Send all your YES2 deployment pictures and videos to yes2@esa.int

More than 450 students from the ESA Member States, as well as Russia, Poland, Japan, North America and Australia, have participated in the YES2 project since it began 5 years ago.

The ESA Education Office oversees the YES2 educational project and is the primary contributor of funding for student organisation and spacecraft hardware. The cost of the launch is covered by the Education Office and the agency’s Directorate of Human Spaceflight, Microgravity and Exploration. Technical support has been given by ESTEC staff in the Directorate of Technical and Quality Management.