The outdoor webcam at ESA's Cebreros deep space tracking station was switched on in September 2005, shortly after the station's inauguration. It was upgraded in September 2018.

The live Cebreros station webcam image is below. It will automatically refresh every 5 minutes. It runs 24 hrs per day, so if the image is very dark, it's night time in Spain! 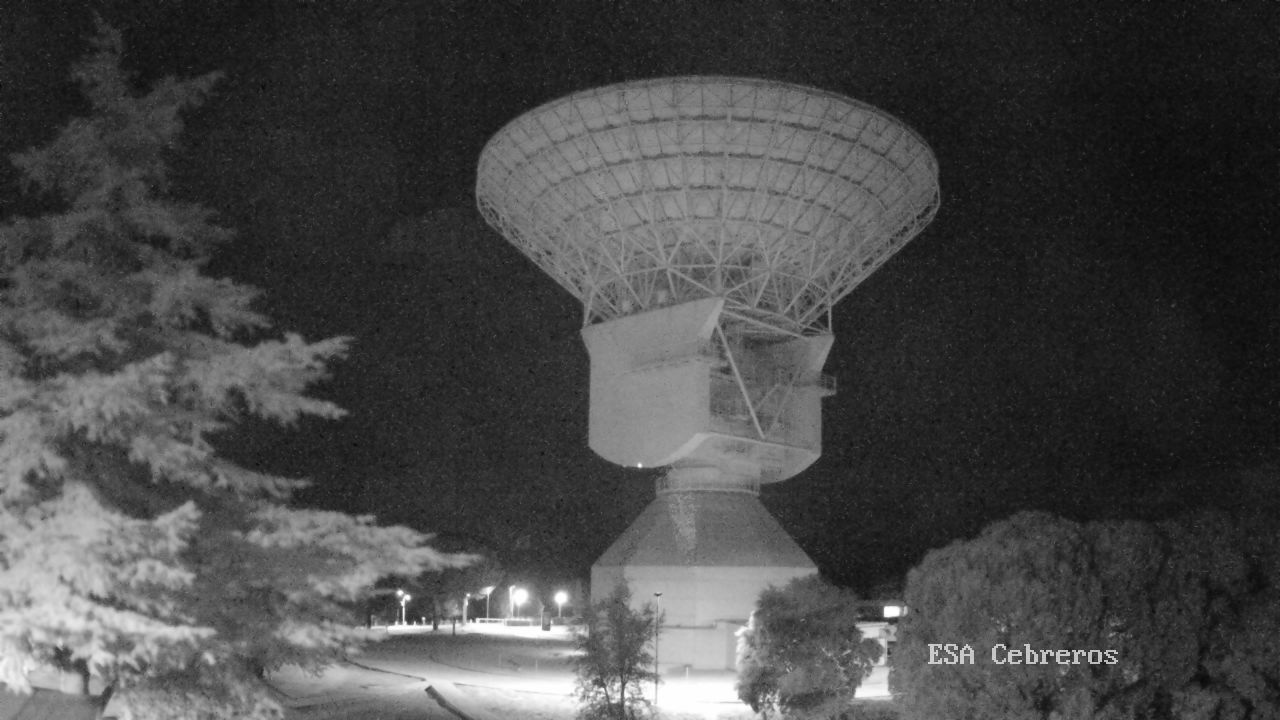 The 35 meter antenna at Cebreros, in the province of Ávila, is only 50 minutes away from ESAC (ESA Space Astronomy Centre located in Villanueva de la Cañada, Madrid). It is one of the three deep-space ground stations that belong to ESA, the others being in New Norcia, Australia and Malargüe, Argentina.

The Cebreros Deep Space Station was inaugurated in September 2005, in time to support the Venus Express mission. It is designed for deep-space satellite missions and provides daily support to Gaia, Mars Express and Exomars for routine operations, and in the near future it will support Bepi-Colombo.

During routine operations, the antenna is remotely operated from the Estrack Control Centre (ECC) located at ESOC, Darmstadt, Germany.

The Cebreros antenna incorporates state-of-the-art technology which provides some advantages in comparison to the New Norcia facility (DSA-1), ESA's first deep space antenna. For instance, the Cebreros data acquisition capacity is higher, due to the fact that it receives signals in the Ka band (31.8 - 32.3 GHz) and K band (18 - 27 GHz). Cebreros also has a higher pointing accuracy, with a maximum error of 6.0 millidegrees.

Cebreros was completed in September 2005 after two years of construction by an industrial consortium, led by the Canadian company SED Systems. The Spanish firms Esteyco and Necso built the antenna tower infrastructure, and LV Salamanca was responsible for building refurbishment.