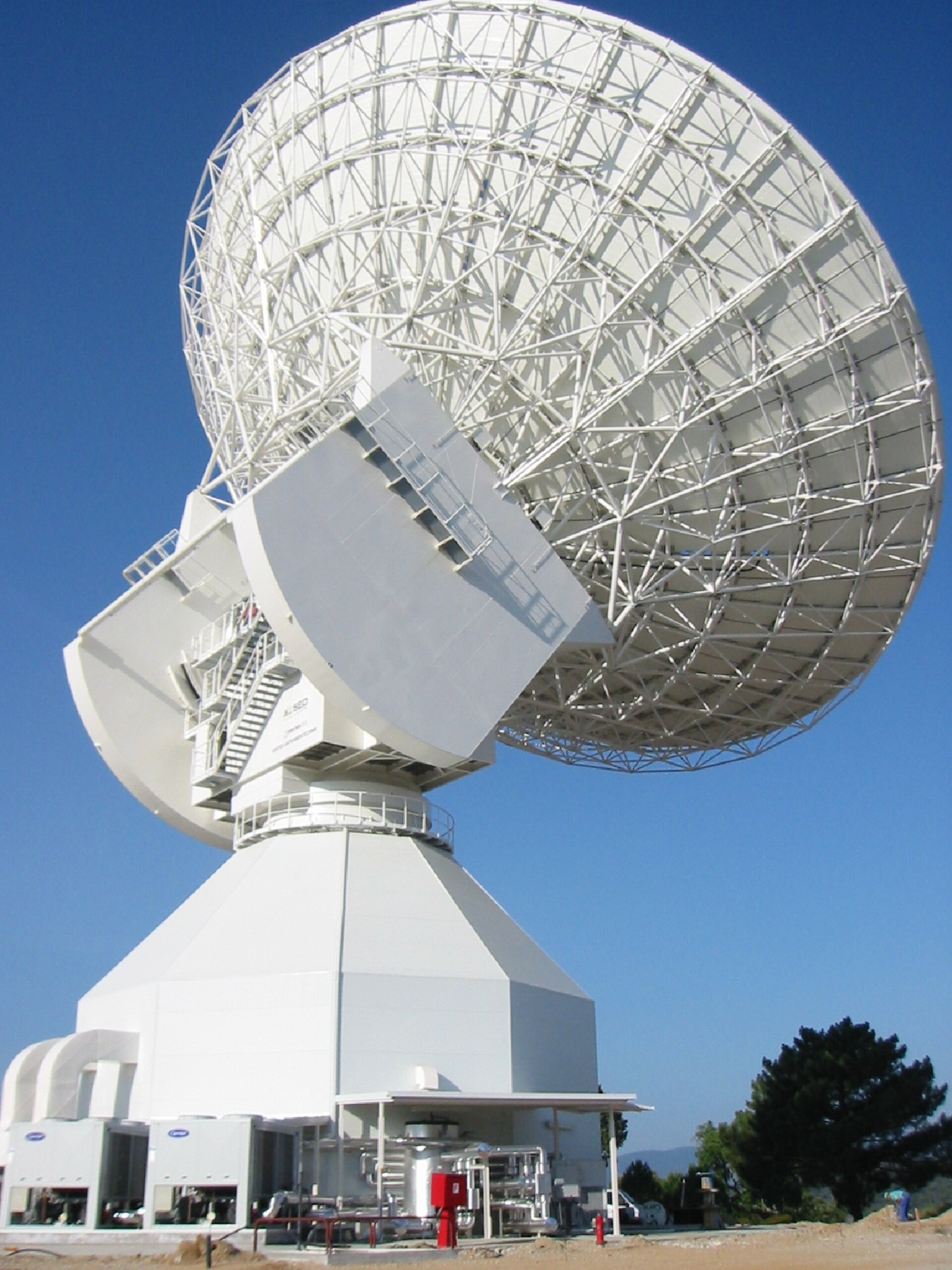 Built on the site of a former NASA tracking station, the new 35-metre deep space antenna is ready for operations just in time to support ESA's Venus Express, scheduled for launch on 26 October.

The Cebreros facility comprises not only the most readily noticeable structure -- the 40-metre tall antenna weighing 620 tonnes -- but also the supporting ground infrastructure, including the operations building, the power building, communications links and related work facilities.

The deep space antenna, referred to as DSA2 (DSA1 is at New Norcia, Australia), provides significant improvements to ESA's worldwide ESTRACK tracking network through the addition of Ka-band reception capability as well as improvements in pointing accuracy, wind resistance and speed of movement. ESTRACK is controlled from ESA's Space Operations Centre (ESOC).

Future deep space missions are expected to transmit increasing amounts of data from hundreds of millions of kilometres and require higher frequencies to increase their data return.

Cebreros was therefore designed to receive signals from spacecraft in the Ka-band at 31.8 – 32.3 Gigahertz (GHz) and is equipped for future upgrade to transmit in Ka-band as well. Furthermore, the station also transmits and receives in X-band at 7.1 GHz and 8.5 GHz, respectively.

The "beam waveguide" concept is at the heart of Cebreros' antenna technology. Ka-band reception capability is enabled by use of a dichroic mirror 1.2 x 1.1 metres in size. The mirror is 7.9 millimetres thick and has several thousand rectangular holes drilled to an accuracy of 10 micrometres

The dichroic mirror reflects radio signals in the X-band and transmits those in the Ka-band, thus channelling signals received from the main antenna dish into the correct receiver.

A second dichroic mirror will be implemented in the future to enable transmission in the Ka-band as well (see Figure and images).

Among improvements in wind resistance ability and speed of rotation, Cebreros' antenna features a state-of-the-art Pointing Calibration System (PCS) developed by lead contractor, SED Systems, who worked in cooperation with ESA and industrial partners from numerous ESA member states on the overall construction.

The PCS limits the antenna pointing error to within 6.0 millidegrees, a factor of 10 better than for standard ESA 15-metre antennas. This precise mechanical accuracy is required due to Cebreros' use of the Ka-band for high-frequency communications and is achieved by means of a very stiff mechanical structure and 250 temperature sensors mounted throughout the structure to automatically compensate for expansion and shrinkage due to temperature change.

However, the challenges in building Cebreros came not only from implementing new technology, but also from meeting tight, mission-focussed deadlines.

"Everyone involved in the €30-million project knew that there was a fixed end date; the station had to be ready to support Venus Express," said one of the many infrastructure engineers involved in the project.

Others involved in the planning and implementation agreed that cooperation and coordination between ESA, the lead contractors, local contractor companies and the Spanish government was excellent.

The contract to build DSA2 was let in February 2003 and a 15-month period of demanding work began in early 2004.

Building Cebreros' site installations was not a trivial undertaking; specifications for site infrastructure and the power system alone ran to over 100 pages, and taking over the abandoned tracking site was definitely a mixed blessing.

There was little trouble getting building permissions, but the existing buildings had suffered from years of disuse. One early inspection revealed old technical documents relating to NASA's Voyager missions, launched two weeks apart in summer 1977 -- over 25 years ago.

By the time the site infrastructure was ready in March 2005, contractors had refurbished 1050 sqm of work space in the operations building (after truckloads of ancient computers had been hauled off for display in a future space museum), installed plumbing, heating, cooling and electrical and communication hook-ups, and set up the power building and equipped it with two diesel engines to generate 1000 kW of electricity -- supported by four back-up battery units.

This will provide significant personnel cost savings over the life of the station.

Having been completed on time and on budget, and having completed acceptance testing last month, the antenna's first task will be to support Venus Express, ESA's first mission to Earth's nearest planetary neighbour.

Cebreros' connection to the Venus mission lies not only in the giant antenna's communication abilities: The Cebreros project manager was Manfred Warhaut, who has since become the Ground Segment Manager for the Venus Express mission.

He'll have the satisfaction of knowing commands sent up and bytes of data received by the Flight Control Team and mission scientists will be handled by an antenna that he helped create -- aided by good teamwork and new technology.

Among ESA staff who worked for many months to make today's inauguration a reality, Gerard Servoz will be sadly missed. In his former position as an infrastructure engineer, Mr. Servoz contributed greatly to Cebreros but died unexpectedly before seeing it complete.