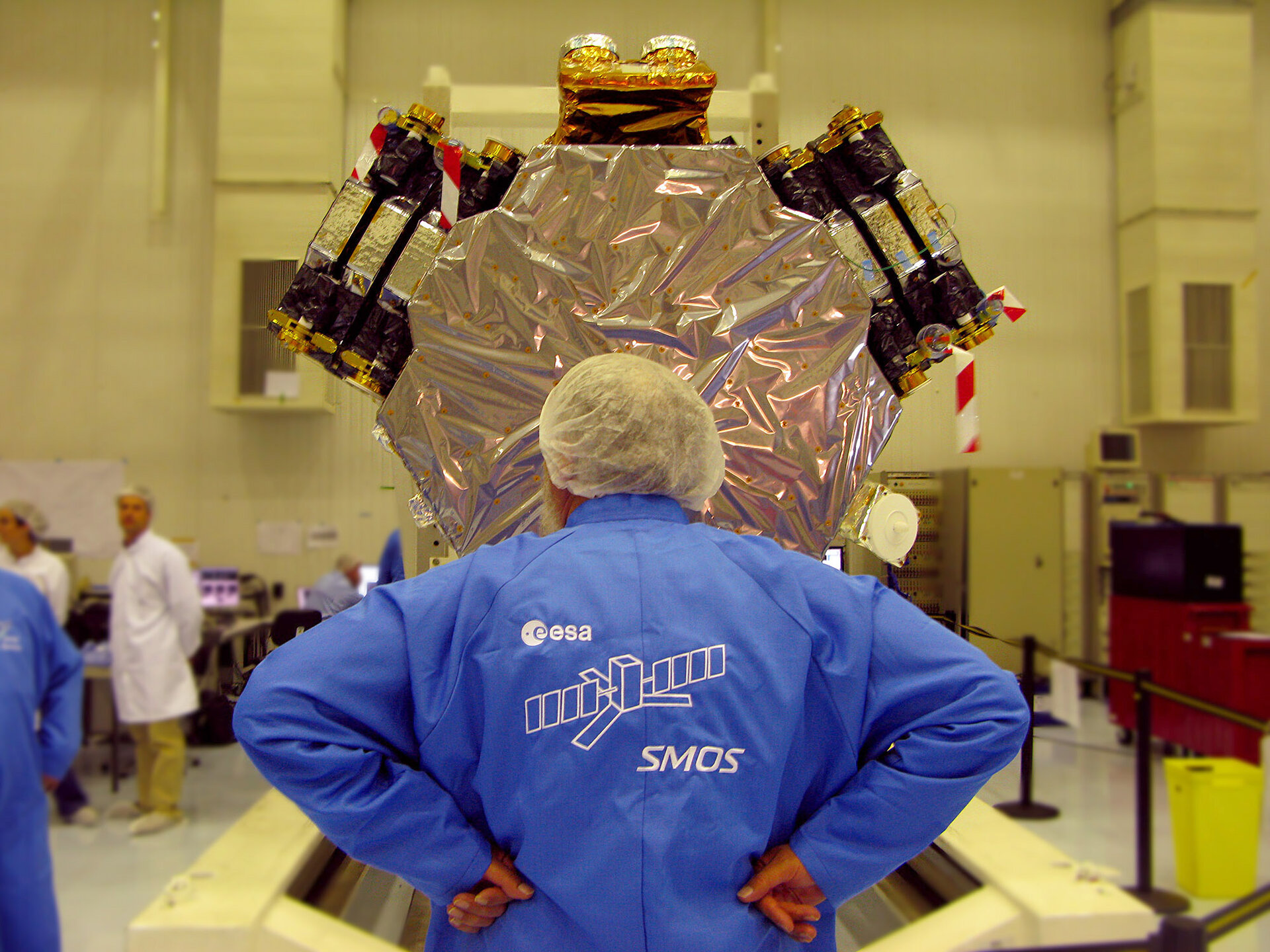 Following confirmation from Eurockot Launch Services that they will launch ESA's SMOS mission on 9 September this year, the satellite has just been taken out of storage – providing an opportunity for the media to view the satellite before it is prepared for shipment to the launch site in Russia.

The Soil Moisture and Ocean Salinity (SMOS) mission is the next Earth Explorer in line for liftoff after the successful launch of the Gravity field and steady-state Ocean Circulation Explorer (GOCE) six weeks ago. After being in storage at Thales Alenia Space in the south of France for almost a year, the SMOS satellite has just been unveiled and presented to the media at a one-day event held on 24 April.

Leading journalists from around Europe gathered in Cannes, France to view the SMOS satellite first hand and learn more about how this mission will employ new technology to improve our understanding of Earth's water cycle.

ESA's SMOS Project Manager Achim Hahne, was on hand at the event to explain how the mission works and answer questions. He commented that, "After a long idle period, we now see light at the end of the tunnel and can start to do the final planning and preparations for the launch campaign."

Through the use of this new technology SMOS will measure concentrations of moisture in soil and salt in the oceans for a deeper understanding of the water cycle and a better understanding of how a changing climate may be affecting patterns of evaporation over the ocean and land. Data on salinity in the surface waters of the oceans will also advance our knowledge of ocean circulation, which is important in moderating the climate.

The SMOS satellite is about to undergo some testing prior to the Flight Acceptance Review on 25 May, which is expected to signal the 'green light' for shipment to the Plesetsk Cosmodrome in northern Russia. Once it has arrived safely at the launch site in the summer, the satellite will be thoroughly tested and prepared for launch on 9 September.

ESA is launching Proba-2 along with SMOS. The Proba-2 satellite serves as a test bed for 17 new technological developments and carries experiments to observe the Sun and contribute to research into space weather.