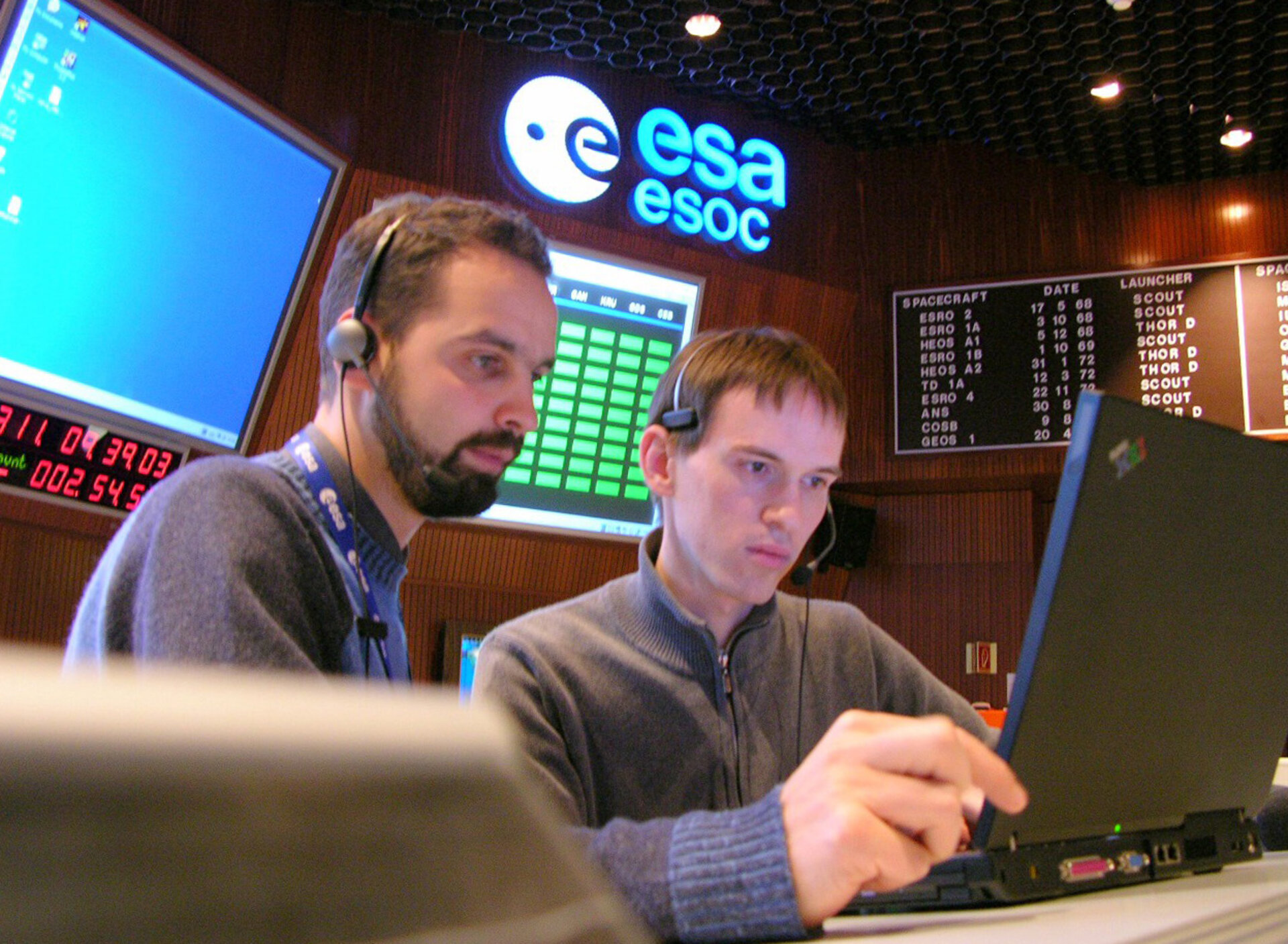 At 07:00 CET Monday, the Venus Express mission clock began ticking down to Wednesday's launch. The excitement at ESOC and particularly in the Main Control Room is palpable as launch preparations get under way.

Throughout Monday, the Mission Control Team (MCT) ran through final checks and verifications. This is no simulation: the communications loop is live; the tracking stations are on net, real telemetry is flowing from the spacecraft and, at ESOC, adrenalin is starting to pump.

"We are already receiving live telemetry from the spacecraft in Baikonur on top of the Soyuz launcher via an umbilical cable plugged into launch control and feeding back to ESOC," said Paolo Ferri, Flight Operations Director for Venus Express, manning a work station in the Main Control Room (MCR) at ESA's European Space Operations Centre (ESOC) in Darmstadt, Germany.

Paolo was 'on console' this morning at 10:30 CET overseeing the 'B' section of the MCT conduct a series of live pre-flight checks, which included confirming main and alternative data communications with the initial ground control stations for Venus Express, located in Australia, California and Kourou, French Guiana.

The 'A' section of the MCT was due to take over at mid-day to conduct a final simulation of the period after Venus Express separates from the launcher and the start of the Launch and Early Operation Phase (LEOP), one of the most critical periods in any mission.

In addition to the 'A' and 'B' sections of the MCT, other ESOC specialists provided live support, including engineers from the ESTRACK ground control centre, flight dynamics, software support and project support. "Everyone is here just like on the launch day," said Paolo.

The past two weeks saw the MCT going through see-saw emotions as the launch, originally scheduled for 26 October, was delayed with the new date initially uncertain. Pressure was made worse by the fact that Venus Express only has a narrow launch window, which closes 24 November; a suitable window will not open again until late in 2006.

"We had to do a lot of work to replan the pre- and post-launch activities, so there wasn't too much time to worry while waiting for the new date," said Paolo. "But today, people are extremely motivated." The MCT took advantage of the almost two-week delay to schedule an additional complete simulation as well as other training.

Dividing the MCT into 'A' and 'B' sections ensures that the control room is staffed 24 hours per day during LEOP, an example of ESOC's 'leave nothing to chance' approach. There are also primary and back-up systems for all software, ground stations and mission control systems; ESOC even has a back-up power supply on site to ensure continuous functioning in the event of a power failure.

Once the Venus Express LEOP phase ends, primary ground station duties will be taken over by ESA's newest deep space antenna, the 35-metre dish at Cebreros, Spain. Cebreros is scheduled to come online during Pass 4, which occurs two days after launch. Cebreros was officially inaugurated in September 2005 and supporting Venus Express is the station's first operational mission.

For launch, ground station support will be provided by New Norcia, Canberra and Perth, Australia; Goldstone, California; and Kourou, French Guiana. Receipt of first telemetry, a crucial step in LEOP, is expected from the satellite via New Norcia at 06:30 CET, at the earliest.