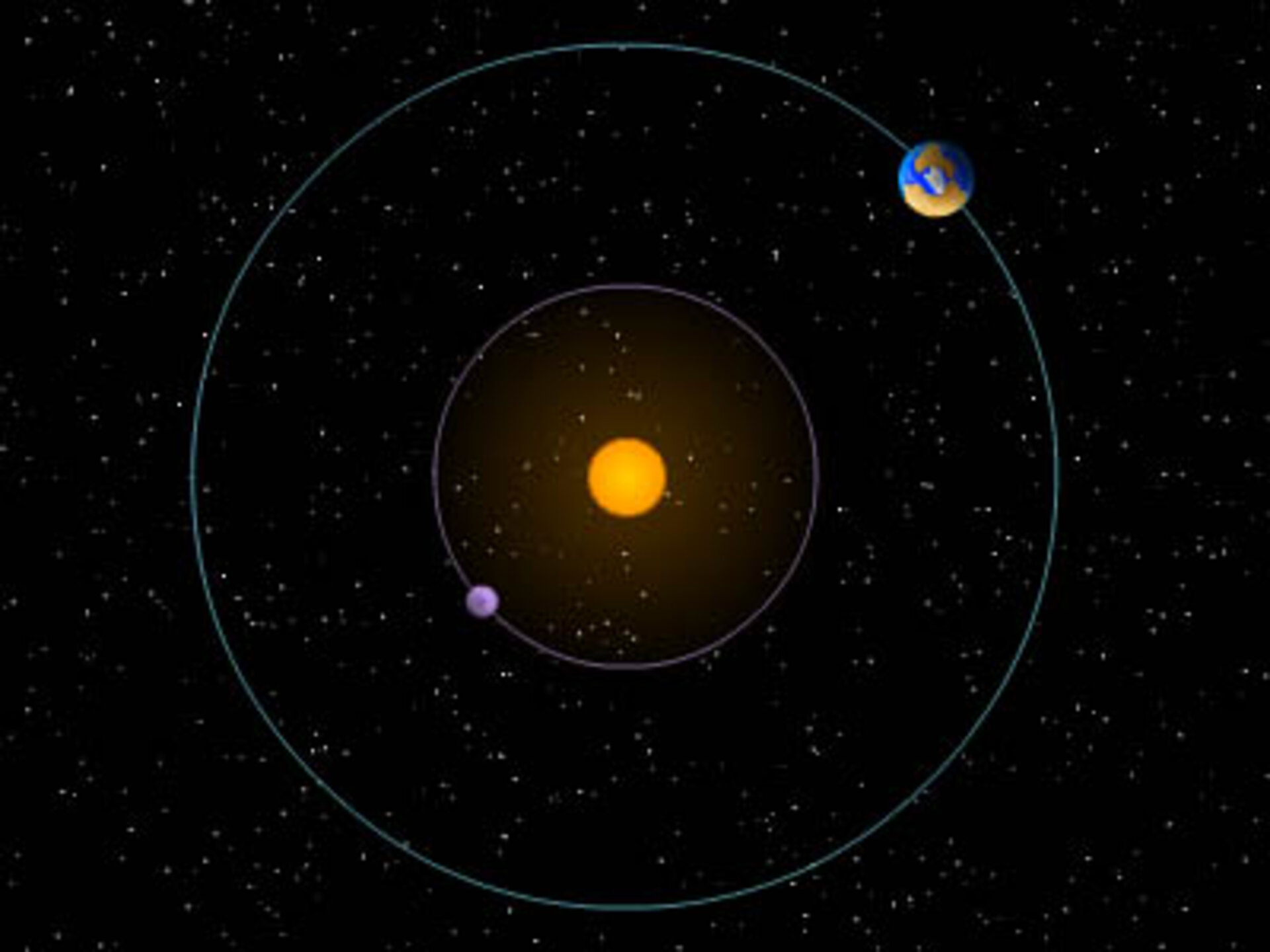 There are five other locations around a planet’s orbit where the gravitational forces and the orbital motion of the spacecraft, Sun and planet interact to create a stable location from which to make observations. These points are known as Lagrangian or ‘L’ points, after the 18th century Italian astronomer and mathematician Joseph-Louis Lagrange (born Giuseppe Luigi Lagrancia).

L1
The closer an object is to the Sun, the faster it will move. So, any spacecraft going around the Sun in an orbit smaller than Earth's will soon overtake our planet. However, there is a loophole: if the spacecraft is placed directly between the Sun and Earth, Earth's gravity pulls it in the opposite direction and cancels some of the Sun’s pull. With a weaker pull towards the Sun, the spacecraft needs less speed to maintain its orbit, so it can slow down.  If the distance is just right – about a hundredth of the distance to the Sun – the spacecraft will travel slowly enough to keep its position between the Sun and the Earth. This is L1, and is a good position from which to monitor the Sun since the constant stream of particles from the Sun, the solar wind, reaches L1 about an hour before reaching Earth. SOHO, the ESA/NASA solar watchdog is positioned there.

An effect similar to that which causes L1, also occurs on the ‘night’ side of Earth beyond Earth’s orbit. A spacecraft placed there is more distant from the Sun and therefore should orbit it more slowly than Earth; but the extra pull of our planet adds to that of the Sun's, and allows the spacecraft to move faster, keeping pace with Earth. L2 is located 1.5 million kilometres directly 'behind' the Earth as viewed from the Sun.

L2 is a great place from which to observe the larger Universe. A spacecraft here does not have to orbit Earth and so is spared from sweeping in and out of our planet’s shadow, heating up and cooling down, and distorting its view. ESA has a number of missions that are currently, or will be, making use of this region: Herschel, Planck, Gaia and the James Webb Space Telescope.

L3 lies behind the Sun, opposite Earth, just beyond our planet’s orbit.  Objects in L3 cannot be seen from Earth. It offers the potential to observe the far side of the Sun.

A spacecraft at L1, L2, or L3 is ‘meta-stable’, like a ball sitting on top of a hill. A little push or bump and it starts moving away, so a spacecraft must use frequent rocket firings to stay in so-called 'halo orbits' around the Lagrangian point.

As seen from the Sun, the L4 and L5 points lie at 60 degrees ahead of and behind Earth, close to its orbit. Unlike the other Lagrange points, L4 and L5 are resistant to gravitational perturbations. Because of this stability, objects such as dust and asteroids tend to accumulate in these regions.

At L4 or L5, a spacecraft is truly stable, like a ball in a large bowl. When gently pulled out of place, it orbits the Lagrange point without drifting away.