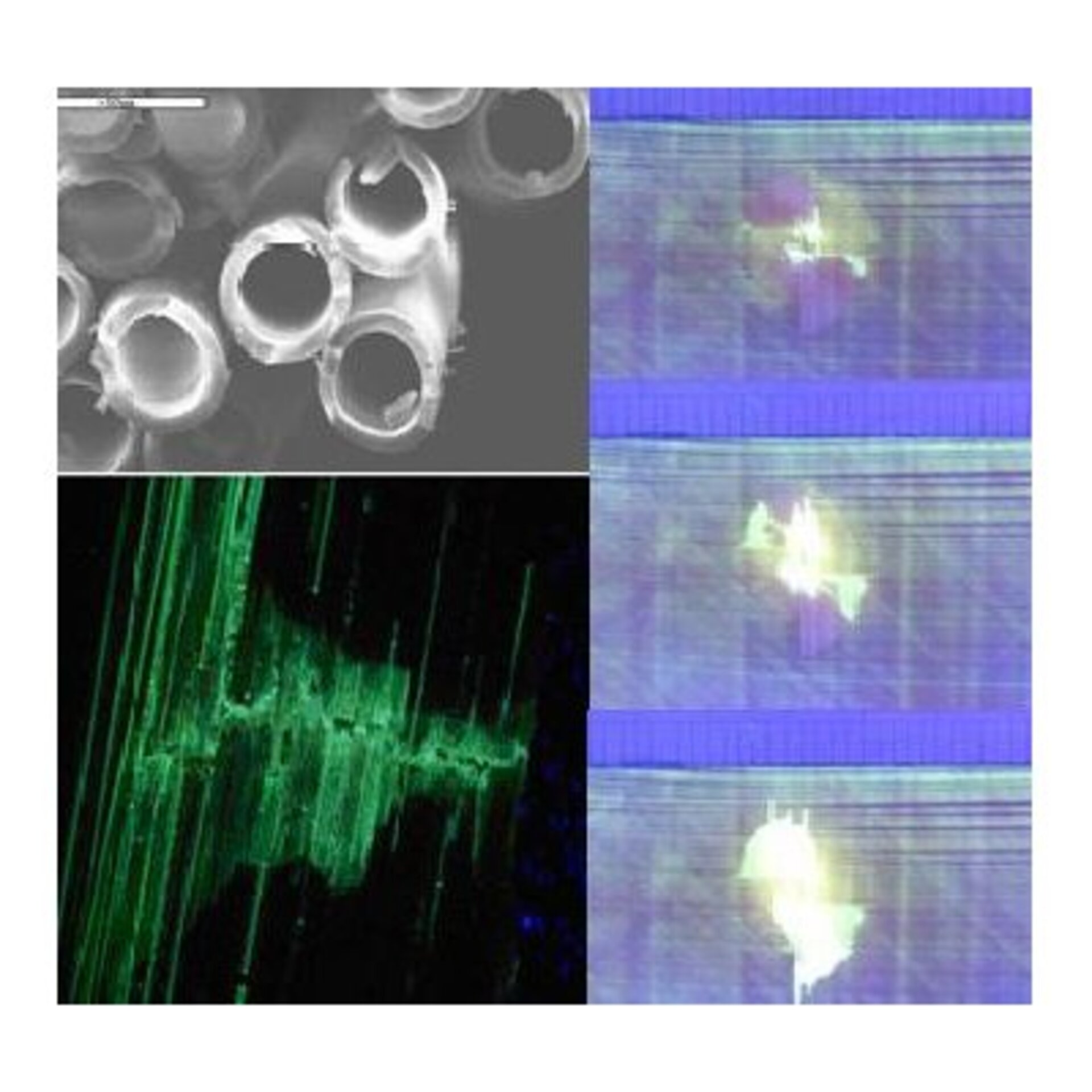 Thanks to a new study funded by ESA's General Studies Programme, and carried out by the Department of Aerospace Engineering, University of Bristol, UK, engineers have taken a step towards that amazing possibility. They took their inspiration from nature.

"When we cut ourselves we don't have to glue ourselves back together, instead we have a self-healing mechanism. Our blood hardens to form a protective seal for new skin to form underneath," says Dr Christopher Semprimoschnig, a materials scientist at ESA's European Space Technology Research Centre (ESTEC) in the Netherlands, who oversaw the study.

He imagined such cuts as analogous to the 'wear-and-tear' suffered by spacecraft. Extremes of temperature can cause small cracks to open in the superstructure, as can impacts by micrometeroids - small dust grains travelling at remarkable speeds of several kilometres per second. Over the lifetime of a mission the cracks build up, weakening the spacecraft until a catastrophic failure becomes inevitable.

The challenge for Semprimoschnig was to replicate the human process of healing small cracks before they can open up into anything more serious. He and the team at Bristol did it by replacing a few percent of the fibres running through a resinous composite material, similar to that used to make spacecraft components, with hollow fibres containing adhesive materials. Ironically, to make the material self-repairable, the hollow fibres had to be made of an easily breakable substance: glass. "When damage occurs, the fibres must break easily otherwise they cannot release the liquids to fill the cracks and perform the repair," says Semprimoschnig.

In humans, the air chemically reacts with the blood, hardening it. In the airless environment of space, alternate mechanical veins have to be filled with liquid resin and a special hardener that leak out and mix when the fibres are broken. Both must be runny enough to fill the cracks quickly and harden before it evaporates.

"We have taken the first step but there is at least a decade to go before this technology finds its way onto a spacecraft," says Semprimoschnig, who believes that larger scale tests are now needed.

The promise of self-healing spacecraft opens up the possibility of longer duration missions. The benefits are two-fold. Firstly, doubling the lifetime of a spacecraft in orbit around Earth would roughly halve the cost of the mission. Secondly, doubling spacecraft lifetimes means that mission planners could contemplate missions to far-away destinations in the Solar System that are currently too risky.

In short, self-healing spacecraft promise a new era of more reliable spacecraft, meaning more data for scientists and more reliable telecommunication possibilities for us all.