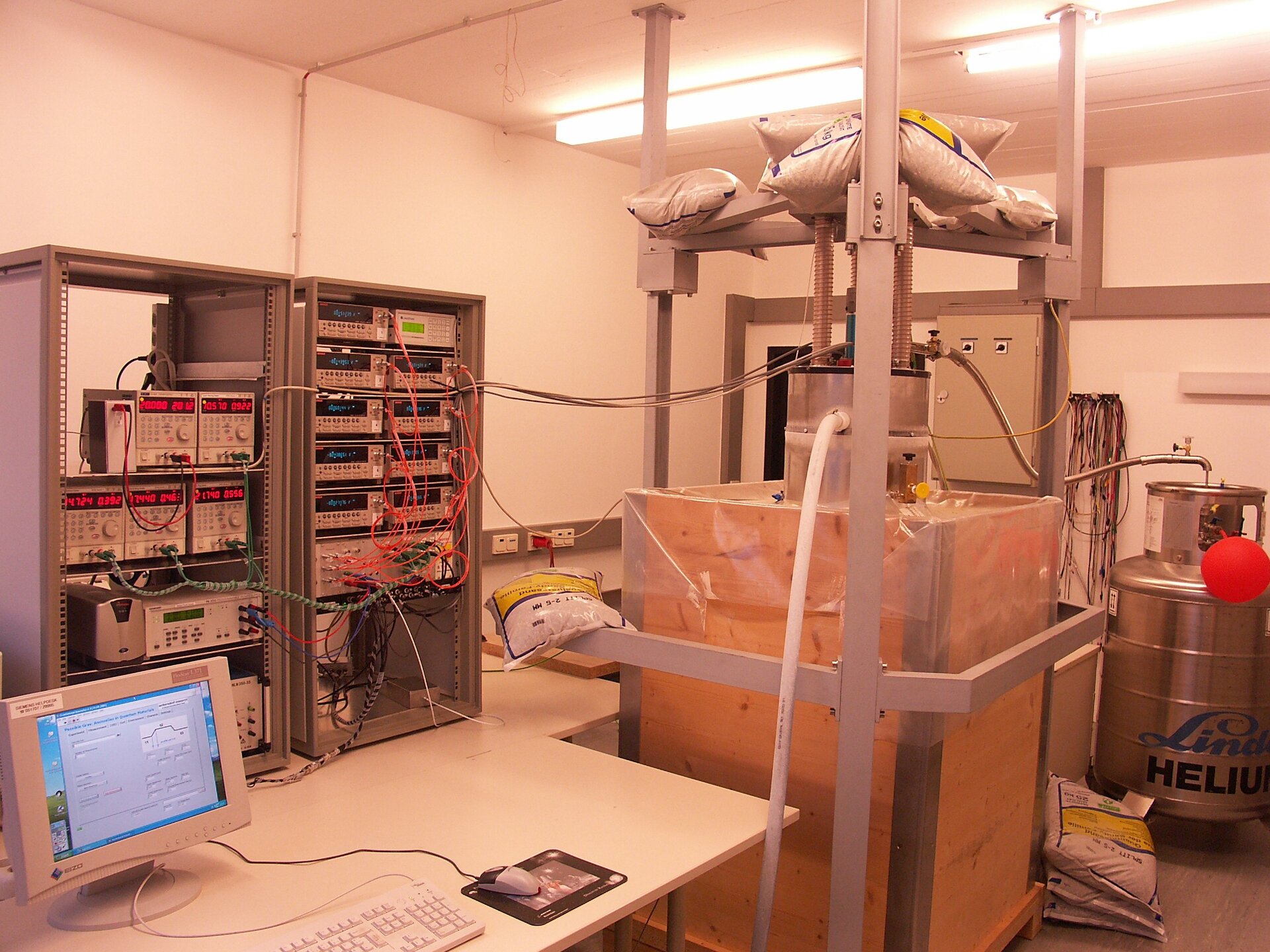 Scientists funded by the European Space Agency believe they may have measured the gravitational equivalent of a magnetic field for the first time in a laboratory. Under certain special conditions the effect is much larger than expected from general relativity and could help physicists to make a significant step towards the long-sought-after quantum theory of gravity.

Just as a moving electrical charge creates a magnetic field, so a moving mass generates a gravitomagnetic field. According to Einstein's Theory of General Relativity, the effect is virtually negligible. However, Martin Tajmar, ARC Seibersdorf Research GmbH, Austria, and colleagues believe they have measured the effect in a laboratory.

Their experiment involves a ring of superconducting material rotating up to 6 500 times a minute. Superconductors are special materials that lose all electrical resistance at a certain temperature. Spinning superconductors produce a weak magnetic field, the so-called London moment. The new experiment tests a conjecture that explains the difference between high-precision mass measurements of Cooper-pairs (the current carriers in superconductors) and their prediction via quantum theory. They have discovered that this anomaly could be explained by the appearance of a gravitomagnetic field in the spinning superconductor (This effect has been named the Gravitomagnetic London Moment by analogy with its magnetic counterpart).

Small acceleration sensors placed at different locations close to the spinning superconductor, which has to be accelerated for the effect to be noticeable, recorded an acceleration field outside the superconductor that appears to be produced by gravitomagnetism. "This experiment is the gravitational analogue of Faraday's electromagnetic induction experiment in 1831.

It demonstrates that a superconductive gyroscope is capable of generating a powerful gravitomagnetic field, and is therefore the gravitational counterpart of the magnetic coil. Depending on further confirmation, this effect could form the basis for a new technological domain, which would have numerous applications in space and other high-tech sectors" says ESA study manager Clovis de Matos. Although just 100 millionths of the acceleration due to the Earth’s gravitational field, the measured field is a surprising one hundred million trillion times larger than Einstein’s General Relativity predicts. Initially, the researchers were reluctant to believe their own results.

"We ran more than 250 experiments, improved the facility over 3 years and discussed the validity of the results for 8 months before making this announcement. Now we are confident about the measurement," says Tajmar, who performed the experiments and hopes that other physicists will conduct their own versions of the experiment in order to verify the findings and rule out a facility induced effect.

In parallel to the experimental evaluation of their conjecture, Tajmar and team also looked for a more refined theoretical model of the Gravitomagnetic London Moment. They took their inspiration from superconductivity. The electromagnetic properties of superconductors are explained in quantum theory by assuming that force-carrying particles, known as photons, gain mass. By allowing force-carrying gravitational particles, known as the gravitons, to become heavier, they found that the unexpectedly large gravitomagnetic force could be modelled.

"If confirmed, this would be a major breakthrough," says Tajmar, "it opens up a new means of investigating general relativity and it consequences in the quantum world."

The results, obtained in the framework of an ESA contract, were presented at a one-day conference at ESA's European Space and Technology Research Centre (ESTEC), in the Netherlands, 21 March 2006. Two papers detailing the work are now being considered for publication. The papers can be accessed on-line at the Los Alamos pre-print server using the references: gr-qc/0603033 and gr-qc/0603032.