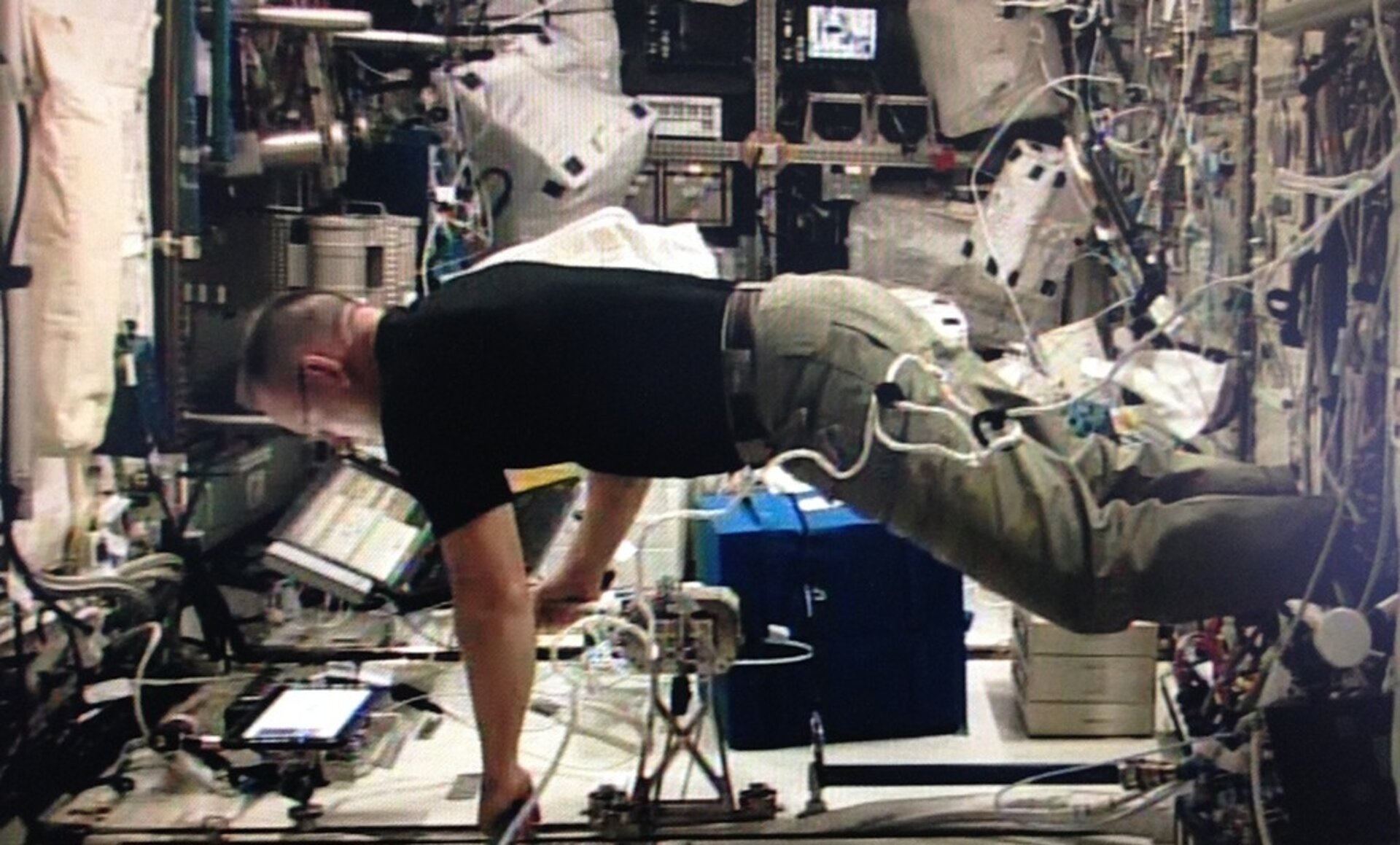 In a milestone for space robotics, the International Space Station has hosted the first full run of ESA’s experiment with a force-reflecting joystick.

Think of the kind of tasks you can do with your hands without looking down, such as typing or tying laces. These are helped by ‘force feedback’ – the touch you feel in your hands and fingertips.

Harnessing that sensation for robotics would extend the human sense of touch to space or other remote areas, making robotic control much more natural and easy.

Ultimately, robots could work thousands or tens of thousands of kilometres away, yet perform tasks of equal complexity to those a human operator could manage with objects immediately at hand.

NASA crewmember Barry Wilmore operated the force-feedback joystick to gather information on physiological factors such as sensitivity of feeling and perception limits. He finished a first run on New Year’s Eve.

The deceptively simple-looking lever is connected to a servomotor that can withstand any force an astronaut operator might unleash on it, while generating forces that the astronaut will feel in turn – just like a standard video gaming joystick as a player encounters an in-game obstacle. The joystick measures such forces at a very high resolution.

To stop the weightless users being pushed around by the force, the ‘Haptics-1’ experiment can be mounted either to a body harness or be fixed to the Station wall.

“With Haptics-1 we are paving the way towards an entirely new type of combined human–robot mission,” explains André Schiele, the experimenter and founder of ESA’s Telerobotics and Haptics Laboratory.

“We are investigating in fine detail the limits of human perception and ability to apply fine forces and manipulation with their limbs and hands in a weightless environment.

“This allows us to understand the technology boundaries for advanced robotic equipment to support human astronauts in space when performing remote robotic control tasks.

“In addition to measuring physiological factors, Haptics-1 is providing important insights into how force-reflection from a remote robotic system changes human perception in space.

“With these measurements, advanced robotic control equipment can be better designed to reflect the realities of human manipulation through a robotic interface in a weightless environment.”

“Haptics-1 marks the first time a force-reflecting device has been used in space. Before today, ESA, NASA or any other spacefaring nation has never gained such experience in this domain.”

In future, orbiting astronauts might be operating a rover in real time on a planet, allowing human dexterity and intuition to help explore an alien environment without the expense and danger of landing.

Such advanced robotic remote control also has many potential terrestrial applications working at sites that are inaccessible or dangerous to humans, such as deep under water or within contaminated zones.