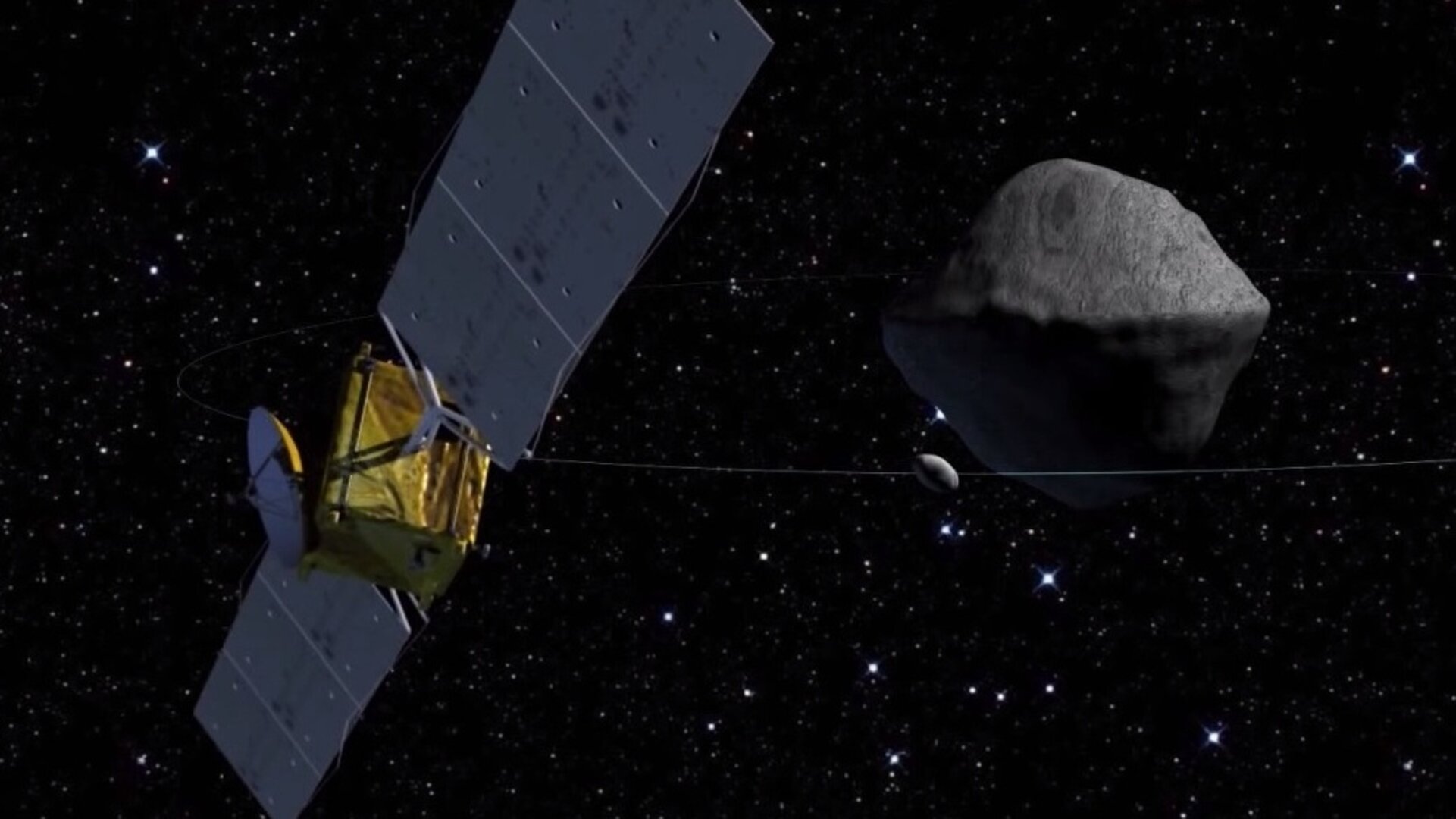 Think of it as the ultimate hitchhiking opportunity: ESA is offering CubeSats a ride to a pair of asteroids in deep space.

CubeSats are among the smallest types of satellites: formed in standard cubic units of 10 cm per side, they provide affordable access to space for small companies, research institutes and universities. One-, two- or three-unit CubeSats are already being flown.

Teams of researchers and companies from any ESA Member State are free to compete. The selected CubeSats will become Europe’s first to travel beyond Earth orbit once the Asteroid Impact Mission (AIM) is launched in October 2020.

“AIM has room for a total of six CubeSat units,” explains Ian Carnelli, managing the mission for ESA. “So potentially that might mean six different one-unit CubeSats could fly, but in practice it might turn out that two three-unit CubeSats will be needed to produce meaningful scientific return.

“We’re looking for innovative ideas for CubeSat-hosted sensors that will boost and complement AIM’s own scientific return.

“We also intend to use these CubeSats, together with AIM itself and its asteroid lander, to test out intersatellite communications networking.

"ESA’s SysNova initiative will be applied to survey a comparatively large number of alternative solutions, this competition framework giving industry and universities the opportunity to work together on developing their scientific investigations in a field that is the technological cutting edge.”

Beginning its preliminary Phase-A/B design work next month, ESA’s AIM spacecraft will be humanity’s first mission to a binary system – the paired Didymos asteroids, which come a comparatively close 11 million km to Earth in 2022. The 800 m-diameter main body is orbited by a 170 m moon.

AIM will perform high-resolution visual, thermal and radar mapping of the moon. It will also put down a lander – ESA’s first touchdown on a small body since Rosetta’s Philae landed on a comet last November.

The NASA-led Double Asteroid Redirection Test (DART) probe will impact the smaller body, while AIM will perform detailed before-and-after mapping, including pinpointing any shift in the asteroid’s orbit.

“While it will return invaluable science,” adds Ian, “AIM is conceived as a technology demonstration mission, testing out various technologies and techniques needed for deep space expeditions in future.

“These include two-way high-bandwidth optical communications – with data being returned via laser beam to ESA’s station in Tenerife – as well as intersatellite links in deep space and low-gravity lander operations.

“Once demonstrated, these capabilities will be available to future deep-space endeavours, such as Lagrange-point observatories returning large amounts of data and sample return missions to Phobos – and ultimately Mars – as well as crewed missions far beyond Earth orbit.”

The chance to put forward CubeSats is being organised as a SysNova competition, an initiative by ESA’s General Studies Programme – which is running the AIM project – to compare innovative solutions to space mission challenges.

Interested teams can get more information from the published announcement of opportunity. As a next step, qualified teams can submit initial ‘challenge responses’ describing their proposed mission concepts and how they address the defined technical challenges associated with operating such small spacecraft close to an asteroid.

The winning submissions will then be funded by ESA for further study over the next seven months, following up with a final review at ESA's ESTEC technical centre in Noordwijk, the Netherlands. The victors will then work with ESA to elaborate their designs, including sessions at ESTEC's Concurrent Design Facility.