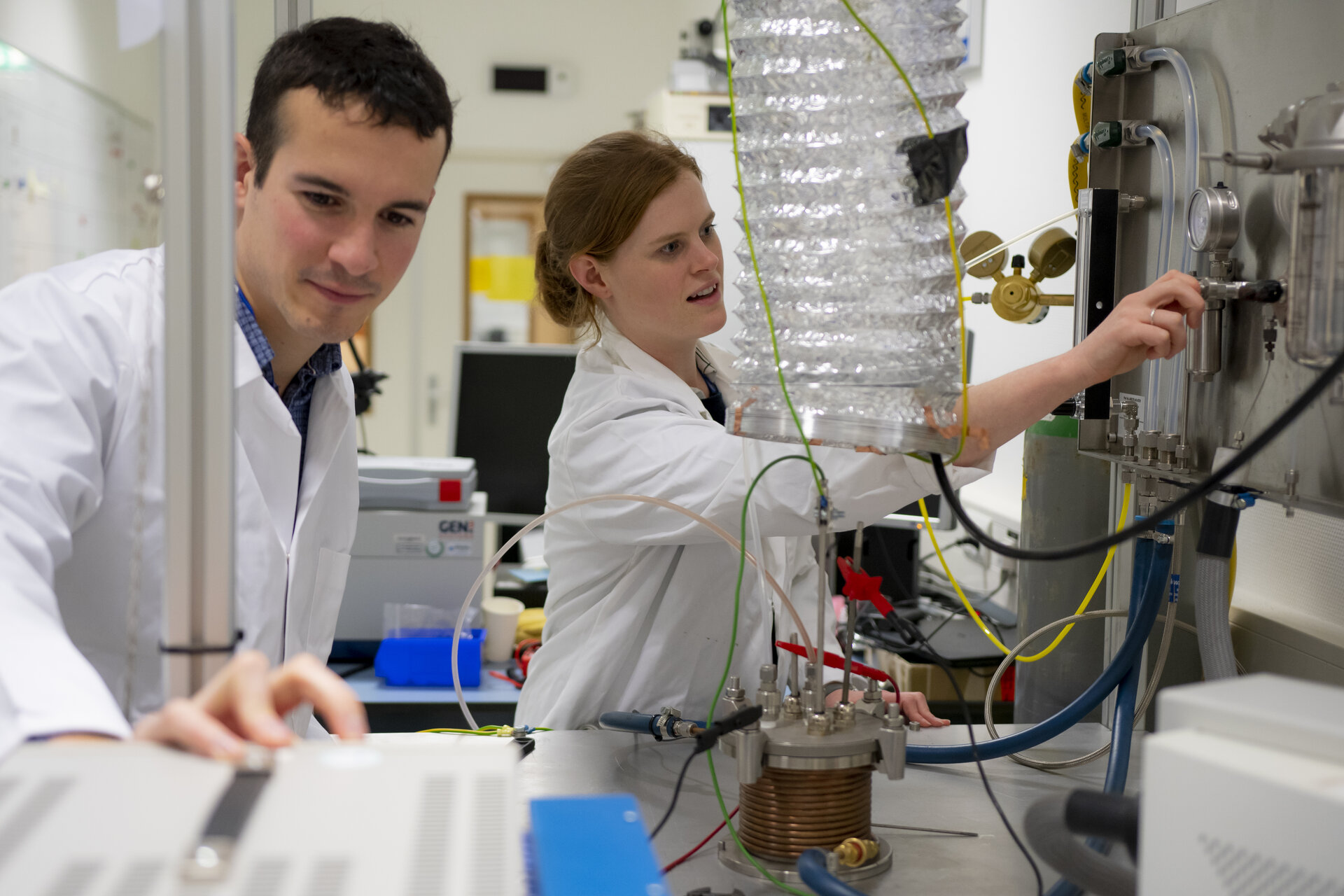 ESA’s technical heart has begun to produce oxygen out of simulated moondust.

A prototype oxygen plant has been set up in the Materials and Electrical Components Laboratory of the European Space Research and Technology Centre, ESTEC, based in Noordwijk in the Netherlands.

“Having our own facility allows us to focus on oxygen production, measuring it with a mass spectrometer as it is extracted from the regolith simulant,” comments Beth Lomax of the University of Glasgow, whose PhD work is being supported through ESA’s Networking and Partnering Initiative, harnessing advanced academic research for space applications.

“Being able to acquire oxygen from resources found on the Moon would obviously be hugely useful for future lunar settlers, both for breathing and in the local production of rocket fuel.”

ESA research fellow Alexandre Meurisse adds: “And now we have the facility in operation we can look into fine-tuning it, for instance by reducing the operating temperature, eventually designing a version of this system that could one day fly to the Moon to be operated there.”

Samples returned from the lunar surface confirm that lunar regolith is made up of 40–45% percent oxygen by weight, its single most abundant element. But this oxygen is bound up chemically as oxides in the form of minerals or glass, so is unavailable for immediate use.

ESTEC’s oxygen extraction is taking place using a method called molten salt electrolysis, involving placing regolith in a metal basket with molten calcium chloride salt to serve as an electrolyte, heated to 950°C. At this temperature the regolith remains solid.

But passing a current through it causes the oxygen to be extracted from the regolith and migrate across the salt to be collected at an anode. As a bonus this process also converts the regolith into usable metal alloys.

In fact this molten salt electrolysis method was developed by UK company Metalysis for commercial metal and alloy production. Beth’s PhD involved working at the company to study the process before recreating it at ESTEC.

“At Metalysis, oxygen produced by the process is an unwanted by-product and is instead released as carbon dioxide and carbon monoxide, which means the reactors are not designed to withstand oxygen gas itself,” explains Beth. “So we had to redesign the ESTEC version to be able to have the oxygen available to measure. The lab team was very helpful in getting it installed and operating safely.”

The oxygen plant runs silently, with the oxygen produced in the process is vented into an exhaust pipe for now, but will be stored after future upgrades of the system.

“The production process leaves behind a tangle of different metals,” adds Alexandre, “and this is another useful line of research, to see what are the most useful alloys that could be produced from them, and what kind of applications could they be put to.

“Could they be 3D printed directly, for example, or would they require  refining? The precise combination of metals will depend on where on the Moon the regolith is acquired from – there would be significant regional differences.”

The ultimate aim would be to design a ‘pilot plant’ that could operate sustainably on the Moon, with the first technology demonstration targeted for the mid-2020s.

“ESA and NASA are heading back to the Moon with crewed missions, this time with a view towards staying,” says Tommaso Ghidini, Head of ESA’s Structures, Mechanisms and Materials Division.

“Accordingly we’re shifting our engineering approach to a systematic use of lunar resources in-situ.We are working with our colleagues in the Human and Robotics Exploration Directorate, European industry and academia to provide top class scientific approaches and key enabling technologies like this one, towards a sustained human presence on the Moon and maybe one day Mars.”