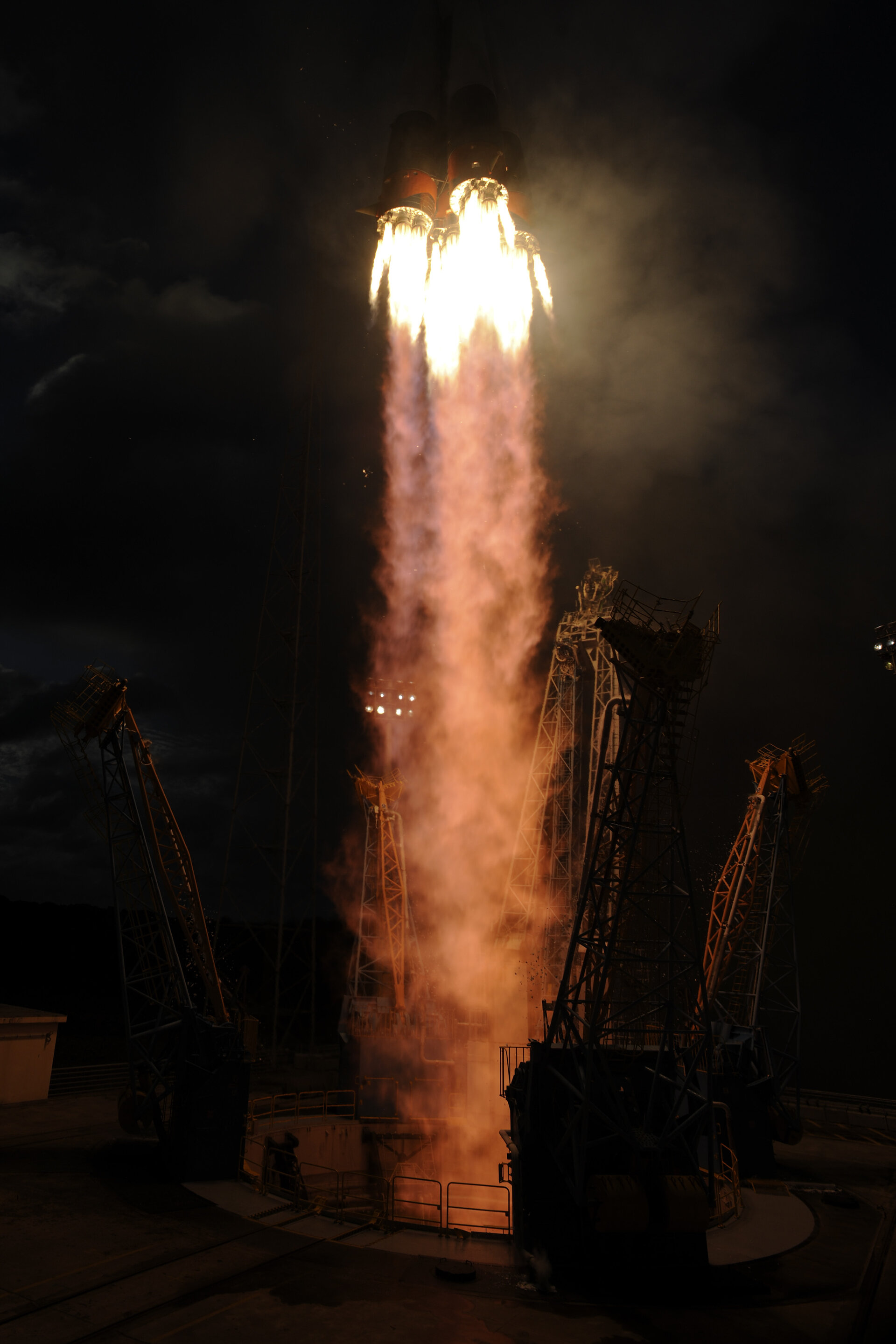 Without propulsion there could be no spaceflight. The ability to travel into and through space underpins the space industry. So, next month, hundreds of experts from around the world will gather to discuss the state-of-the-art of space propulsion – where will it take us next?

It was Sir Isaac Newton back in 1687 who first formulated the rules of the game for space travel – “For every action there is an equal and opposite reaction” – although it would take hundreds of years before this could be demonstrated in hard vacuum for real.

A century ago, rocket pioneer Robert Goddard received patents for the first liquid-propellant rocket and the first multi-stage launcher, although his claim that Newton’s law proved rocket engines would also operate in airless space was famously ridiculed in a 1920 edition of the New York Times (the newspaper formally apologised after the 1969 Moon landing).

A century on from Goddard’s landmark patents, a comprehensive snapshot of the current state of rocket propulsion will be provided at the Space Propulsion Conference in Cologne, Germany, 19–22 May.

Jointly organised by the Association Aéronautique et Astronautique de France and ESA, with the support of French space agency CNES and the German Aerospace Center DLR, the conference is the leading platform to support the preparation of future activities across all domains of space propulsion.

The event, the fourth of its kind, will include expert rocketeers from space agencies and companies all over the world. The opening day will be devoted to plenary sessions and roundtables to discuss the future course of space propulsion.

From ESA, Director General Jean-Jacques Dordain will be accompanied by the Agency’s Director of Launchers, Gaele Winters, and Director of Technical and Quality Management, Franco Ongaro.

Also attending the first day will be many of the leaders and chief technology officers of leading European aerospace companies, to give their opinions on the future of spacecraft and space transportation from the various points of view of prime contractors, mission operators and hardware suppliers.

Among ESA presentations will be details of the Agency’s propulsion test facilities, progress in chemical and electrical propulsion research and development, a focus on innovative missions such as the ion-engine-dependent BepiColombo probe to Mercury and the design evolution of the future Ariane 6.