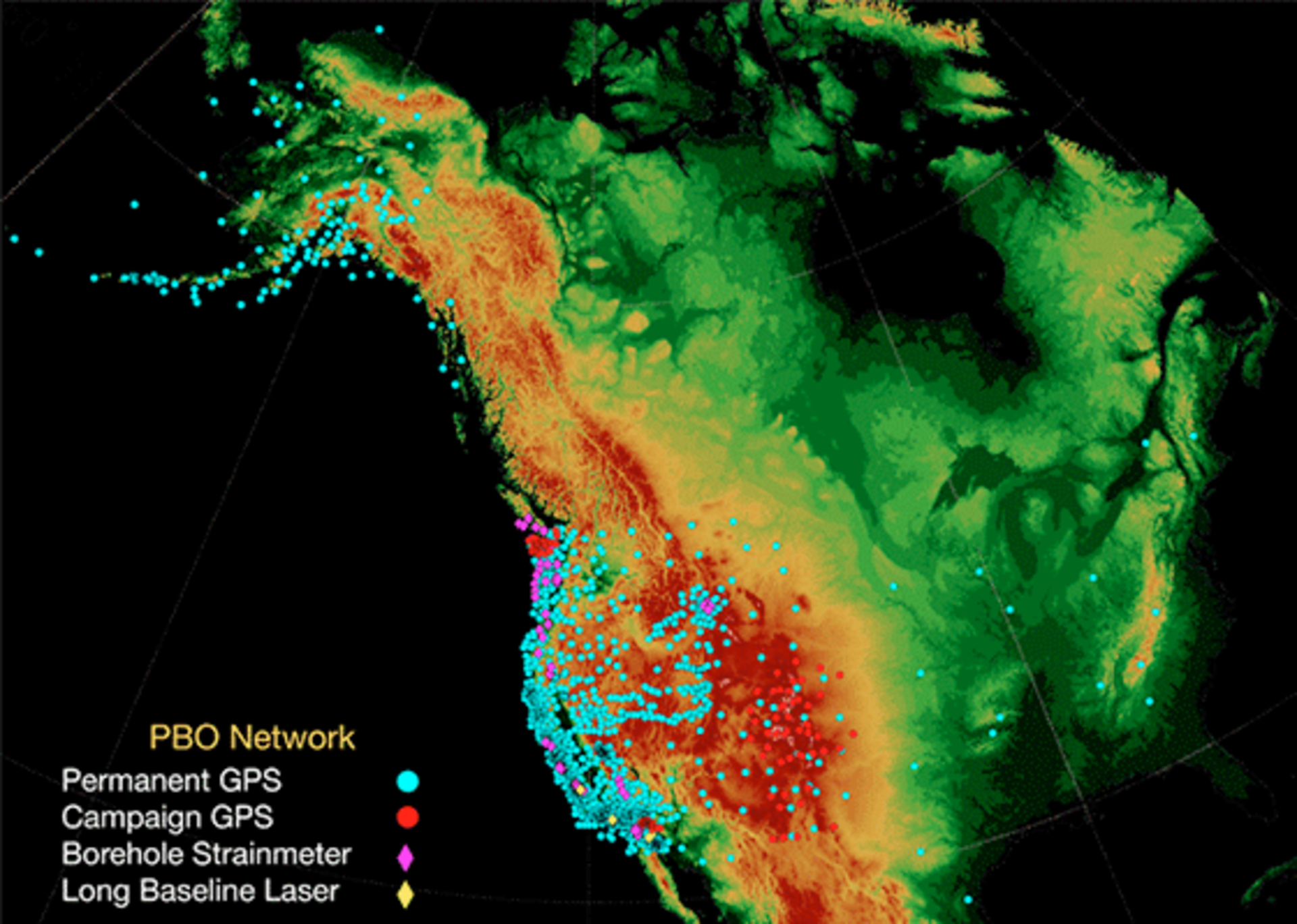 Much more capable, accurate and robust versions of the satnav receiver in your smartphone are crucial tools to trace slow movements of the solid Earth. A new European satnav receiver developed with ESA support has won a major contract to supply US tectonic monitoring networks.

The consortium maintains more than 1500 continuously operating GNSS reference stations around the globe. Their regional monitoring networks include the Plate Boundary Observatory serving North America. A major project is under way to upgrade all UNAVCO base stations dotted across the US with the PolaRx5.

These robust scientific-grade receivers make use of signals from all satnav constellations – the US GPS, Russian Glonass, European Galileo, Chinese BeiDou as well as regional systems such as the Indian IRNSS – to calculate position down to centimetre precision. This level of accuracy is harnessed to monitor long-term surface displacement through tectonic motion as well as the higher-frequency vibrations that typically accompany earthquakes.

Designed for years of continuous use, the PolaRx5 has a power consumption of just 3 W (half the previous value) with large-scale internal and external data logging with low-bandwidth communication to return findings – essential features for remote scientific monitoring. It can also be used for atmospheric monitoring, tracking propagation patterns of satnav signals.

“The PolaRx5 is the product of years of Septentrio research and development, backed by ESA,” explains Michèle Le Saux, heading ESA’s Commercial Ground Segment Section, overseeing the project for ESA.

“Septentrio beat leading US and Japanese competitors to secure this major contract. UNAVCO is recognised as having a rigorous selection and testing process, encouraging other organisations to approach the company in turn. This receiver redesign represents only one of a multi-element GSTP contract with Septentrio, dealing with various product aspects.”

GSTP 6.2, also known as the Competitiveness Element, invites proposals on a continuing basis for the development of new products. The project can include the introduction of new technologies or techniques to develop novel products or improve existing ones.

With GSTP 6.2, industry is in the driving seat: proposals can be made at any time from any commercial entity with GSTP-participating ESA Member States, with industry defining the work to be done.