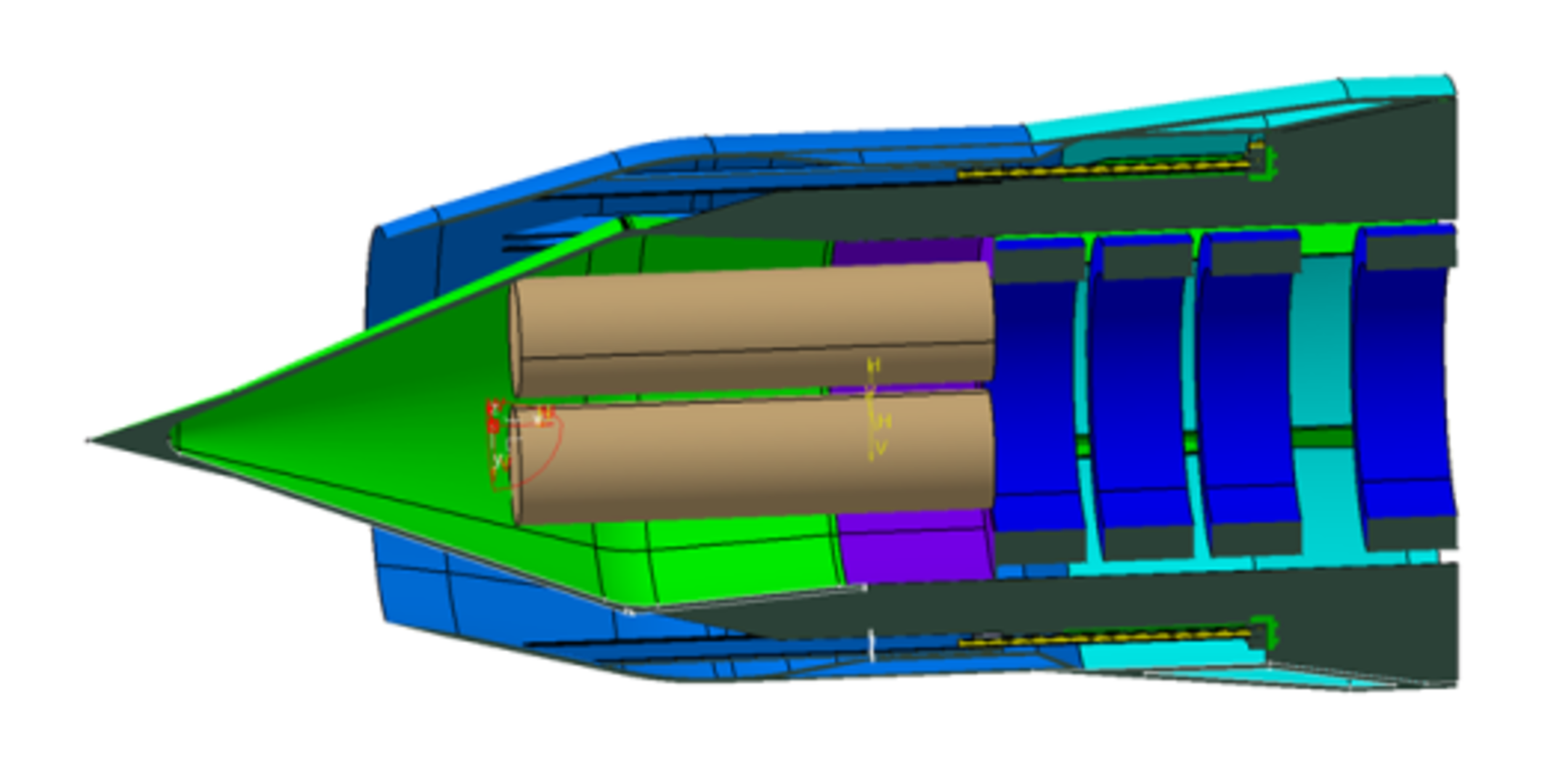 Aero-Engines only require fuel to run whereas rocket engines require oxygen as an additional on-board propellant. The combination of fuel and an oxidiser on a launcher makes it very heavy and inefficient to launch. One way to solve this is by having the engine collect the air flowing past the launcher and using it as the oxidizer to burn the on board fuel.

Known as air-breathing engines, their intake system collects and compresses the air into a combustion chamber. As such the oxidizer is not carried along with the launcher which saves enormously the gross take-off weight of the launcher.

“If you want to fly five times the speed of sound you remove the need for a compressor,” explained the technical officer in charge of the General Support Technology Programme (GSTP) activity, Johann Steelant. “You don’t need a rotating compressor as in classical aero-engines, but the air is rammed by speed into the air intake, it’s rammed in through just the sheer force of flying at those speeds.”

SABRE (Synergistic Air-Breathing Rocket Engine) is a GSTP activity with the UK that functions as a combined cycle engine, which can operate in both air breathing and pure rocket mode. When moving at speeds up to Mach 3 it will still use the on-board compressor. Beyond that it will switch to being a ram jet. In 2018, the final design concept for an air intake and a bypass burner system was developed with Germany.

The air intake system is there to provide the core engine with the required air flow. In combination with a bypass burner, it should compress the incoming air to a defined static pressure at the pre-cooler inlet. To minimise drag and maximise efficiency then, theoretically, all air should be captured.

Because the core engine runs at almost constant conditions, the excess air is taken away upstream of the pre cooler and fed to the bypass burner system. The main objective of this bypass burner is to control the static pressure. Several designs of both the air intake and the bypass burner were considered, and the overall system mass was the decisive factor.

“We tested three intakes. The purpose was to find which design works best in terms of mass and then to measure its air recovery ability, but the ones which perform the best might be too long or too heavy for the actual vehicle. The one we chose might have had a slightly less efficient performance but it’s the right size and it consumed the least fuel,” Steelant said.

Based on a rough mass estimation the chosen concept, called a moveable cowl, was about 500 kg lighter than the next-best concept.

The next stage for the exciting project is to test the compression chamber. Several modular designs have already been assessed and then they will be placed into wind tunnels at a facility in Germany to test their performance.

Today, 22nd October 2019, the contractor’s US subsidiary announced that they had successfully tested its innovative precooler at airflow temperature conditions representing Mach 5, or five times the speed of sound, marking a significant milestone in the development of its SABRE engine and paving the way for a revolution in hypersonic flight and space access.