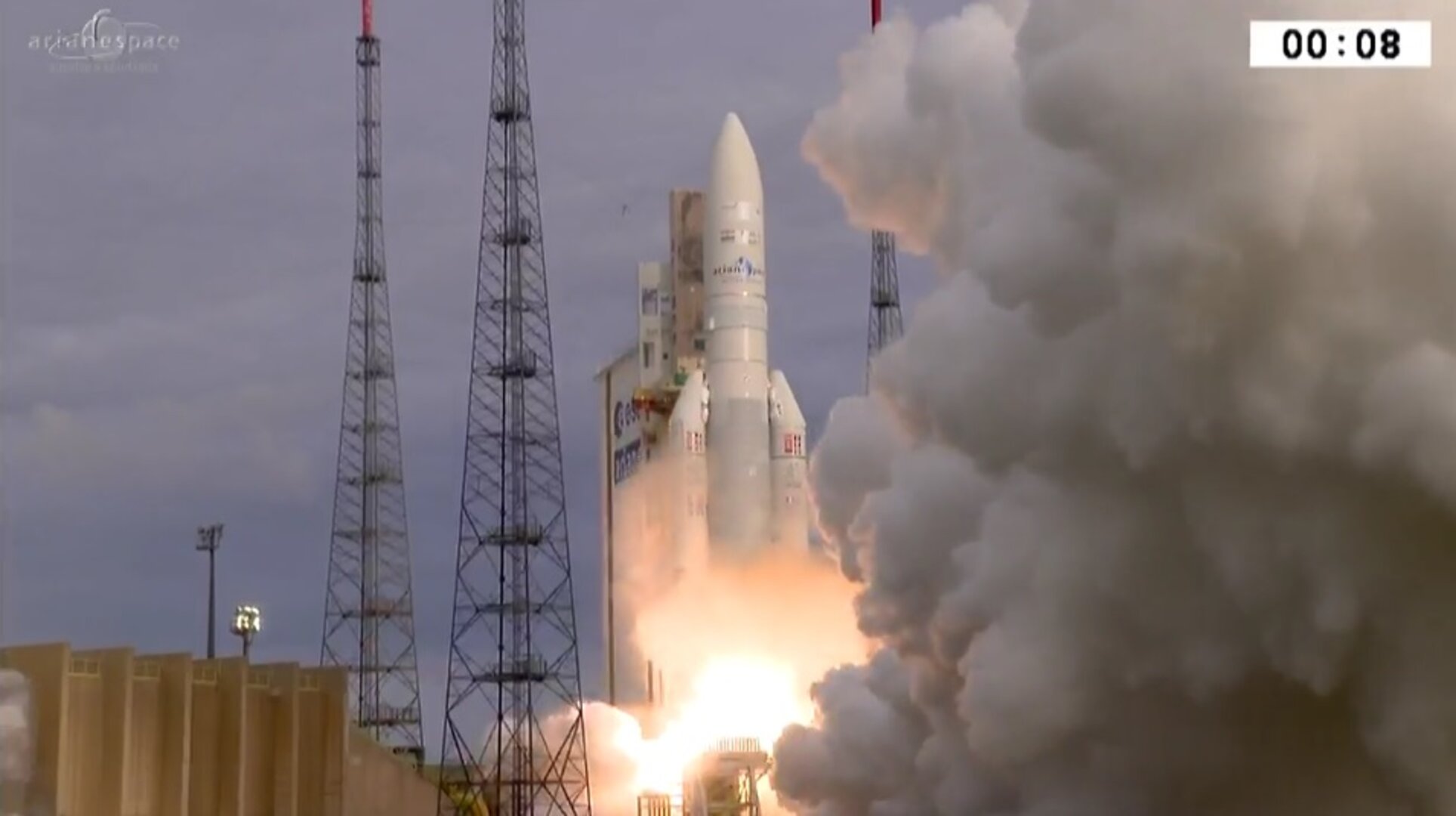 An Ariane 5 carrying two telecom satellites inside a new lighter fairing lifted off on the fourth mission from Europe’s Spaceport in two months.

Hellas Sat 3–Inmarsat S European Aviation Network, with a mass of 5792 kg, was the first to be released after about 28 minutes. The 3477 kg GSAT-17 was released 13 minutes later.

Both satellites have a design life of more than 15 years.

The payload mass for this launch was 10 177 kg. The satellites totalled about 9269 kg, with payload adapters and carrying structures making up the rest.

The protective payload fairing proved by this launch was built from only four instead of the usual 14 panels. Fewer metallic junctions reduced the mass, giving a performance gain into geostationary transfer orbit.

“This new fairing for Ariane 5 qualifies the manufacturing technology that will be used for Ariane 6, which will comprise only two panels,” commented ESA’s Daniel de Chambure, Ariane 5 Future Mission Manager.

Four launches in two months is a peak achievement. In May and June there was one Soyuz, and three Ariane 5 launches.

During this two month period, teams worked tirelessly to prepare launch vehicles and payloads for launch.

“Maintaining the launch schedule and continuing planned maintenance at this exceptional pace was possible thanks to the dedication of all stakeholders,” commented Didier Faivre, Director of the Guiana Space Centre.