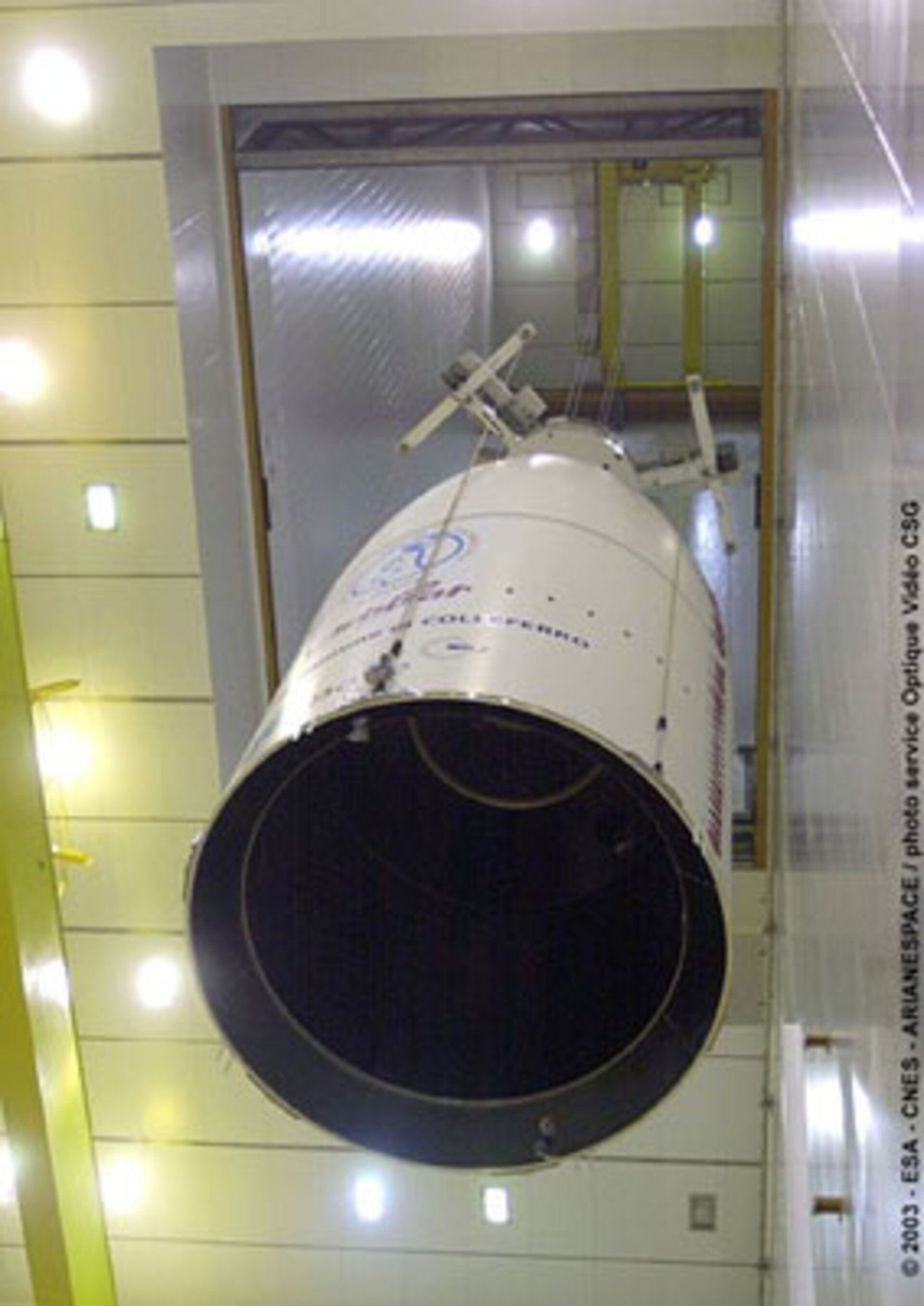 Ariane 5, like its Ariane-4 predecessor, is designed to carry dual-satellite launches. To do this the upper stage can be equipped with one of two structures: the Speltra or the Sylda 5. These are positioned above the upper stage inside the fairing.

The widest part of the cone has a diameter of 5.40 m, the same as the launcher's main stage. The cylindrical section of the 'short' Speltra is 4.1 m high and the 'long' version is 5.6 m high. Both have a 1.3 m high truncated conical section which is 2.6 m in diameter at the top. This bears a second payload adapter interface to which the second satellite can be attached.

In addition to carrying the satellites, the Speltra also protects them before the launch. To do this the Speltra receives a constant flow of dry air via an umbilical ground line to keep the satellite inside cool until liftoff. It also has built-in hatches around the circumference to allow access to internal equipment and to the satellite's electrical connectors

The Sylda 5 is housed inside the fairing. At the bottom it has a 50 cm cone which interfaces with the vehicle equipment bay. The Sylda 5 is smaller than the Speltra; the cylinder is 4.5 m in diameter and 3.2 m high, while the cone above is 1 m high and ends in the 2.6 m diameter of the standard payload interface. When empty the Sylda 5 weighs 440 kg.

During a standard dual-launch mission, the upper satellite is released first. Then, the Speltra or Sylda-5 is jettisoned in order to release the second satellite. Both systems have pyrotechnic separation systems at their base and push-off springs.

Separation is triggered by two detonators which sever the steel attachment between the vehicle equipment bay and the Speltra or Sylda. The dual payload structure is then pushed away by means of eight special steel springs.