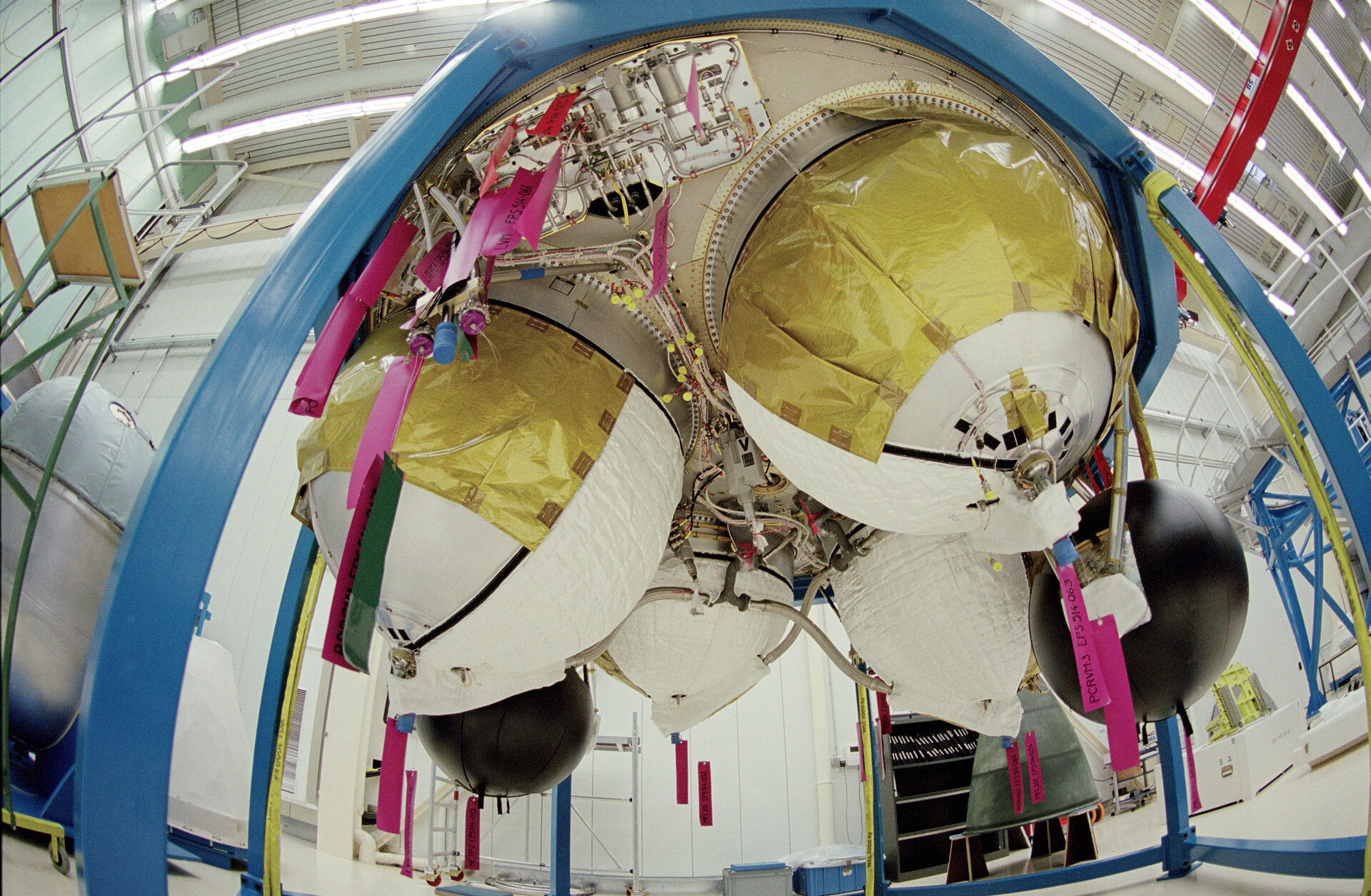 The Ariane 5 Generic third stage is known as the EPS from its title in French, Etage à Propergols Stockables. It is 3.35 m high with a diameter ranging from 3.94 m at the bottom to 2.62 m at the top. Its dry weight is 1.275 Kg and roughly 11 tonnes when fully loaded.

The mission of the EPS is to provide the necessary complementary energy to inject the payloads from the EPC separation up to the target orbit.

The EPS is essentially composed of a supporting structure, two pairs of propellant tanks and an engine (the Aestus rocket motor) with its associated actuators. In a standard geostationary tranfer orbit (GTO) double launch mission, the propellant loads onboard the EPS are:

The pressure-fed Aestus engine is attached to the platform structure by a gimbals joint, allowing it to swivel along two axes through a maximum angle of 16° and by two electrical actuators. Ignition is accomplished by controlling the opening of the N2O4 main valve and then the MMH main valve. The engine is shut down through the same procedure in reverse order.

The vacuum thrust of the Aestus engine is 2.7 tonnes and for a standard GTO mission it operates for more than 1000 s. The engine weight is 115 kg.