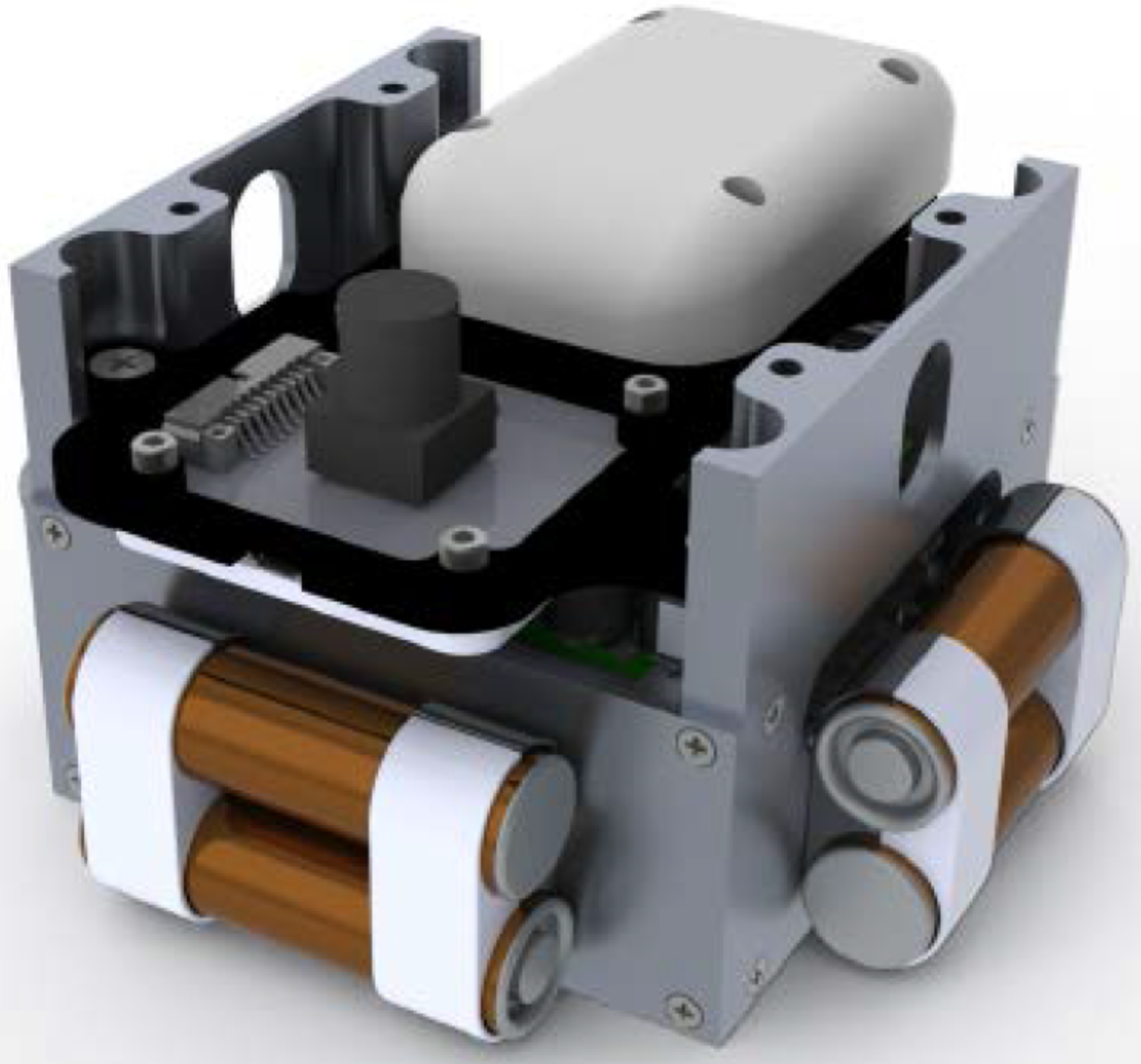 Current projects of the Future Launchers Preparatory Programme (FLPP) regarding launcher systems and technologies include the following:

The deorbitation observation capsule provides detailed data about the disintegration of launcher upper stages during reentry into the atmosphere. This will help to design future stages for safe and efficient deorbit manoeuvres.

To collect this data, the capsule will be carried to orbit on a launcher and after separation of the concerned stage, will observe its behaviour and disintegration during reentry.

By September 2016 a sub-scale demonstrator had been manufactured and tested. A full-scale version is currently in the design phase.

The demonstrators can also be used as a test platform for other tank equipment and adjacent structures.

There are several projects within FLPP for advanced technologies to produce a wide range of structures out of carbon-fibre-reinforced polymer (CFRP).

The largest demonstrator, the “Fibre Reinforced Optimized Rocket Motor Case” (FORC) is an on-going project dedicated to the development of dry fibre winding combined with automated dry fibre placement and subsequent resin infusion technology for the manufacturing of large carbon fibre reinforced polymer casings for solid rocket motors, including the production of a full-scale and representative test article featuring an outer diameter of 3.5 meters.

In September 2016, multiple sub-scale specimens were produced during the process development for FORC. Furthermore, the test article is in the manufacturing phase, with extensive mechanical load and pressure testing scheduled before the end of 2016.

Integrally stiffened cylinder (ISC) project aims at a reduction of mass and manufacturing complexity for large metallic cylinder segments via the use of integrated axial stiffeners. A scaled model was flight qualified on a sounding rocket in October 2015.

Several future technologies concerning fairings are developed within FLPP. These include a membrane to seal the inside of the fairing from the outside to keep environmental conditions and cleanliness at a desired level and technologies to minimize shock during the separation of the fairing.

FLPP is developing Additive Manufacturing (AM) technologies – also known as 3D-printing – for the application in launch vehicles.

These technologies aim to provide a faster and cheaper means of small-scale production as well as additional design possibilities, leading to lighter more efficient structures.

Additive Manufacturing is now already being applied in several projects. Even so, AM technology is being further matured in a dedicated project that will also aim to develop applications for future launchers.

The ISCAR bracket is a study case of an advanced application of Additive Manufacturing on a critical secondary structure on the Ariane 5 ECA, up to recurrent flight.

The activity started mid-2015. A topology-optimised design of the bracket has been performed and sample tests are running.

The next step will be the manufacture of a prototype.

The scope of this activity is to analyse the needs, verify the feasibility, and provide a preliminary definition of a propulsive orbital module (APMAS), based on an existing multi-payload dispenser system, to enhance the mission and performance envelope of existing launch vehicle upper stages for both, Vega and Ariane 6.

Fairing out of autoclave

The out-of-autoclave fairing technology was demonstrated via a proto-flight approach with the Vega launcher in 2015.

This technology is also applicable to Ariane 6.

The objective of this project is to develop a structural and thermal model for a secondary payload adapter ring for payloads of up to 30 kg. This could help maximise the payload mass for the Vega, Ariane 6 and Soyuz launchers.

The semi active damping system is able to filter and reduce mechanical loads and vibrations. The system enlarges the future capability of European launchers by offering a high mechanical comfort for the payload.

A thermoplastic interstage offers advantages via mass and cost savings. This composite non-pressurised structure will be designed, manufactured and validated by testing.

The Y-ring is located on top of the upper stage of the Ariane 5 launcher and takes its name from the Y-shaped connection of the outer cylinder structure with the conical inner structure.

The manufacturing of this complex geometry with CFRP technologies (resin transfer moulding and 3D preform) has the potential of mass savings of 30% in comparison with the current metallic structure while simultaneously possessing a high structural strength and stiffness.

An aluminium compensator is being developed and verified, offering mass reductions of around 30% compared to the current stainless steel design.

The demonstrator makes use of friction stir welding, a reliable and cost efficient joining method. Moreover, no inter-layer material is needed and the process is transferable to any line diameter.

The design for demise (D4D) project investigates the processes that launch vehicle components undergo during reentry.

The goal is to better understand the behaviour via numeric simulations, the creation of material databases and plasma wind tunnel tests. The findings contribute to a reduced risk of debris impacting on the ground in compliance with ESA debris mitigation requirements.

Extrusion of aluminium panels is a well known industry process. Its application to interstage structural parts comes with the advantage of lower cost and mass, reduced part count and, in combination with friction stir welding technology, the benefits of an automated assembly.