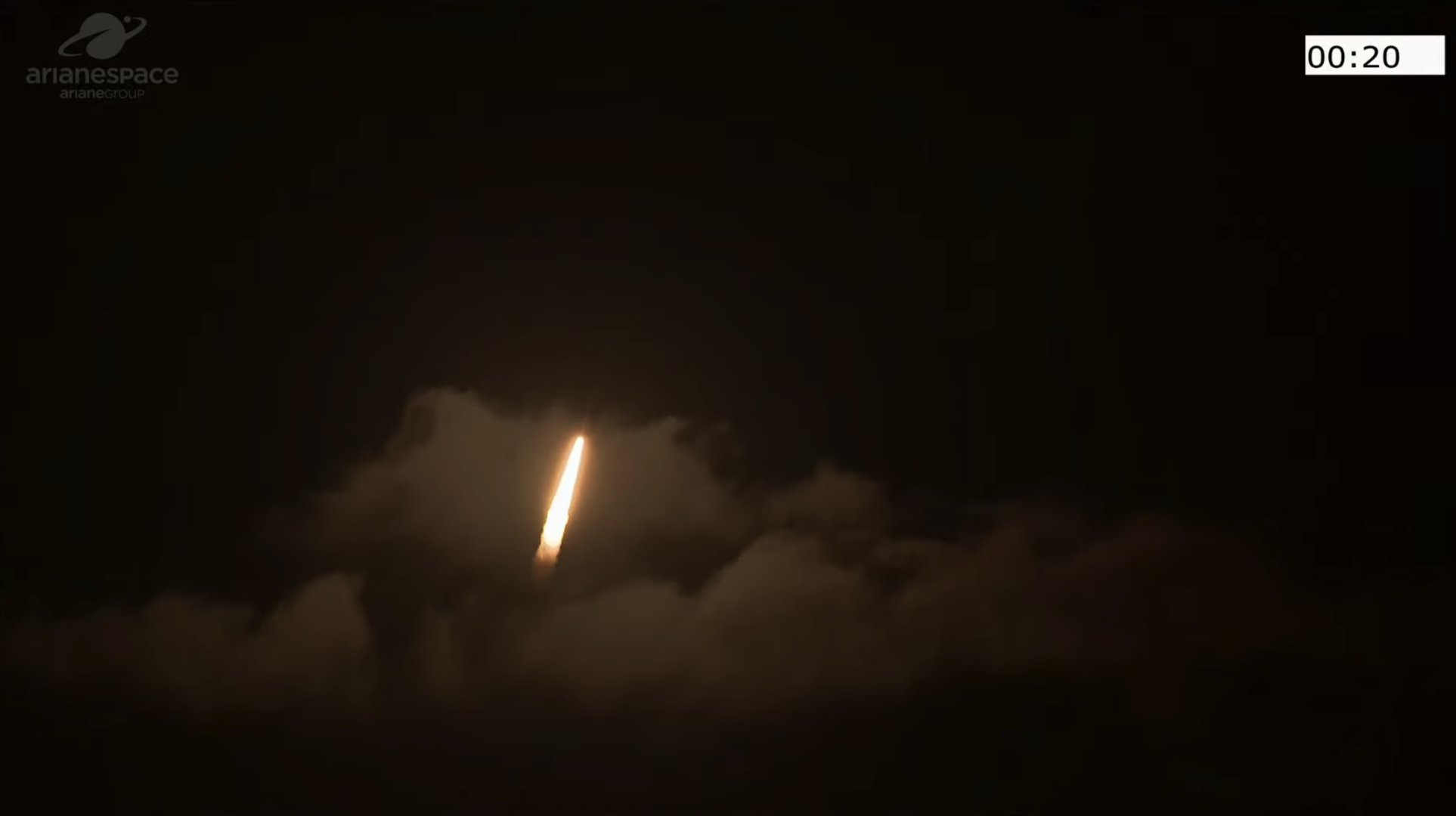 Europe’s Vega light-lift rocket is back to normal operations at Europe’s Spaceport and is scheduled for two more missions this year. So how did Vega reach this success after an anomaly halted all Vega launches?

ESA worked intensively with industry to address the problem that occurred on 10 July 2019 on Vega VV15 and to ensure a safe return to flight as soon as possible.

On the first failure since Vega’s inauguration in 2012, the rocket suffered an anomaly at 130 seconds 850 milliseconds into flight. The forward dome of Vega’s Zefiro-23 second stage motor allowed hot gas to enter the stage shortly after its ignition, causing the launch vehicle to break up.

On 4 September 2019 after thorough investigations, an Independent Inquiry Commission co-chaired by ESA’s Inspector General with the Senior Vice President Technical and Quality at Arianespace, recommended an exhaustive verification plan of its findings based on analyses and tests. It also proposed a set of corrective actions on all subsystems, processes and equipment concerned.

ESA acted with partners and industry to swiftly and efficiently put this into action.

ESA’s extensive plan of activities for the safe Vega return to flight, following approval in the frame of Space19+, was implemented by industry under ESA leadership as Vega Launch System Qualification Authority.

It included the recommendations by the Independent Inquiry Commission, an extensive verification plan to consolidate the root cause analysis, a set of corrective actions on all concerned subsystems, processes and equipment, the implementation of risk mitigation actions aimed at design and manufacturing improvements, and the detailed assessment of each proposed modification.

Avio in Italy is ESA’s prime contractor and manufacturer of Vega.

“ESA and Avio, in coordination with Arianespace and CNES, worked tirelessly together to implement all the complex corrective measures. It was a huge undertaking,” commented Renato Lafranconi, ESA’s Vega Exploitation Programmes Manager.

An ESA-led Launch System Delta Qualification review in January 2020 confirmed that all the ‘return to flight’ mandatory actions had been implemented correctly.

Vega’s VV16 launch campaign started in February, in time for a planned launch by end of March but it was halted a few days before the launch date by measures at Europe’s Spaceport to mitigate the COVID-19 pandemic.

With an easing of restrictions but taking precautions to ensure the health of its workforce, Arianespace operating the family of launch vehicles at Europe’s Spaceport, restarted its launch campaigns on 11 May.

“All partners cooperated towards launch – ESA, CNES, Arianespace and Avio – in the extremely difficult conditions existing in French Guiana due to the pandemic restrictions. Despite that, a very tight follow-up of the operations was continuously ensured, to guarantee the perfect quality of the launch vehicle in its first-time configuration with 53 payloads on board. This involved working round restrictions with innovative solutions such as using smart glasses during payload preparation so that customers could remotely monitor operations conducted on their satellites,” explained Renato.

Unfavourable weather prevented several launch attempts and the launch vehicle and its payloads were kept in safe conditions until Vega flight VV16 lifted off on 2 September to debut a new rideshare launch service for light satellites at Europe’s Spaceport.

This first European rideshare mission can now lead to routine rideshare services, and will be extended on Europe’s new launch vehicles, Vega-C and Ariane 6.

“Vega is back to flight successfully, with the new SSMS, multiple launch capability. A double great success! ESA’s leadership has been fundamental in ensuring Vega’s return to flight and for proposing and pushing for the new SSMS concept. These achievements resulted from the strong commitment and dedication from partners and European industry to work together to restore and continuously improve Europe’s launch capabilities,” commented Stefano Bianchi, ESA’s Head of Space Transportation developments. 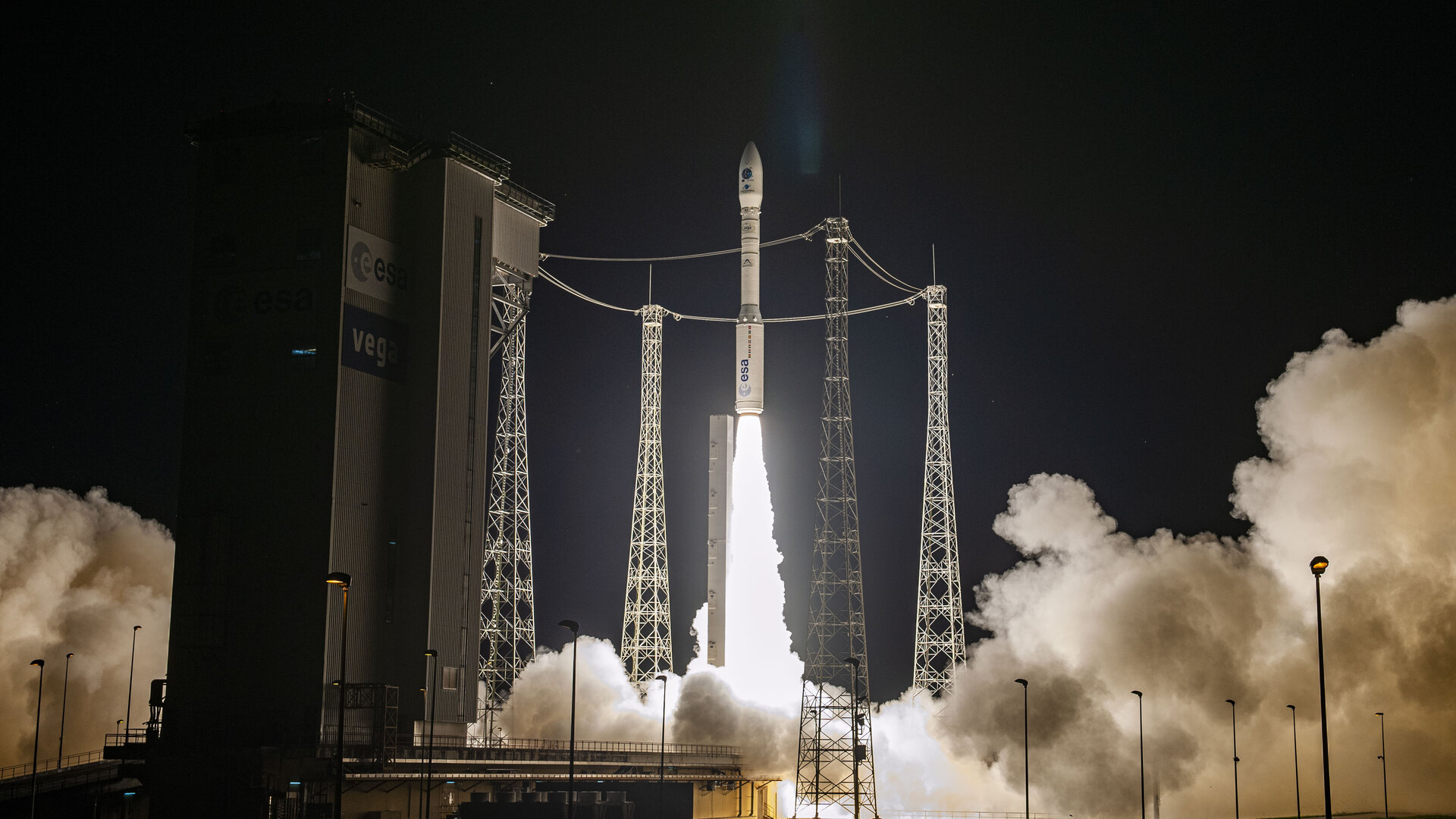