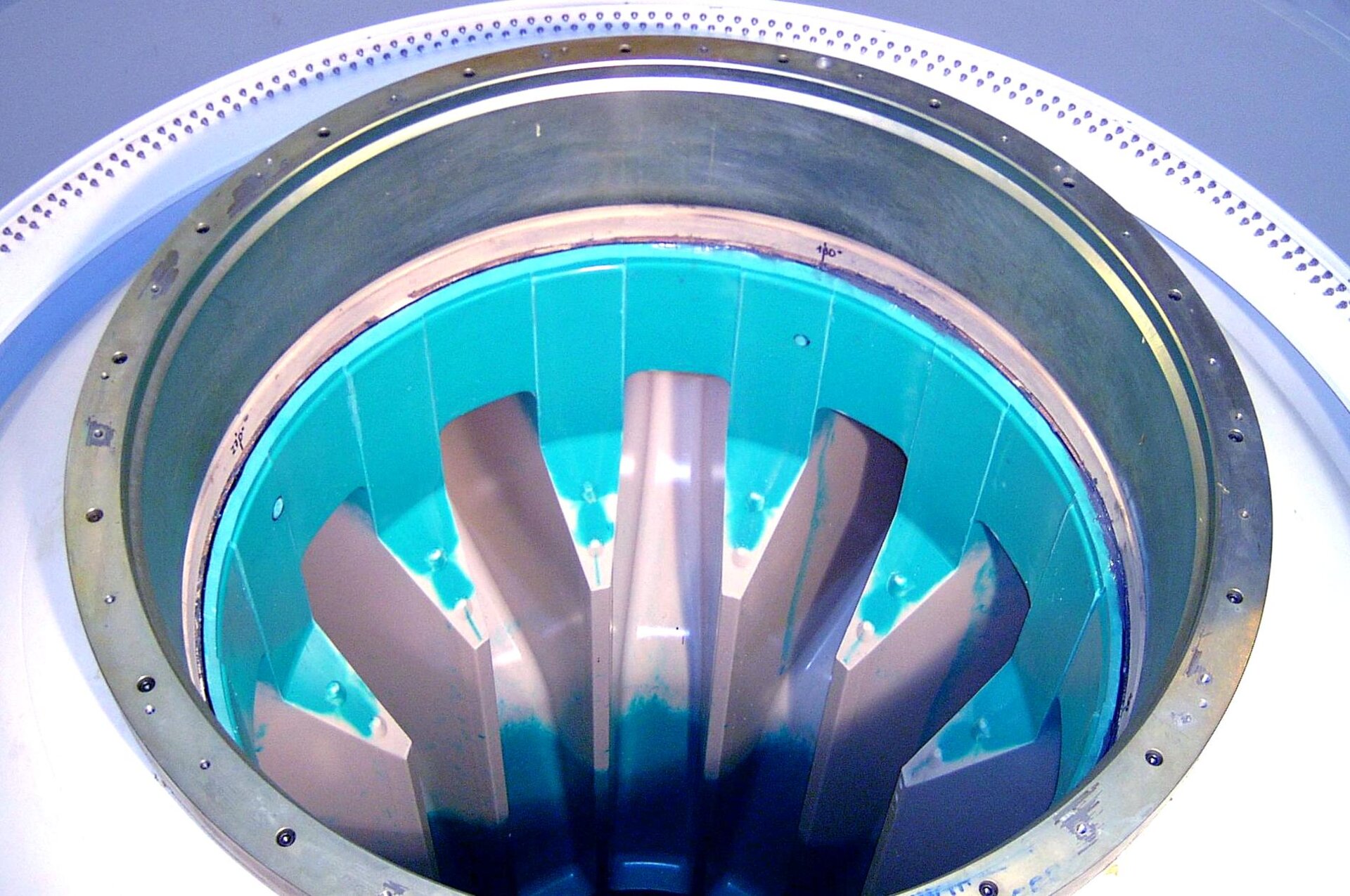 An important step forward has just been made in the development of ESA’s Vega launcher. After several months work at the Guiana Propellant Plant at Europe’s Spaceport the inert casting of the main Vega motor has been successfully carried out.

“The objectives have been fully attained,” is how Massimo Epifani, an engineer from Avio S.p.A. based in Colleferro, Italy, described the inert casting exercise that began in April at the Guiana Propellant Plant (UPG). Avio S.p.A., the company responsible for Vega’s P80 first stage motor, sent a team to French Guiana to supervise this important step in the development of Europe’s small launcher.

Altogether seven ESA Member States are involved in the Vega Programme in which Italy, the largest contributor, plays a major role. The objective is to build a small single body launcher with three solid propulsion stages and an upper stage powered by liquid propulsion. The P80 is the only stage to be prepared at the Spaceport as all the others arrive from Europe by ship, complete and ready to be integrated.

Vega, 30-m tall and with a diameter of 3 m, will be able to place a 1.5 tonne payload into polar orbit. Once launched in 2006 this ‘small’ launcher will be the perfect complement to the large Ariane 5 and the medium-class Soyuz that will commence operating from Europe’s Spaceport in 2007.

The P80 first solid propulsion stage is the result of a specific development programme. The new technology being used not only benefits Vega but also the Ariane-5 programme as it will be used in future Ariane-5 versions. This cycle of experience, leading to innovation, resulting in added value, is a cornerstone of the Launchers’ Programme and ensures long-term development and progress.

Vega's P80 first stage is 10.5 metres tall and can hold 88 tonnes of propellant. Once it is eventually integrated with the other three stages: Zefiro 23, Zefiro 9 and the AVUM, Vega will be ready for its first launch. At liftoff the P80 will provide Vega with 300 tonnes of thrust for 106.7 seconds.

This operation involves the casting of a non-explosive mixture – hence the term inert – with the same density and characteristics as the solid propellant that the first stage engine will use. The reason for the trial is that it enables all the P80 production and casting procedures to be safely validated before the final casting with real propellant.

The campaign began last December as soon as all the elements arrived at the UPG. It involved setting up all the equipment, carrying out a test run, then dismantling and reassembling the casting mandrel to ensure that everything was ready.

The green light was given at the end of March and the casting was made on 7 April. This entailed ‘cooking’ the P80 for 10 days in a pit, then allowing it to cool before extracting the mandrel to leave behind a perfect cast. Now this is being carefully tested to enable the team to see how well it has been made and to check for any defects.

The success of these tests means that the first casting of the P80 motor can take place as scheduled next year, ready for the first firing tests of the P80 at the test bench facilites at Europe's Spaceport.