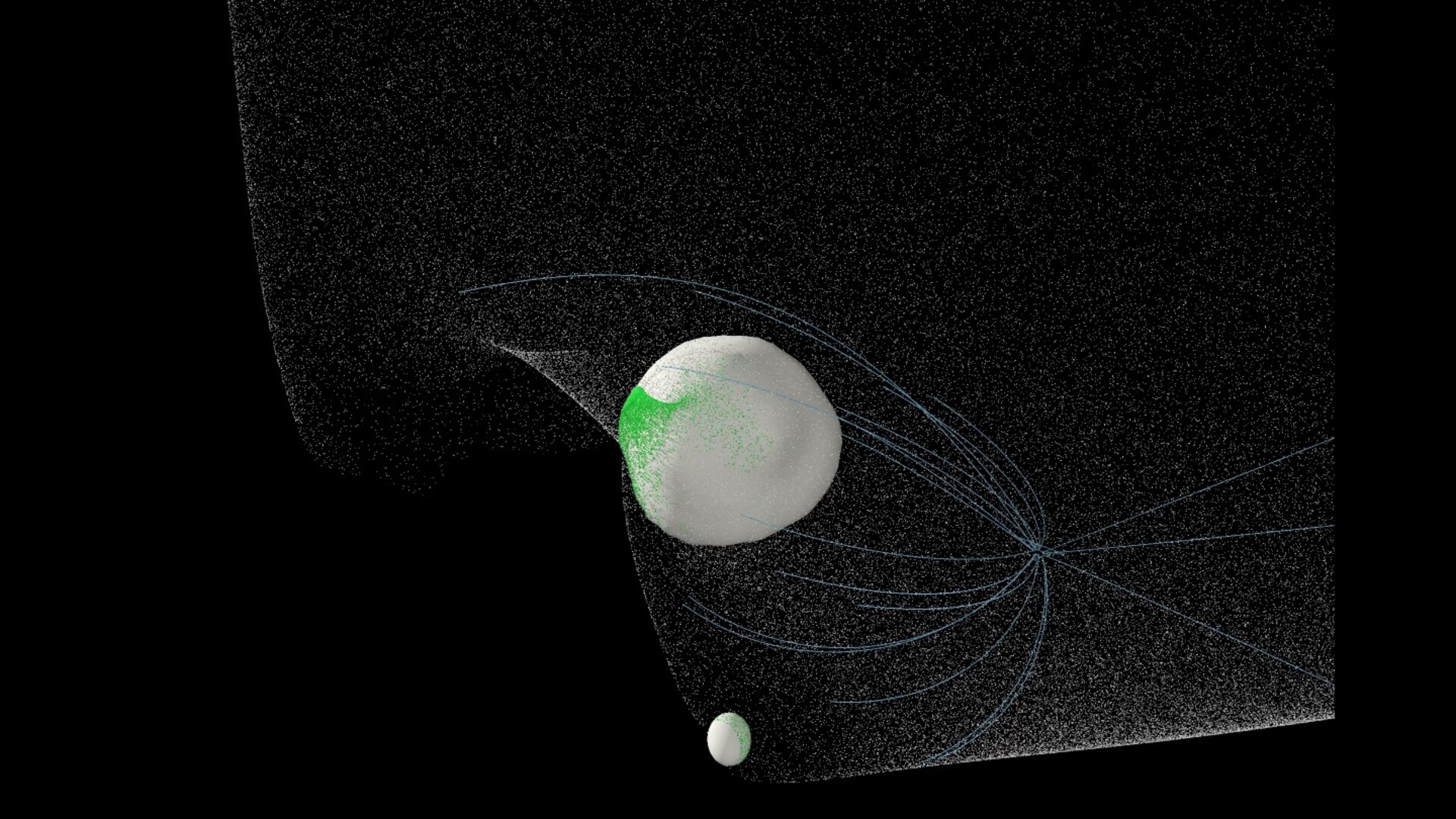 Hera is proposed as ESA's contribution to a larger international endeavour, the Asteroid Impact and Deflection Assessment (AIDA) collaboration.

As part of AIDA, two independent spacecraft would be sent to Didymos:

In October 2022, the NASA-led part of AIDA would arrive: the Double Asteroid Redirection Test, or DART, probe will approach the binary system – then crash straight into the asteroid moon at about 6 km/s.

Hera will arrive about three years later, to characterise Didymoon in great detail. In particular, it will perform detailed measurements of the physical properties of the body, as well as its orbit, to characterise the consequences of DART’s kinetic impact.

In the direct aftermath of the impact, information will be limited: on 4 July 2005 NASA’s Deep Impact spacecraft shot a 370 kg copper impactor into comet Tempel 1. But days of outgassing of millions of kilograms of dust and ice meant Deep Impact saw nothing of the resulting impact crater. It took a new visit by a separate spacecraft, NASA’s Stardust in 2011, to finally measure Tempel 1’s still-fresh 150 m diameter scar.

So Hera will pay a crucial role in providing a detailed, clear-eyed post mortem of the impacted asteroid and its crater.

DART’s shifting of Didymoon’s orbit would mark the first time humanity has altered the dynamics of a Solar System body in a measurable way. The results will allow impact numerical models to be calibrated on a large-scale basis, to fully understand how an asteroid would react to this kind of energy.

Overall results from the two missions should provide a baseline for planning any future planetary defence strategies, offering insight into the kind of force needed to shift the orbit of any incoming asteroid, and better understand how the technique could be applied if a real threat were to occur.

DART and Hera are self-standing; each mission on its own will provide valuable knowledge. However, when combined together this knowledge will be multiplied considerably.

AIDA would return fundamental new information on the mechanical response and impact cratering process at the scale of a real asteroid, and consequently on the collisional evolution of asteroids with implications for planetary defence, human spaceflight, and near-Earth object science and resource utilization.

The joint collaboration should also gather unique information on an asteroid's strength, surface physical properties and internal structure. In addition to the operations in space, Earth-based optical and radar observations, numerical simulation studies and laboratory experiments would be an integral part of the AIDA collaboration.

ESA has been working on asteroid deflection concepts since 2001, with basic research and six mission studies leading to the development of the world-reference Don Quijote mission concept – the ‘grandfather’ of this current AIDA collaboration.