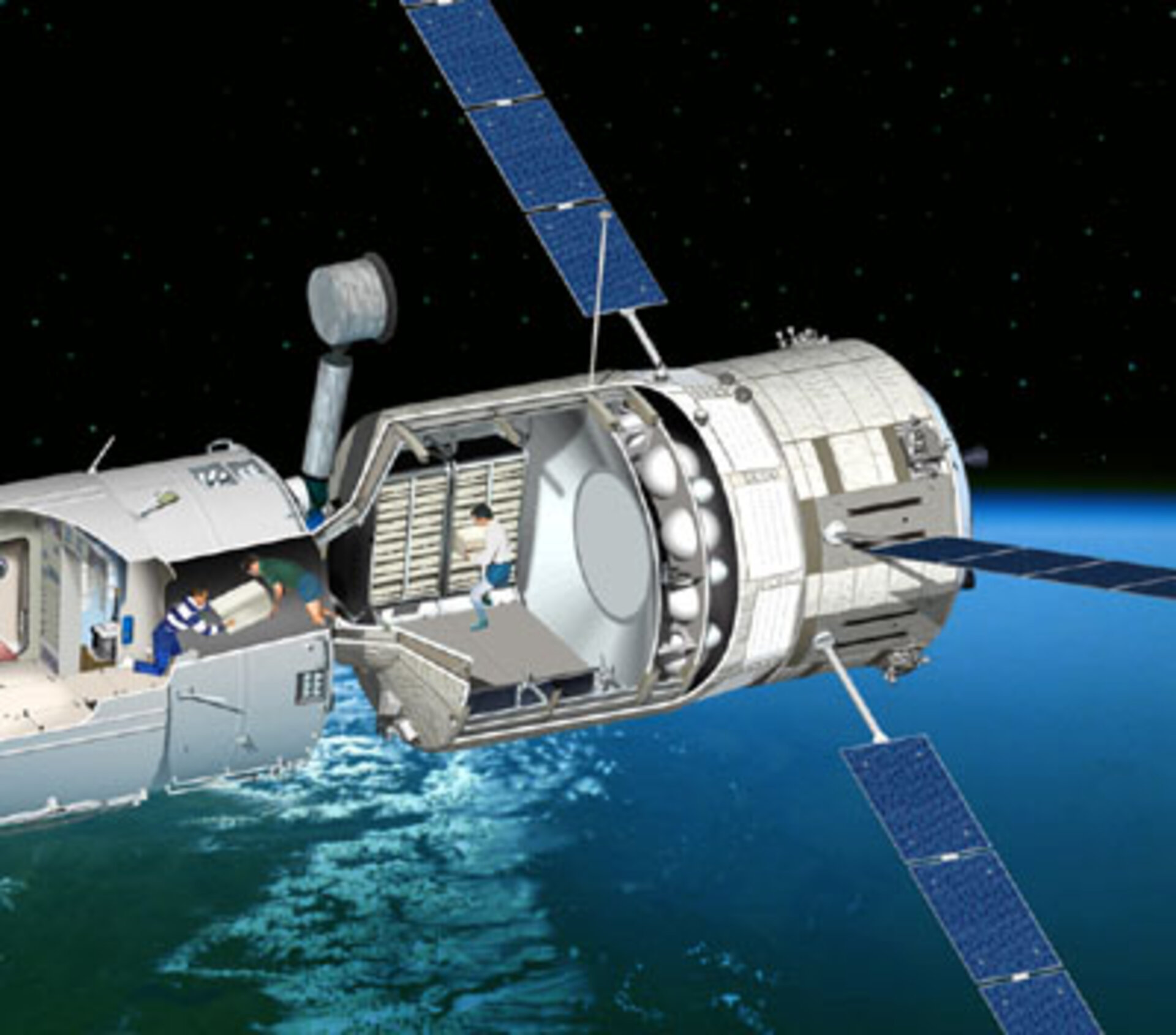 Powered by the ATV Service Module, the Integrated Cargo Carrier (ICC) made up 60 percent of ATV's total volume.

It was the store room of an ATV with a maximum capacity of 6.6 tonnes of cargo.

The Integrated Cargo Carrier was designed in two parts:

The 48 m³-pressurised section of the Cargo Carrier had room for up to eight standard racks which were designed with modular aluminium elements to store equipment and transfer bags.

The Equipped External Bay of the Integrated Cargo Carrier held 22 spherical tanks of different sizes and colours. These tanks were used to resupply the Station with propellant for its propulsion system, water and gas (air or oxygen or nitrogen) for the crew. This cylindrical bay and its tanks were not visible from outside the ATV as they were hidden behind the interface linking the Cargo Carrier to the ATV Service Module.

Although ATVs were uncrewed, astronauts dressed in regular clothing could access the contents of the pressurised part of ATV during its attached phase with the International Space Station.

Up to two astronauts could work to unload supplies and conduct experiments, while the hatch remained constantly open. The pressurised module was designed to accommodate up to two crewmembers working for eight hours.

ATV's pressurised cargo section is based on the Italian-built Multi-Purpose Logistics Module (MPLM), which flew as a Shuttle-carried 'space barge', transporting equipment to and from the Station.

Air loaded in the ATV was released manually from the Cargo Carrier into the Station's atmosphere through the hatch.

On the outside of the Cargo Carrier, ATV was covered with an eggshell-coloured insulating foil layer on top of meteorite protection panels.

The front cone contained the avionics and propulsion hardware:

The nose of the Integrated Cargo Carrier contained Russian-made docking equipment and rendezvous sensors. The Russian docking system allowed for physical, electrical and propellant connections with the Station as well as providing access to the habitable module when docked.

With ATV securely docked, the Station's crew could enter the cargo section and remove payloads such as maintenance supplies, science hardware, and parcels of fresh food, mail and messages from family. Meanwhile, ATV's liquid tanks were connected to the Station's own plumbing to transfer their contents.

The front cone of the Integrated Cargo Carrier accommodated the 235 kg Russian docking system with its 80 cm-diameter hatch, its alignment mechanism and its one-metre-long extendible probe. During rendezvous the ATV was the active spacecraft and was equipped with an arrow-shaped probe mechanism. The Space Station has receiving-cone mechanisms at docking ports which are routinely used for Russian Soyuz and Progress space craft dockings.

The Russian docking system, which has been continuously refined since it was originally developed in the late 1960s for the Salyut space station programme, remains the worldwide state-of-the-art in docking mechanisms.