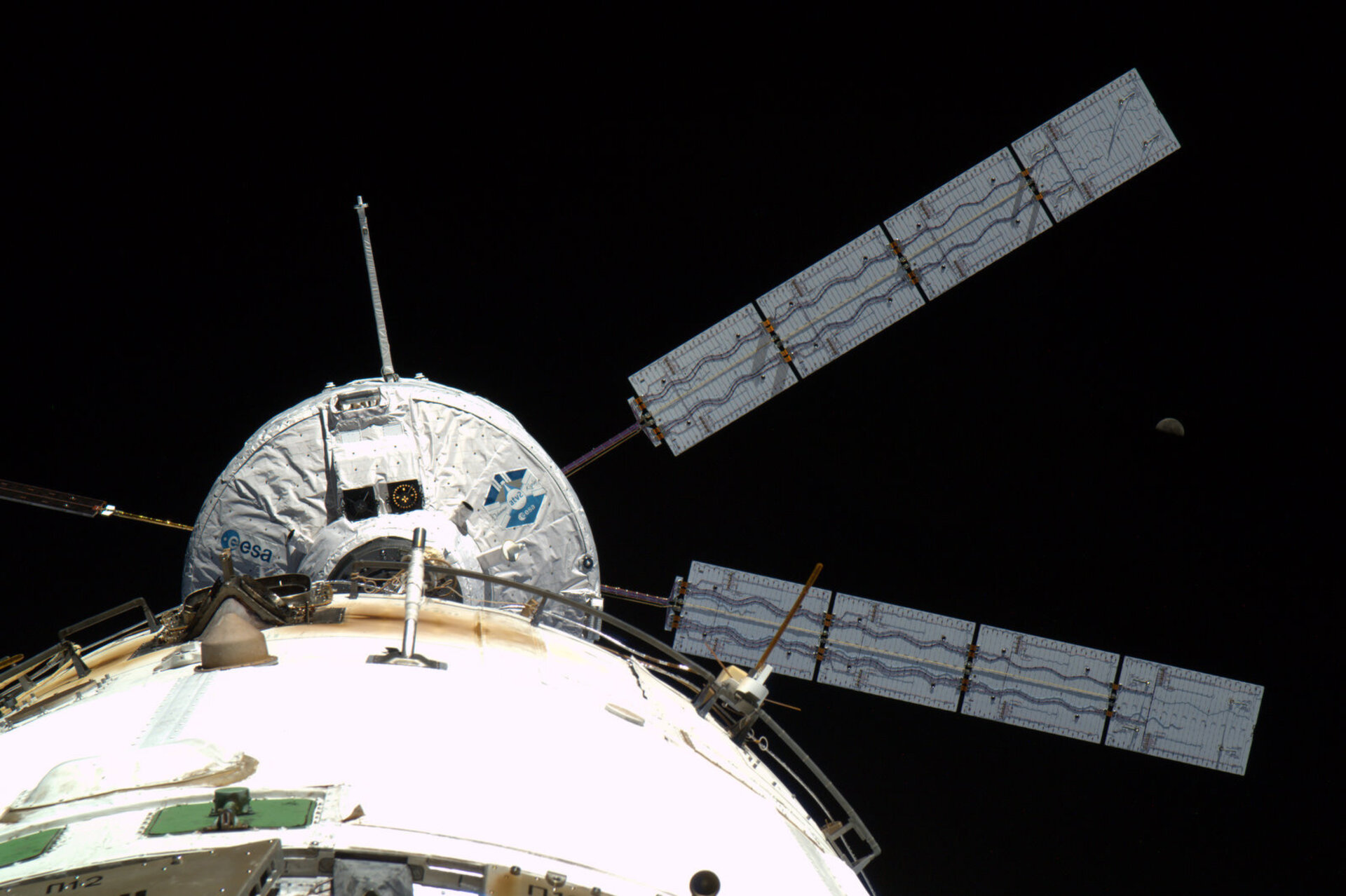 The International Space Station depends on regular deliveries of experiment equipment and spare parts, as well as food, air and water for its permanent crew.

Since its first voyage in April 2008 until its last in 2015, the Automated Transfer Vehicles (ATV) were part of the supply ships to the Space Station.

Approximately every 17 months, ATV carried 6.6 tonnes of cargo to the Station 400 km above Earth. An onboard high-precision navigation system automatically guided ATVs towards the orbital outpost, where it docked with the Station's Russian service module Zvezda.

ATVs remained attached as a pressurised module and integral part of the Station for up to six months. After that they detached and reentered Earth's atmosphere to break up and burn together with up to 6.4 tonnes of waste from the Station.

To dock safely, ATVs were highly sophisticated and powerful spacecraft.

ATVs are equipped with their own propulsion and navigation systems and combined the automatic capabilities of an unmanned vehicle, with human spacecraft safety requirements.

The exterior was a white cylinder 10.3 metres long and almost 4.5 metres in diameter. The ATV structure was covered with an insulating foil layer on top of meteorite-protection panels. Extending from the main body of the spacecraft were its characteristic X-shaped metallic blue solar arrays.

Inside, ATV consisted of two modules, the Service Module and the pressurised Integrated Cargo Carrier. The forward part of the Cargo Carrier docked with the International Space Station. Although no astronauts traveled in an ATV, once attached to the Station, crew in normal clothing could enter the pressurised module to access the cargo.

The Cargo Carrier was very much like the European-built Multi-Purpose Logistics Module (MPLM), from which it is derived. The MPLM already flew as a space barge transporting equipment to and from the Station using the Space Shuttle.

The 48 m³ pressurised section had room for up to eight standard racks which are loaded with modular storage elements used for cargo. The Integrated Cargo Carrier also held several tanks, containing up to 840 kg of drinking water, 860 kg of propellant for the Station's own propulsion system and 100 kg of air (oxygen and nitrogen). The 'nose' of the cargo section contained the Russian-made docking equipment with rendezvous sensors and antennas.

At regular intervals ATV also boosted the International Space Station into a higher orbit to overcome the effects of the drag of the atomic oxygen molecules above Earth's atmosphere. The Station loses up to several hundred metres altitude a day. To perform these manoeuvres ATV had up to 4 tonnes of propellant.

ESA built five ATVs. Thirty companies from ten European countries, as well as eight other companies from Russia and the United States share the work.