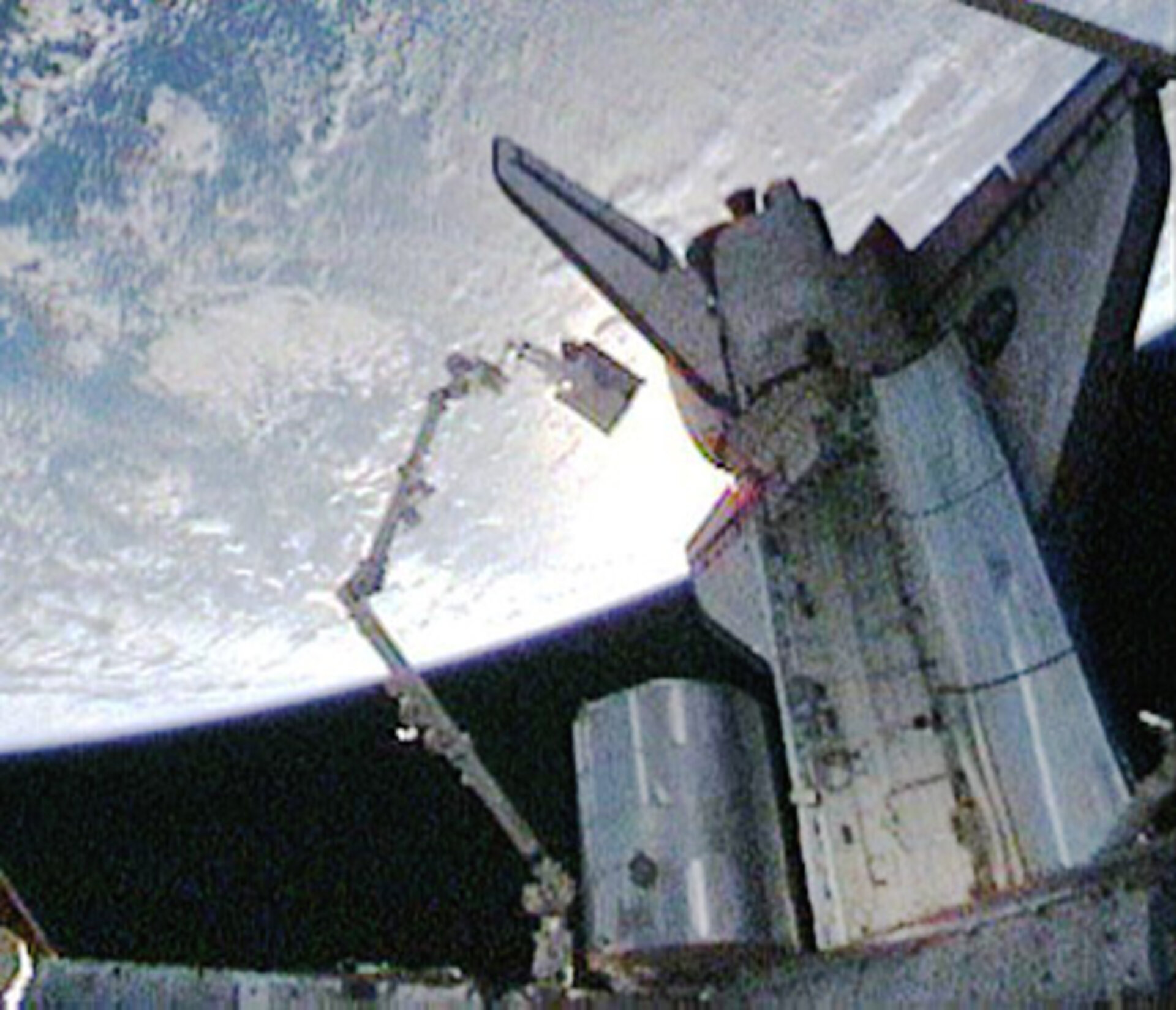 The second of three STS-128 spacewalks concluded this morning at 06:51 CEST. The spacewalkers, ESA astronaut Christer Fuglesang and NASA astronaut John Olivas, installed a new ammonia tank on the International Space Station and stowed a depleted tank for return to Earth.

Mission Specialist Patrick Forrester served as the intravehicular officer throughout the spacewalk, which started later than planned at 00:12 CEST this morning after a repair was needed to a chin strap on Olivas' communication headset.

To install the new ammonia tank, Fuglesang stood on a foot rest at the end of the Station's robotic arm, Canadarm2. From inside the Station, robotic arm operators, Shuttle Pilot Kevin Ford and Expedition 20 Flight Engineer Nicole Stott, manoeuvred Fuglesang into position to grab hold of the 800 kg ammonia tank in Space Shuttle Discovery's cargo bay. Ford and Stott then commanded the arm to fly Fuglesang and the new tank into position on the port truss (see animation).

In a further complex robotic operation, a depleted ammonia tank that had been removed from the outside of the Station in the first STS-128 spacewalk was manoeuvred into Discovery's cargo bay for return to Earth.

Fuglesang and Olivas will also participate in the third STS-128 spacewalk that is due to start at 22:49 CEST on Saturday 5 September.

During the spacewalk, the remaining Shuttle and Station crewmembers continued unloading cargo from the Leonardo Multi-Purpose Logistics Module. The crews are expecting to complete transfer from Leonardo to the Station later today. Next they will start transfer of items from the Station to Leonardo.