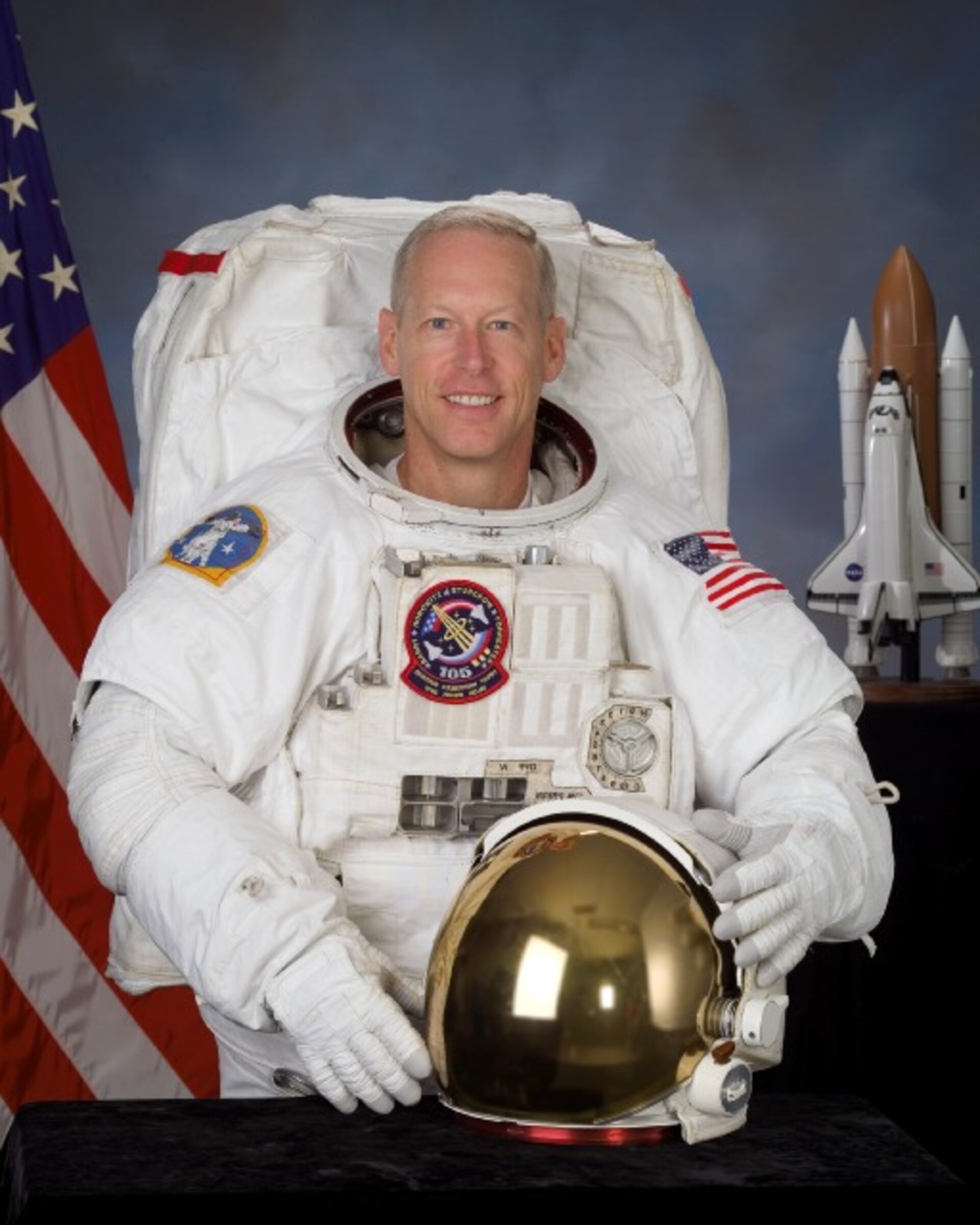 Born on 31 March 1957 Forrester is married and has two children. He enjoys baseball and running. He has a master’s degree in mechanical and aerospace engineering and is a Master Army Aviator, having flown in over 50 different aircraft.

He has fulfilled various Army posts as an instructor pilot, platoon leader, aviation company operations officer, assault helicopter battalion operations officer, flight test engineer and as the research and development coordinator. Designated an experimental test pilot in 1992 he was assigned to NASA as an aerospace engineer in July 1993 and has fulfilled various functions from testing Shuttle flight software to being CapCom for both ISS and Shuttle missions.

Forrester is a veteran of two spaceflights. In August 2001 he performed two spacewalks during the STS-105 mission, which exchanged ISS Expedition Crews (2 for 3) and brought 2.7 tonnes of cargo to the ISS in a Multi-Purpose Logistics Module (MPLM). Forrester was prime robotics operator for MPLM installation. He also performed two spacewalks during STS-117 in June 2007, which installed the S3/4 truss segment with solar arrays on the ISS and exchanged an Expedition crewmember.