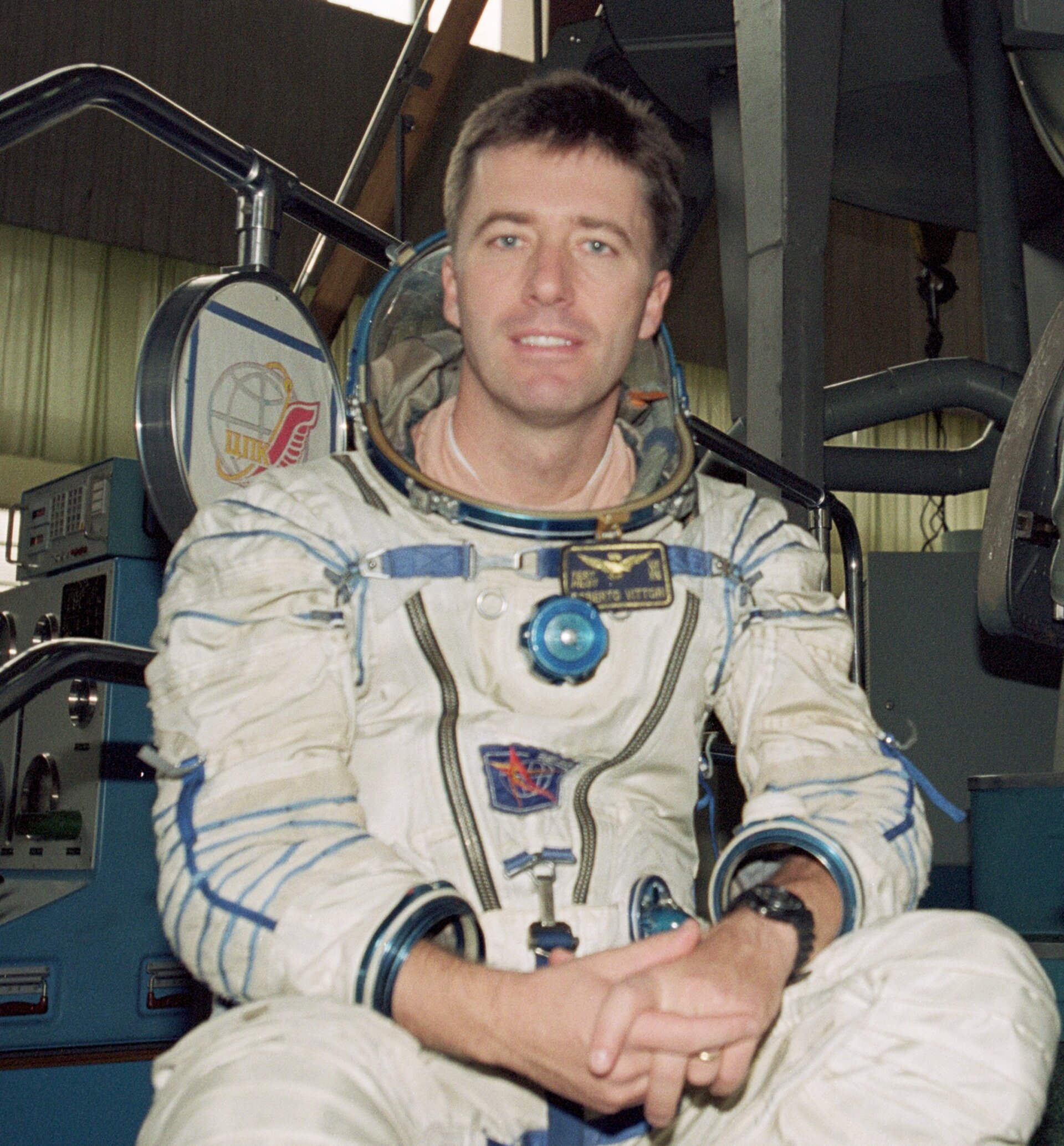 April's scheduled Soyuz launch - a 'taxi flight' to the International Space Station - will carry with it a European astronaut on his maiden voyage into orbit. For Italian Roberto Vittori, the launch will mark a literal high point in his career so far. And although has never been in space before, he will be bringing a wealth of flying experience to the mission.

Roberto was born in Viterbo in 1964, which makes him the youngest of ESA's 16 astronauts. Flying has been his life: he graduated from Italy's Aeronautics Academy in 1989 and went on to a career in the Italian Air Force where he flew combat-ready Tornado GR-1 strike aircraft. In 1992 he was promoted Squadron Commander. His notable flying skills led him to test pilot training - and that was when the ambition to become an astronaut first struck him.

"It was in the United States. I spent a year at the Navy Test Pilot School at Patuxent River near Washington; it's where some of NASA's first astronauts were trained - men like Neil Armstrong and John Young. So there was a strong NASA connection, and we actually took a trip to NASA during our course. That's when I thought: I'd like to do this."

For the time being, though, Roberto continued with his flying career. Back in his native Italy, he joined the Experimental Flight Section (Reparto Sperimentale di Volo) and spent the next few years busy with precision flying and technical study across a range of test programmes, many of them associated with the Eurofighter 2000 project.

"In 1998 I was flying from the test centre at Pratica di Mare, near Rome, when I heard that the Italian Space Agency was looking for astronauts. I had to apply."

Once Roberto had got through the tough selection procedures, he was sent to Houston to train with NASA as a Mission Specialist for a forthcoming Shuttle flight. He went on to become one of the first members of the European Astronaut Corps, and it was as an ESA astronaut that he was selected for the April mission. It will launch from Baikonur in Kazakhstan - a long way from Houston. How does he feel about the change of scene?

"I have to admit the Russian language is difficult: right now, I use an interpreter a lot. But I am getting enough language training at least to master the technical stuff. It's an important mission, both for Europe and for Italy. And it's a first for Italy: Italians have flown on the Shuttle before, but I will be our first cosmonaut."

There are thousands of young Europeans out there who will be envying Roberto his opportunity. What should they do to follow in his footsteps?

"They should try to be half-pilot, half-scientist - or half-doctor, for that matter. I'm part way through a physics degree myself right now. It's certainly hard work but it's worth it."

And speaking of youth, how does it feel to be Europe's youngest astronaut?

"Well, I may be the youngest in the Corps, and it's good to have youth on your side, but at 37 I am not all that young. I look forward to a mission to Mars, which will be an extraordinary journey: but I'm not young enough to be likely to fly on it. That's for the next generation. But one way or another, the future in space will be a great adventure."