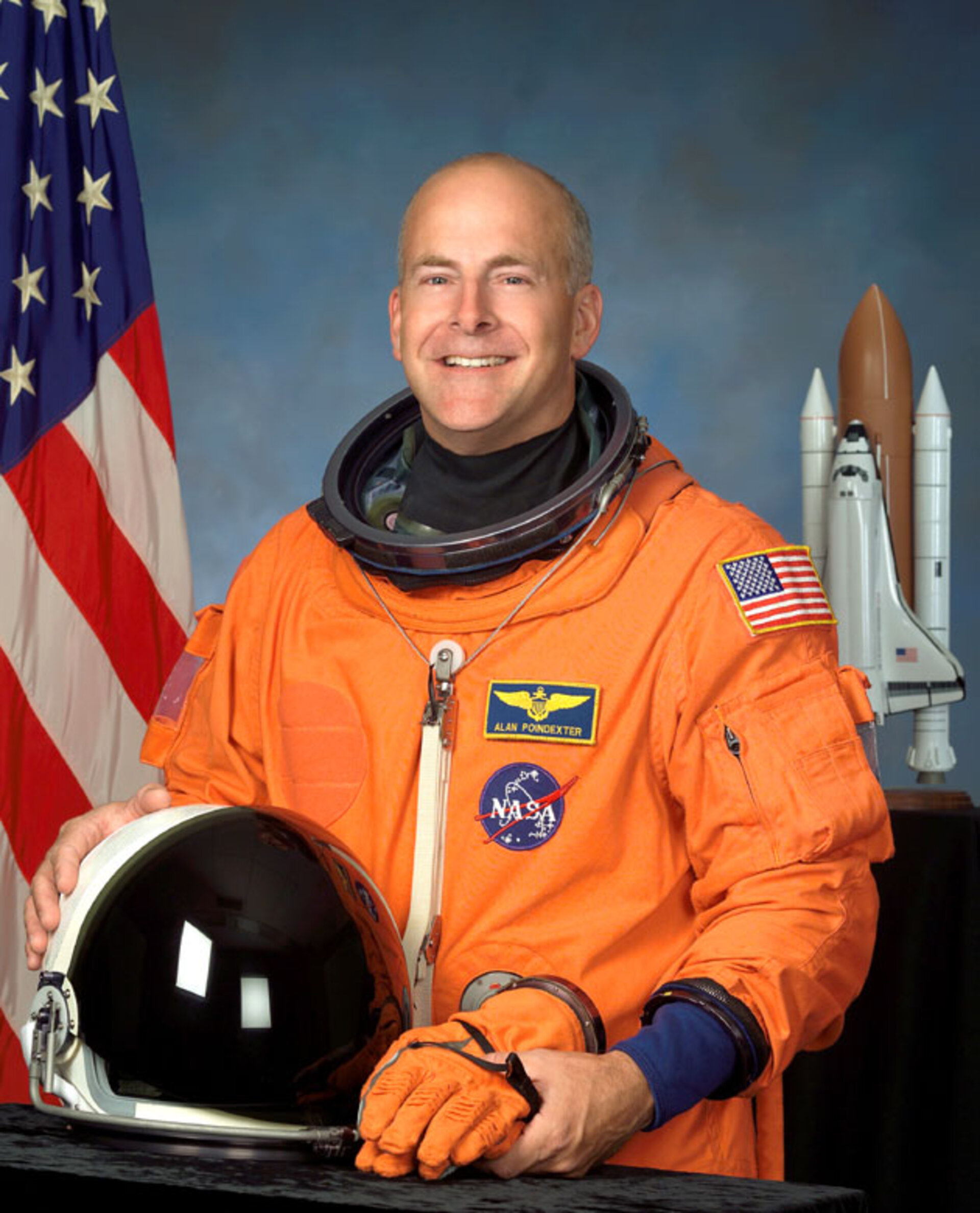 Graduated from Coronado High School, Coronado, California, USA in 1979. Graduated with highest honors from Georgia Institute of Technology, USA with a Bachelor of Aerospace Engineering degree in 1986 and a Master of Science in Aeronautical Engineering from the U.S. Naval Postgraduate School in 1995.

Poindexter was commissioned following graduation in 1986. After a short tour of duty at the Hypervelocity Wind Tunnel Facility, Naval Surface Weapons Center, White Oak, Maryland, USA, Poindexter reported for flight training in Pensacola, Florida. He was designated a US Naval Aviator in 1988 and reported to Fighter Squadron 124, Naval Air Station Miramar, California, for transition to the F-14 Tomcat.

Following his initial training, Poindexter was assigned to Fighter Squadron 211, also at Miramar, and made two deployments to the Arabian Gulf.

During his second deployment in 1993, he was selected to attend the U.S. Naval Postgraduate School/Naval Test Pilot School Cooperative Programme. Following graduation in December 1995, Poindexter was assigned as a Test Pilot and Project Officer at the Naval Strike Aircraft Test Squadron, Naval Air Station Patuxent River, Maryland, USA. While stationed there, Poindexter was assigned as the lead test pilot for the F-14 Digital Flight Control System where he logged the first carrier landing and catapult launch of an F-14 with the upgraded flight controls.

He also flew numerous high angle of attack/departure tests, weapons separation tests and carrier suitability trials. Following his tour at Patuxent River, Poindexter reported to Fighter Squadron 32, Naval Air Station Oceana, Virginia, USA where he was serving as a department head when he was selected for NASA astronaut training.

Poindexter has more than 3 500 hours in over 30 aircraft types and has logged over 450 carrier landings.

Selected by NASA in June 1998, he reported for training in August 1998. Initially Poindexter served in the NASA Astronaut Office Shuttle Operations Branch performing duties as the lead support astronaut at Kennedy Space Center. Poindexter is assigned as pilot on the STS-122 mission that will deliver the European Space Agency’s Columbus Laboratory to the International Space Station.