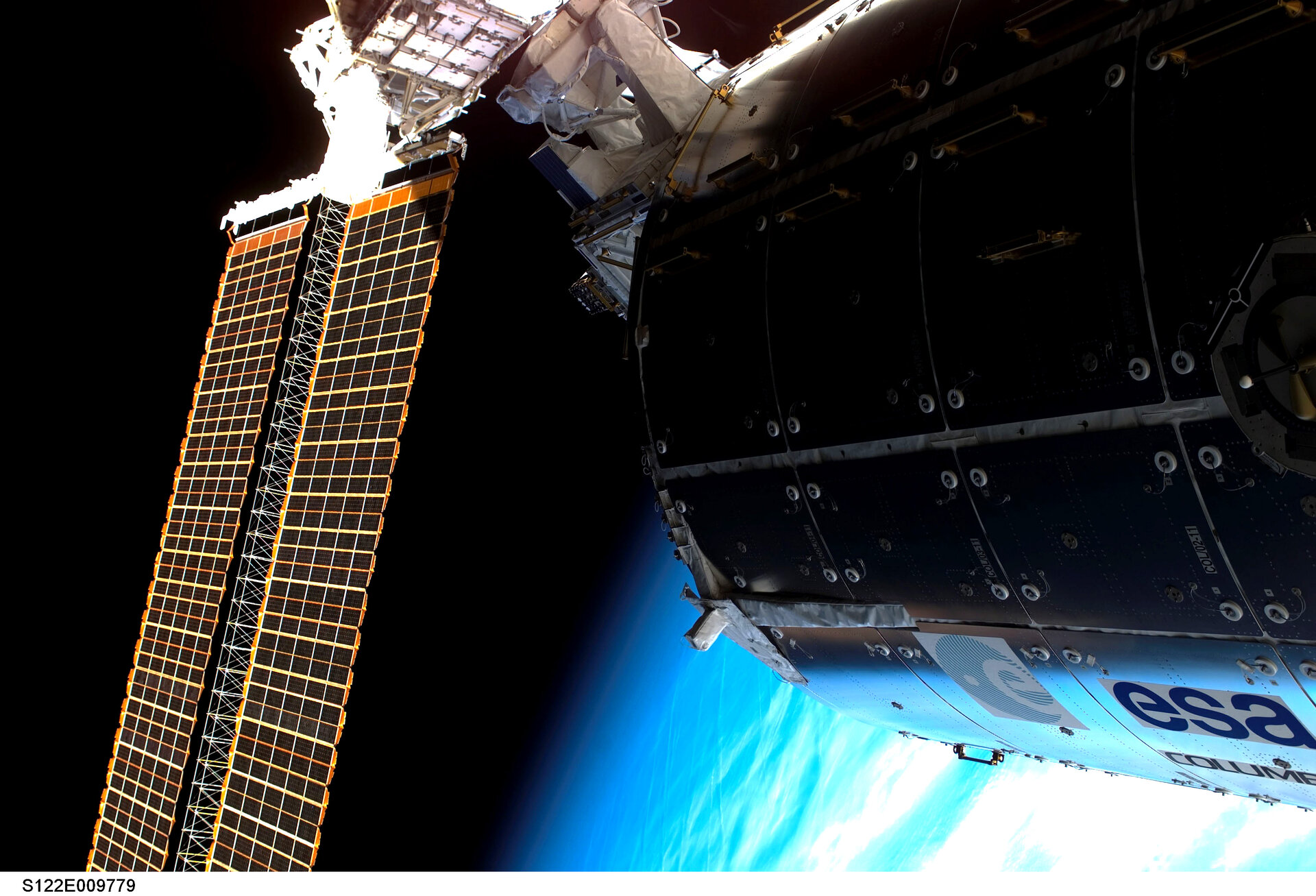 On 7 February 2008, the European Columbus laboratory was launched with STS-122 mission on Space Shuttle Atlantis.

After it was attached to the Harmony module on 11 February, Columbus became an integral part of the International Space Station bringing years of organisation and hard work to fruition.

With a projected 10 years in orbit, Columbus is part of space history as the first European laboratory dedicated to long-term experimentation in weightlessness.

ESA astronauts Léopold Eyharts from France and Hans Schlegel from Germany were crewmembers on the Columbus assembly and commissioning mission. They joined five NASA colleagues on the STS-122 Shuttle flight.

The Columbus Mission had two phases: