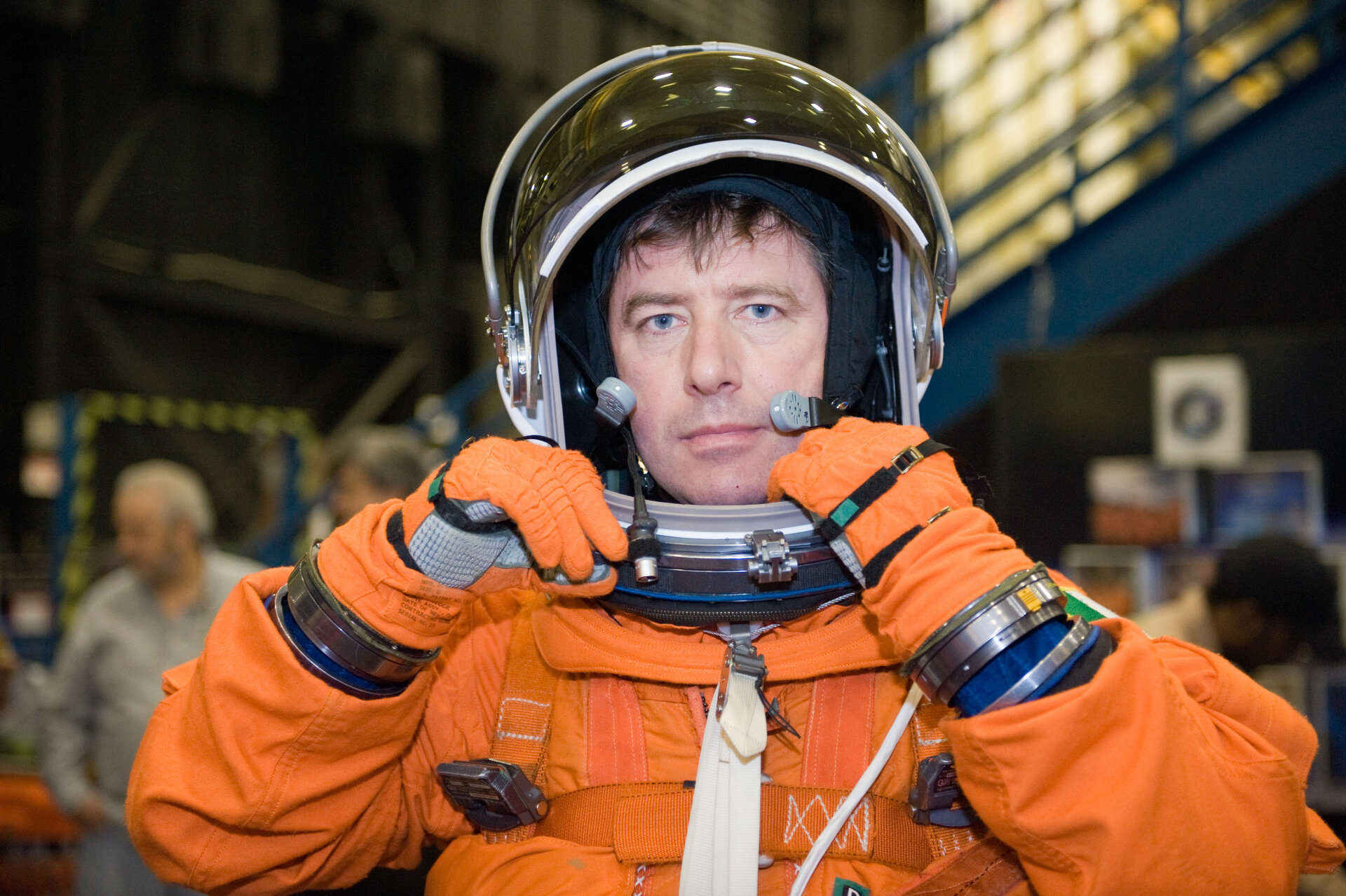 ESA astronaut Roberto Vittori flew to the International Space Station on a flight opportunity provided by the Italian space agency, ASI, in agreement with NASA. The Shuttle mission will carry the NASA designation STS-134, but Vittori's is named 'DAMA' by ASI.

During his 16-day mission, Roberto acted as a Mission Specialist with a multitude of tasks with the Space Shuttle and its robotic arm, he carried out six ASI-sponsored experiments and was a test subject for ESA experiments to study possible changes in his body during his flight.

Elementary and middle school students all over Italy were challenged during the last year to come up with a name and logo for Roberto's mission. More than 2000 suggestions from around 200 schools were received.

In addition to providing Roberto’s third trip to the Station, STS-134 delivered the Alpha Magnetic Spectrometer. This fundamental instrument gave the hint to a young pupil to use the initial letters of ‘dark matter’ to form the winning acronym DAMA.

Following the same idea, an 11-year-old girl from Modena drew the logo that Roberto wore on his spacesuit. AMS-02 inspired her to sketch an antimatter particle emerging from the trail of the Space Shuttle, with the Italian flag in the background.