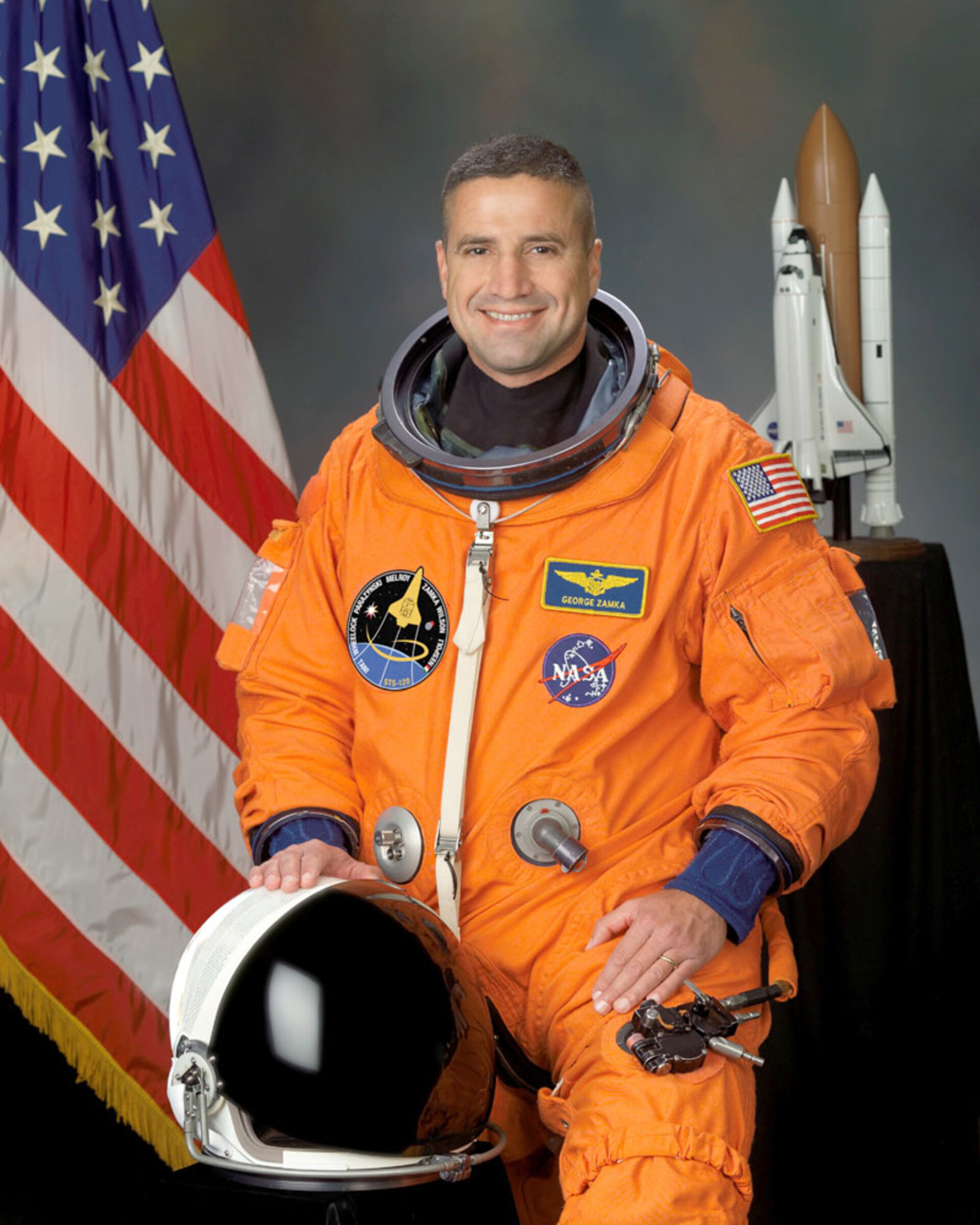 Zamka was commissioned as a Second Lieutenant in the United States Marine Corps after graduating from the United States Naval Academy in May 1984. After basic flight training, he was trained as an A-6E pilot at Whidbey Island, Washington, USA in 1987-88. He then flew with Marine All Weather Attack Squadron VMA(AW)-242 in El Toro, California, USA.

He served in administration and flight safety roles and also as Squadron Weapons and Tactics Instructor. In 1990, he trained to be an F/A-18 pilot and was assigned to Marine All Weather Fighter Attack Squadron VMFA(AW)-121, also in El Toro, California. He flew the F/A-18D Night Attack Hornet during overseas deployments to Japan, Korea, Singapore, and Southwest Asia.

In 1993 he served with First Battalion, Fifth Marines in Camp Pendleton, California, USA and the 31st Marine Expeditionary Unit in the Western Pacific. He was selected to attend the United States Air Force Test Pilot School class 94A and graduated in December 1994. Zamka was then assigned as an F/A-18 test pilot/project officer and the F/A-18 Operations Officer for the US Naval Strike Aircraft Test Squadron (NSATS). While assigned to NSATS, Zamka flew a wide variety of tests in the F/A-18 Hornet to include high angle of attack, loads, flutter, crew equipment, and weapon system programmes. Zamka returned to VMFA(AW)-121 in 1998 and was serving as the Aircraft Maintenance Officer, deployed to Iwakuni, Japan, when selected for the NASA astronaut programme. He has over 4000 flight hours in more than 30 different aircraft.

Selected as a pilot by NASA in June 1998, he reported for astronaut candidate training in August 1998. He has served in various technical and leadership roles in the astronaut office, to include space rendezvous and proximity operations, landing and rollout instructor, and lead for shuttle systems within the Shuttle Operations Branch. Zamka served as lead for the shuttle training and procedures division and as supervisor for the astronaut candidate class of 2004. He is assigned to serve as pilot on STS-120 Discovery.