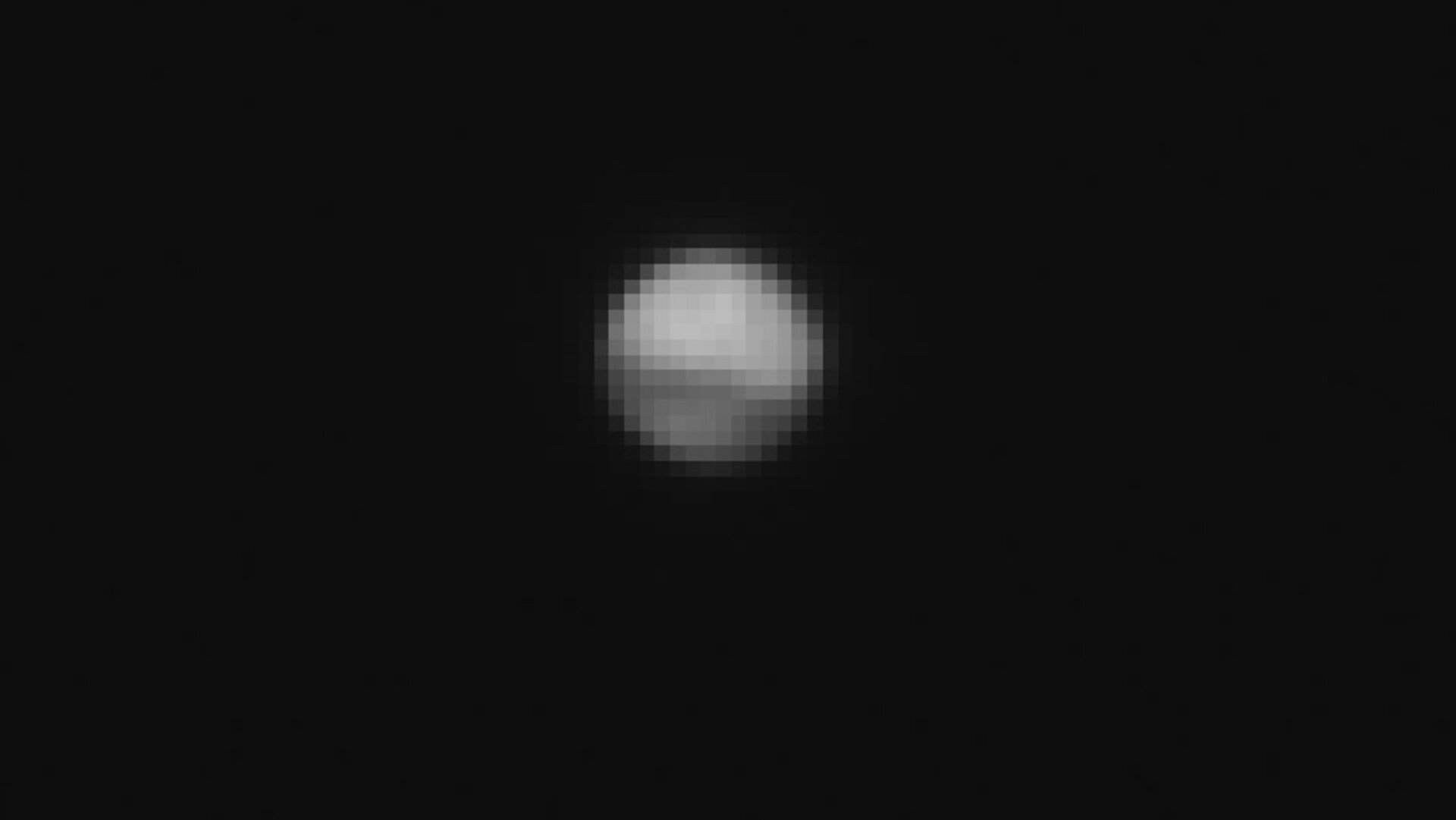 ExoMars captured its first images of Mars this week as part of its preparations for arriving at the Red Planet in October.

ExoMars, a joint mission with Roscosmos, was launched on 14 March and has already travelled just under half of its nearly 500 million km journey.

While the Trace Gas Orbiter’s ‘first-light’ image of stars was acquired within a month of launch, it has now set sights on its destination.

The orbiter and Mars were 41 million kilometres apart on 13 June when the new image was taken. Although it does not compare to the high-resolution scenes that will be returned once the spacecraft is finally at Mars, it is an important milestone for the camera team.

“The images have confirmed the sensitivity of the instrument and are sharp,” says Antoine Pommerol, co-investigator of the Colour and Stereo Surface Imaging System at the University of Bern. “It seems to be well-focused and the signal level seems to be close to prediction.”

As the spacecraft approaches Mars, the images will start to become ever more impressive.

“Telescopes on Earth and the Hubble Space Telescope in orbit around it can still do far better than us at present, but we are still a long way away from Mars,” says Nicolas Thomas, the camera’s principal investigator.

“If the instrument continues to perform well, indications are that we should begin to exceed what is achievable from Earth in the second week of October, and then further improvements in resolution will happen rapidly.”

With another four months of journey ahead, the team will continue to look at the data they are collecting en route.

“Everything we do now helps us to understand and calibrate the instrument,” adds Nick. “There’s a lot to prepare for.”

The orbiter is set to enter orbit around Mars on 19 October, on the same day that its Schiaparelli entry, descent and landing demonstrator – released from the orbiter three days earlier – will land on Mars.

While Schiaparelli’s primary goal is to demonstrate key technologies needed for landing, the orbiter and its suite of four instruments are tasked with sniffing out rare gases in the atmosphere. Of particular interest is methane, which could point to active geological or biological processes on the planet.

The camera will be used to study geological features, including those that might be related to gas sources, such as volcanoes.

The orbiter’s other scientific instruments have also been undergoing checks this week. Next month, on 28 July, the spacecraft will perform a major course correction, which will line it up for Mars.