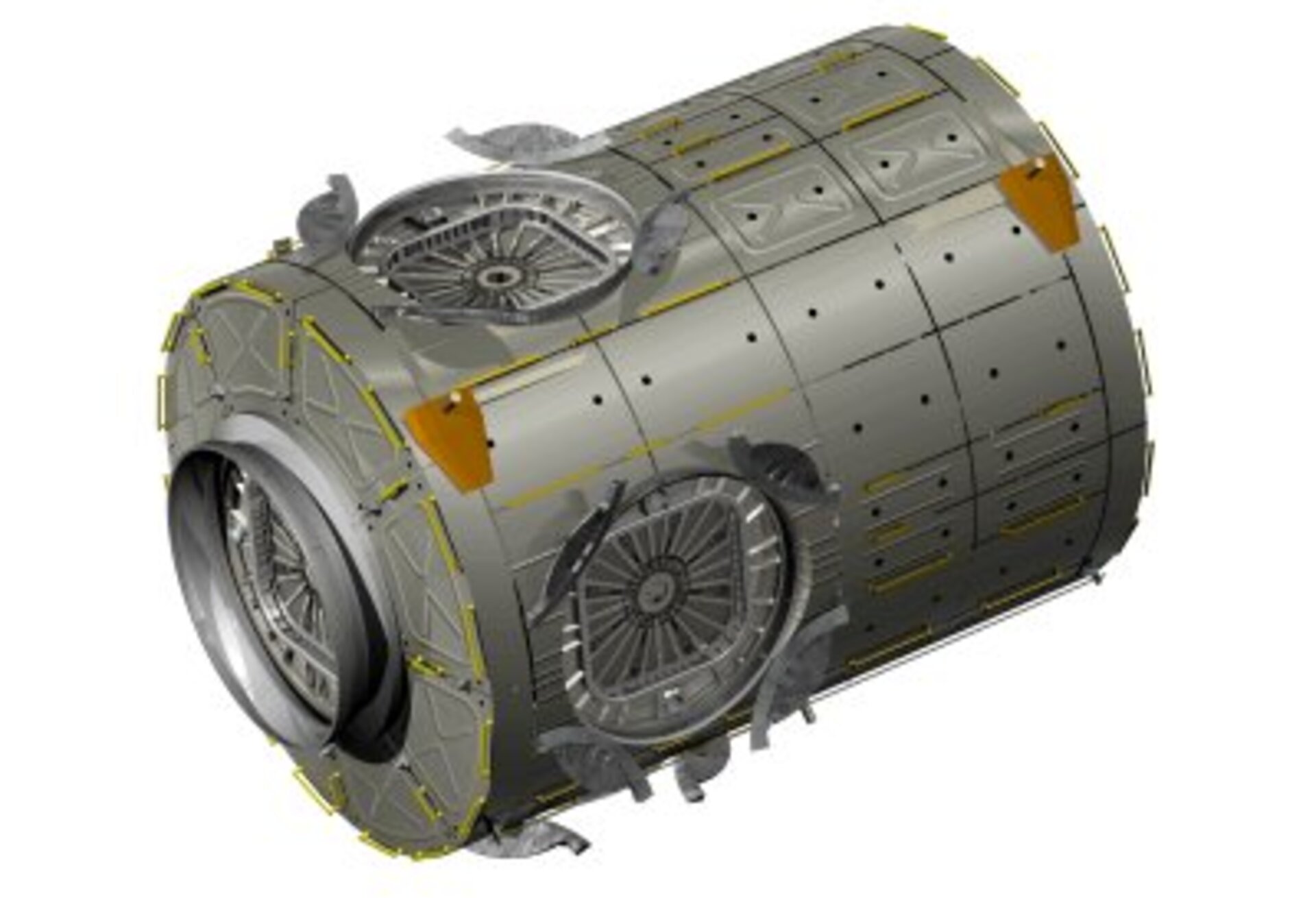 Node 2 is a pressurised module which serves as a connecting passage between the European Columbus laboratory, the US laboratory Destiny and the Japanese laboratory Kibo.

Node 2 also provides a docking port for the discontinued Space Shuttle and the Japanese HII transfer vehicle, while it also served as an attachment point for the Multi-Purpose Logistics Modules. Node 2 is a working base point for the Space Station robotic arm, Canadarm 2.

Node 2 was developed for NASA under an ESA contract with European industry, with Alcatel-Alenia Space as the prime contractor. Responsibility for Node 2 development was assigned to the Italian space agency, ASI. The structural design is based on that of the Multi-Purpose Logistics Modules and the European Columbus laboratory.

NASA held a competition amongst schoolchildren in the United States to find a name for the Node 2 module. On 15 March 2007 the new name Harmony was announced.