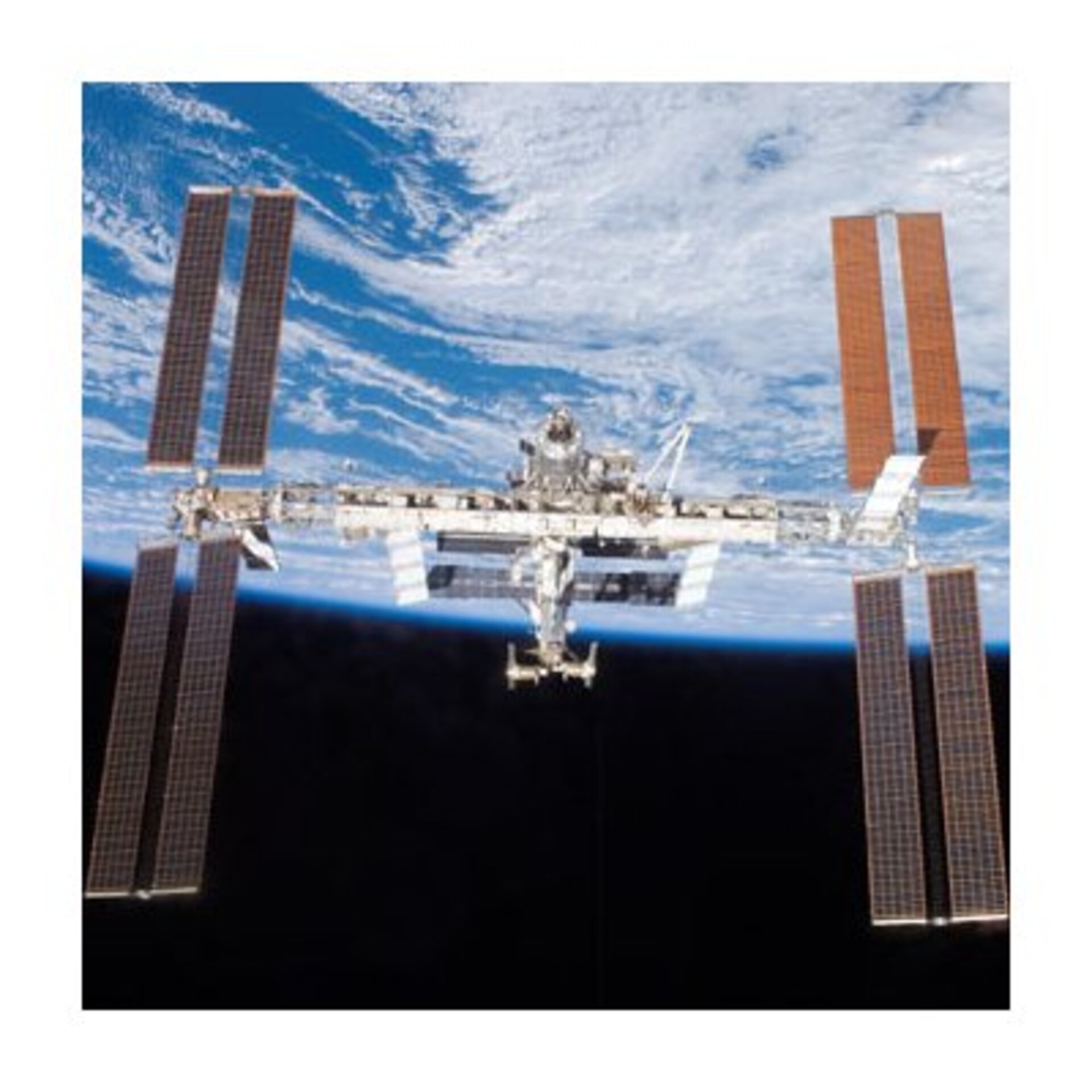 Astronauts and cosmonauts who visit the International Space Station (ISS) orbit the Earth at an altitude of around 400 km and so are not protected by the Earth’s atmosphere. In fact, at one point in its orbit around the Earth, just off the eastern coast of South America, the ISS passes through the tip of the inner Van Allen Belt.

At this point, the radiation levels around the ISS increase by a factor of about 30. In just one week on the ISS, astronauts are exposed to the equivalent of one year’s exposure on the ground.

Since the Apollo Moon missions in the 1960s and 1970s, astronauts have reported curious ‘flashes of light’ even when they have their eyes closed. It is thought that this is caused by cosmic rays passing through the eye and either producing a flash of light in the eye or triggering a nerve response in the retina. This effect is now the subject of an experiment – ALTEA – involving ESA astronauts on board the ISS.

The ALTEA (Anomalous Long-Term Effects in Astronauts Central Nervous System) experiment was designed by the Italian Space Agency (ASI) in collaboration with a science team led by Professor L. Narici of Tor Vergata University, Rome. The experiment was performed by Swedish astronaut Christer Fuglesang, during his Celsius Mission on board the ISS in December 2006.

What does it do?

What does ALTEA mean for us?

We still do not know if seeing a flash means that cells in the retina or even the brain are being damaged. ALTEA will go some way to answering these questions. It will also help to monitor cosmic ray levels on board the ISS generally, even when the Altea helmet is not being worn.

This is vital if we are to assess the level of risk to astronauts travelling on the ISS in low earth orbit as well as for future human missions to the Moon and Mars.

ALTEA may also help us gain a better understanding of the workings of the eye and its connections to the brain; knowledge that may help in developing better medical treatments.

In the science fiction film "The Fantastic Four" the heroes gain superpowers after exposure to cosmic rays during a scientific space mission. Unfortunately, this will not be the effects on our bodies as ionising radiation damages our cells.

When our bodies are exposed to ionising radiation such as X-rays, we should use protective lead clothing. This is particularly necessary for anyone working with radioactive substances. With some types of radiation, however, such as cosmic rays, lead would be a bad choice as it would trigger a shower of secondary particles.

At even higher levels the DNA damage cannot be corrected; this is called mutation and will be passed on to any cells produced from that cell. One possible outcome of this is cancer.

If the damage caused by the radiation is large enough the cell will detect the change and undergo programmed cell death called ‘apoptosis’. This occurs to prevent a damaged cell from reproducing and causing problems later on. It is perfectly natural and happens in our bodies all the time.

Radiation becomes a problem when the dose is high enough to kill many cells at the same time. Easily damaged cells such as those in the lining of the gut, hair follicles or bone marrow which produce white blood cells as part of the immune system, will be most affected. This would lead to damage to the affected person’s immune system, hair loss, severe diarrhoea and bleeding; all symptoms of acute radiation poisoning.

These effects have also been seen in people unfortunate enough to be involved in accidents when handling strong radioactive sources. Most of our knowledge though comes from studying the survivors of the nuclear bombing of Hiroshima and Nagasaki.

There are two particular problems for astronauts on missions beyond the Earth's orbit. Firstly, the astronauts will be beyond the protection of both the Earth’s atmosphere and its magnetic field. This means that the general level of radiation will be far higher than on board the ISS, which is in orbit 400 km above the Earth. In just a few days, an astronaut travelling to Mars would receive the equivalent of a year of radiation exposure here on Earth.

Secondly, the Sun’s level of activity is not constant. It can produce a pulse of high energy protons and electrons called a solar flare. If these are in the direction of the spacecraft carrying the astronauts to Mars the astronauts would have to retreat to a specially designed shelter built into the spacecraft, otherwise the radiation levels would be lethal.

On the ISS astronauts wear dosimeters to keep a record of the amount of radiation to which they are exposed.

Even when astronauts reach their destination, be it Mars or the Moon, they will still have to construct a shelter as there will be little or no atmosphere and very weak magnetic fields. This means that the risk of radiation will be nearly as great on the surface as in space.

Numerous options are being investigated and one of the simplest would involve astronauts excavating a living area underneath the surface.

The ALTEA experiment will become particularly important with the increasing length of time humans spend on the ISS and with plans for missions to the Moon and Mars.

Space radiation is out there but we can find ways to live with it!