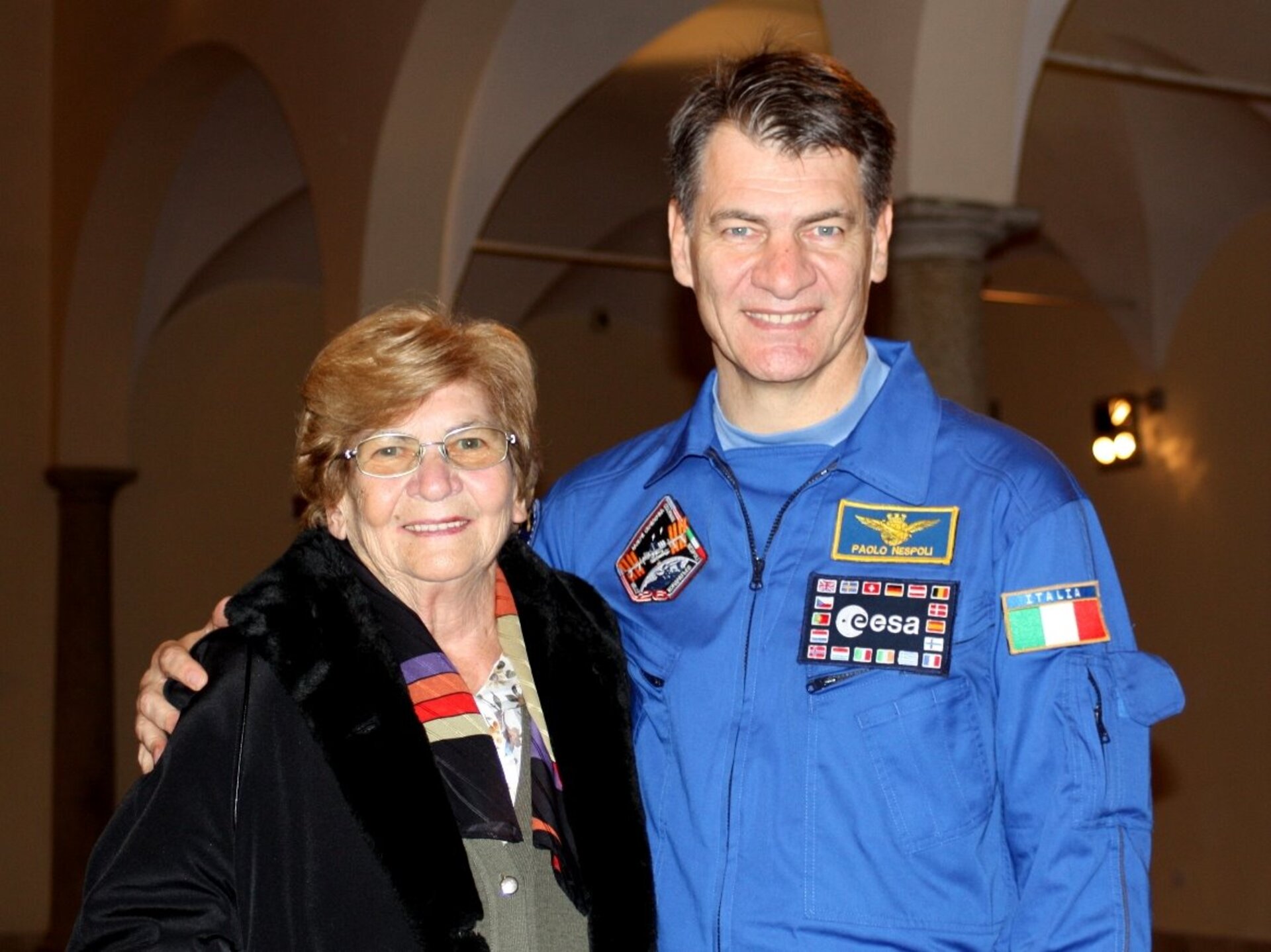 ESA astronaut Paolo Nespoli’s mother, Maria, passed away on Monday while he is still serving on the International Space Station. The crew honoured Paolo's mother this afternoon with a short ceremony.

Paolo was notified immediately in a private call, following the preference he expressed before the mission for such an event.

“We all are in our minds very close to Paolo and his family,” said Michel Tognini, former ESA astronaut and Head of the European Astronaut Centre, “and try to give him sufficient strength in space to cope with this difficult situation and overcome this severe personal loss which is already very difficult in normal conditions, but for Paolo being still on the International Space Station it is even harder.

“There are probably no words that could relieve this sadness but our thoughts are with Paolo, his family and friends.”

In order to help Paolo cope with the situation, ESA’s flight director and support team have already modified his workload. His return to Earth in a Soyuz spacecraft scheduled for 23 May will not be affected.

The funeral took place on Wednesday in Verano Brianza, near Milan, Italy, starting at 14:30 CEST.

Half an hour later, as the Space Station flew over Italy, the crew stopped work and observed a minute’s radio silence.

Thomas Reiter was representing ESA at the funeral, while Italian ESA astronaut Samantha Cristoforetti delivered the condolences of the European Astronaut Corps.

Long-stay crewmembers like Paolo Nespoli are given special briefings and training to help them prepare for being away from home on their expeditions. The preparation covers topics such as family support and the deaths of friends or family.

Exceptional opportunities for communication are provided to the astronaut, keeping him in daily contact with family and friends.

Anyone interested in expressing their condolences to Paolo can send cards to: