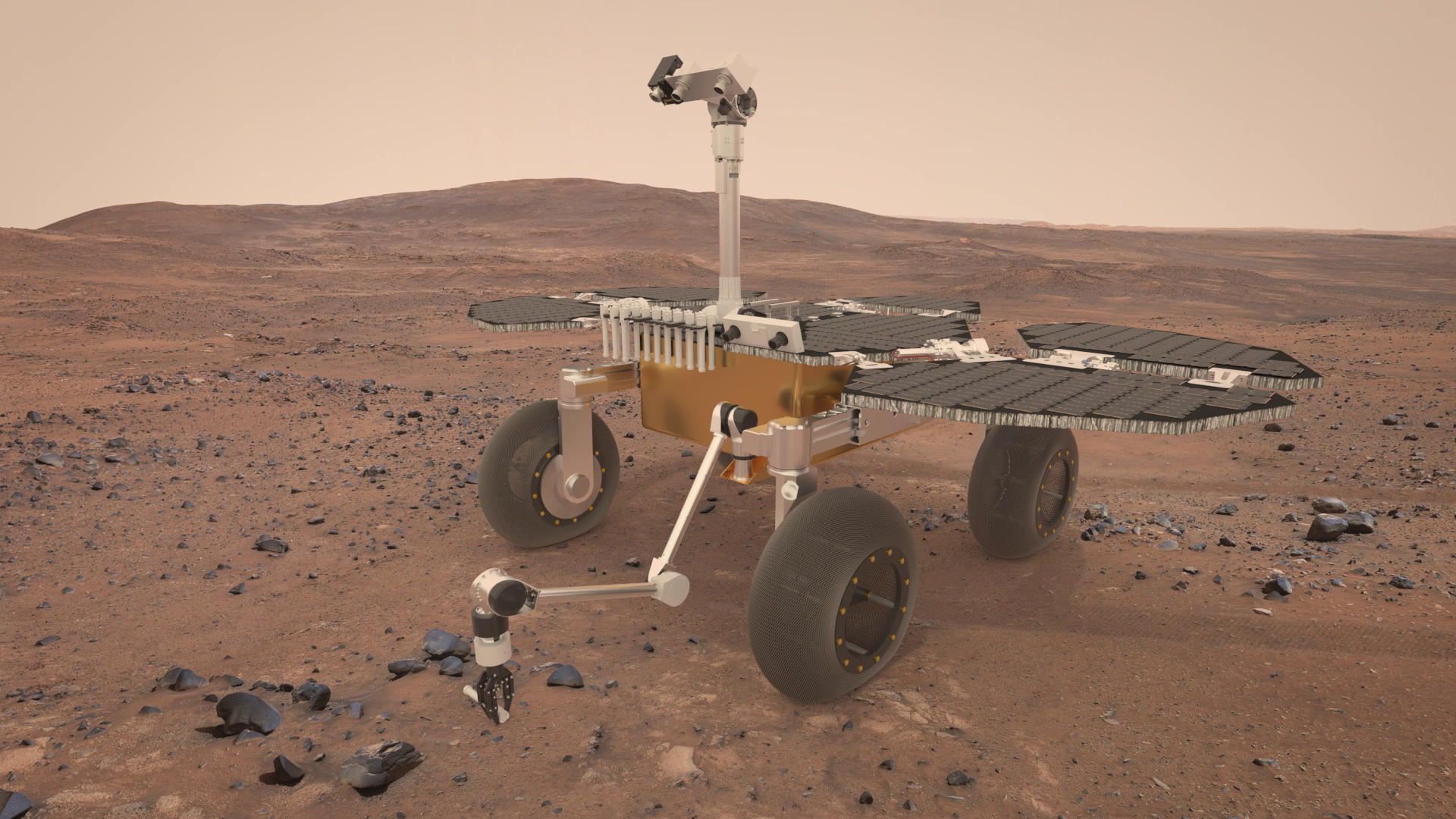 European engineers, together with Canada, are working on the technologies needed to find and retrieve samples from Mars, as part of ESA’s plans to send material from the Red Planet to Earth.

The Sample Fetch Rover will need to navigate autonomously, detect tubes of samples collected and packed by an earlier NASA rover, pick them up and return them to Earth.

ESA has selected Airbus for the next stage of the rover’s development. Work has been underway at their site in Stevenage, UK, since July 2018 to scope out and establish the feasibility of the rover concept. As part of this work, Airbus are coordinating industries from Europe and Canada to develop rover technologies.

The ESA Sample Fetch Rover will form part of the Mars Sample Return campaign, with hardware provided by ESA and NASA, which aims to deliver material from the martian surface to Earth by 2031.

NASA’s Mars 2020, launching this summer, will send the Perseverance Rover to Mars. The NASA rover will explore the martian surface to retrieve samples of rock and soil, seal them in canisters and drop them at strategic locations.

A further NASA launch of the Sample Retrieval Lander in July 2026 will deliver the ESA Sample Fetch Rover to the vicinity of the Mars 2020 landing site.

The rover will travel up to 15-20 km, with daily steps of about 200 m, to autonomously track down and collect up to 36 sample tubes cached and deposited by Perseverance.

Sophisticated algorithms have already been tested in an artificial martian environment that use the rover’s camera to recognise and calculate the exact position of the sample tubes, which could be covered by martian dust. Airbus is also coordinating European industries for the design of a robotic arm and grasping unit that will be on board the rover to pick up the sample tubes.

The tubes will be carried and then transferred, using another robotic arm provided by ESA and installed on the Sample Retrieval Lander, to the Mars Ascent Vehicle which will launch the samples, protected within a basketball-size sample container, into Mars’ orbit.

ESA’s Earth Return Obiter will then be timed to capture the container from Mars’ orbit before bringing it back to Earth to land in Utah, USA.

“Airbus and their industrial partners bring their expertise and knowhow in designing rover technologies, demonstrated by their work on the ESA ExoMars rover Rosalind Franklin, scheduled to launch in 2022,” says Ludovic Duvet, ESA Senior System and Technology Engineer at the agency’s UK site, who has led the management of Sample Fetch Rover activities from its inception.

“Crucially, such work is being completed with a co-engineering approach. There has been a great deal of interaction between ESA, NASA’s Jet Propulsion Laboratory who are designing the lander, and the Airbus led industrial consortium.”

“It’s exciting for our Airbus team to have such a key involvement in the Mars Sample Return programme which is a major international collaboration to achieve a real world first in space exploration,” says Ben Boyes, Airbus Project Manager for Sample Fetch Rover.

“The Sample Fetch Rover project is a great opportunity to make use of the technology developed in the UK for Rosalind Franklin, and build on this with new cutting edge autonomous visual recognition, sample retrieval system and a faster rover to deliver this challenging mission."