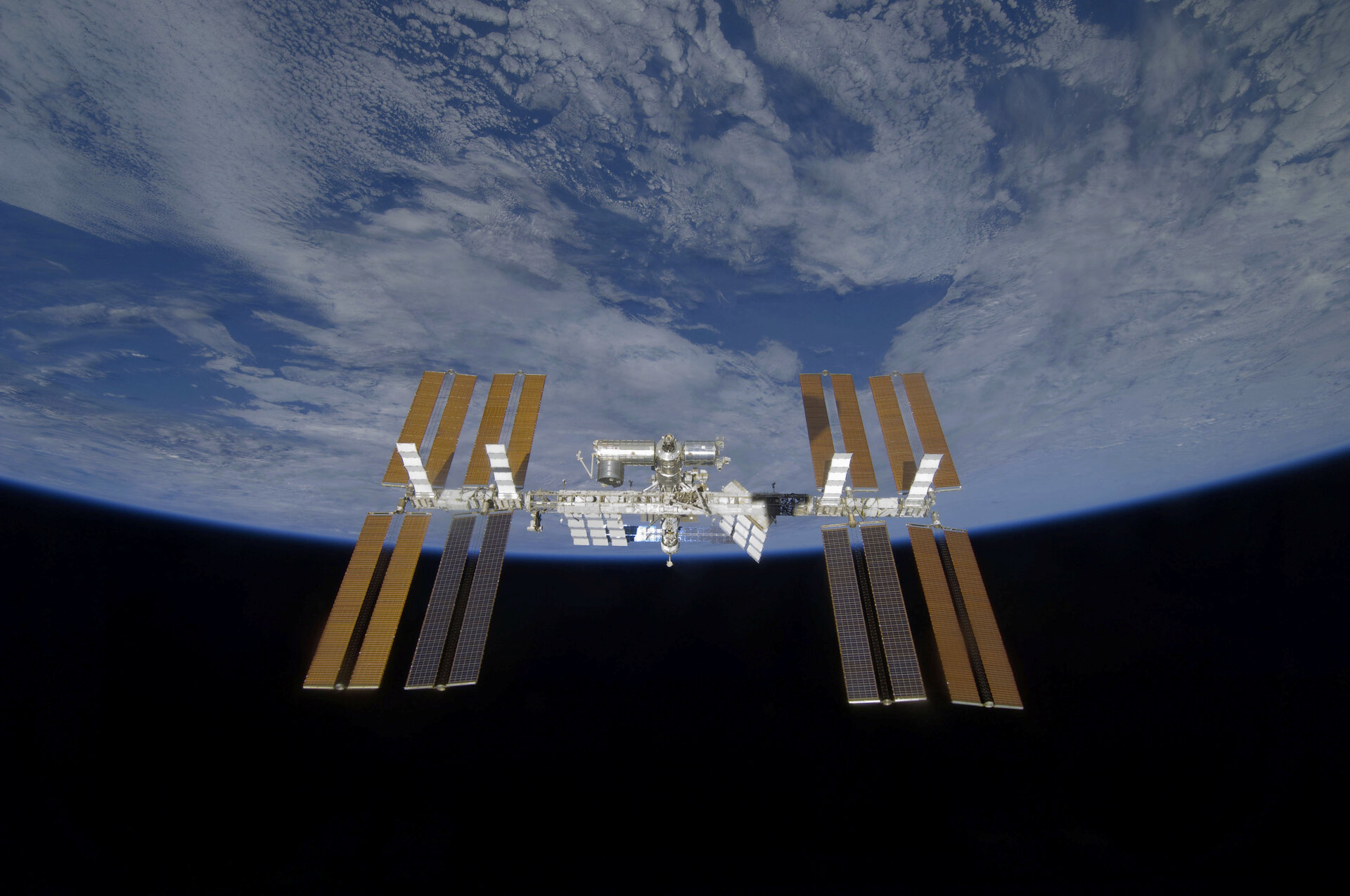 Frank is a member of the first six-person Space Station Expedition crew. Later in his mission he was also the first European to become Commander of the weightless research centre.

For Frank, who is a member of the European Astronaut Corps, this is his second mission to the Station for ESA, following on from the 11-day Odissea mission in 2002.

The mission marked many important milestones for ESA, European astronauts, European science and European control centres, as well as holding a great deal of significance for ESA in cooperation with its international partners.

Not only are these milestones of great importance in fulfilling the goals of the mission, they also hold great significance by building on current knowledge and experience for future exploration missions.

The arrival of Frank and the other two members of the Soyuz TMA-15 crew at the International Space Station marked the first six-member Expedition Crew, as they joined the three Expedition crewmembers that were already on the Station: Russian cosmonaut Gennady Padalka, NASA astronaut Michael Barratt and JAXA astronaut Koichi Wakata.

Gennadt and Michael arrived as Expedition 19 crewmembers on Soyuz TMA-14 on 28 March 2009. Koichi arrived on Shuttle flight STS-119 on 17 March 2009 and was replaced by NASA astronaut Timothy Kopra who arrived with Space Shuttle Endeavour on flight STS-127 in July. Koichi returned to Earth on flight STS-127.

Until then the Space Station could only support a permanent crew of three. However with the Station nearing completion and the delivery of new Environmental Control and Life Support Systems, together with support from logistics spacecraft, a six-member crew was made possible. These logistics spacecraft include the European Automated Transfer Vehicle (ATV), the Russian Progress spacecraft, the Japanese HII Transfer Vehicle (first launched during the OasISS Mission) and the Space Shuttle.

The increase to a six-person crew boosts the time available for Frank and the rest of the crew to carry out important scientific and technological research in addition to their standard operational tasks. This is a visible sign of the increasing role that Europe is playing through ESA in human spaceflight and will provide a basis for future human exploration missions.

After arriving at the International Space Station, Frank De Winne from Belgium assumed the tasks of an Flight Engineer as a member of Expedition 20. Frank was the third ESA astronaut to be a member of an Expedition crew after Thomas Reiter (Astrolab Mission, 4 July–22 December 2006) and Léopold Eyharts (Columbus Mission, 7 February–27 March 2008).

In October, Frank became commander of Expedition 21 Crew, taking over the responsibilities of commander from Russian cosmonaut and Expedition 20 commander Gennady Padalka.

As Station Commander, Frank was responsible for conducting operations, directing the activities of the crewmembers as an integrated team, ensuring the safety of the crew and the protection of Station equipment, and payloads. He returned to Earth on 1 December 2009.

During the OasISS mission, the European programme of scientific experiments and technology demonstrations made use of the internal and external scientific facilities of the International Space Station and especially of the European Columbus laboratory, which was attached to the Station in February 2008. Many of these experiments were run by Frank, with additional experiments done by members of the Expedition crew and visiting crewmembers.

The science experiments and technology demonstrations came predominantly from scientific institutions across Europe and were specifically tailored to a long-duration mission on the International Space Station. The research programme covered different research areas, including human physiology, biology, radiation dosimetry, exobiology, fluid physics and materials sciences, including experiments that could hold benefits for people on Earth as well as experiments that are relevant for future exploration missions.

ESA views education as a valuable aspect in its human spaceflight missions, helping to inspire the youth of today. Frank was the prime focus of ESA’s education activities during his mission. His activities included a live lesson from space.

As Frank is also a goodwill ambassador for UNICEF Belgium, this provided a great opportunity during the mission for cooperation between ESA and UNICEF Belgium. This cooperation was based on the common ground of water, and in support of UNICEF’s water, sanitation and hygiene campaign. Water is not only one of the most important basic elements of life as we know it and therefore the most important thread to follow when searching for life in the Universe, but it is also a very important resource for astronauts and spacecraft in orbit.

Frank was one of the two operators of the Station’s robotic arm when it was used to dock the first Japanese logistics spacecraft H-II Transfer Vehicle (HTV-1) on 17 September 2009. He was also the main operator of the Japanese robotic arm to transfer scientific payloads to the Japanese external payload facility outside of the Japanese Kibo Laboratory.

During the OasISS mission the Russian Mini Research Module 2, or Poisk, was transported and attached to the International Space Station. It was put into orbit by a Soyuz-U launcher, attached to a modified Progress spacecraft. Unlike the name suggests the Mini Research Module 2 is principally a docking compartment and airlock similar to the Russian Pirs Docking Compartment, which attached to the Station’s Russian Zvezda Service Module.

The new docking compartment was attached to the docking port on Zvezda, 19 November 2009 at the opposite side of where Pirs is attached. The new module accomodates increased Russian Soyuz/Progress launches due to an increase to a six-member crew.

The control centre is the hub of European activity during this mission, monitoring and coordinating Frank's activities, coordinating with Mission Control Centres in Houston and Moscow, and coordinating with the European Astronaut Centre in Cologne, Germany, as well as User Support and Operations Centres throughout Europe. The OasISS mission provides Europe with invaluable experience of long-duration human spaceflight operations, for planning human exploration missions beyond low-Earth orbit.