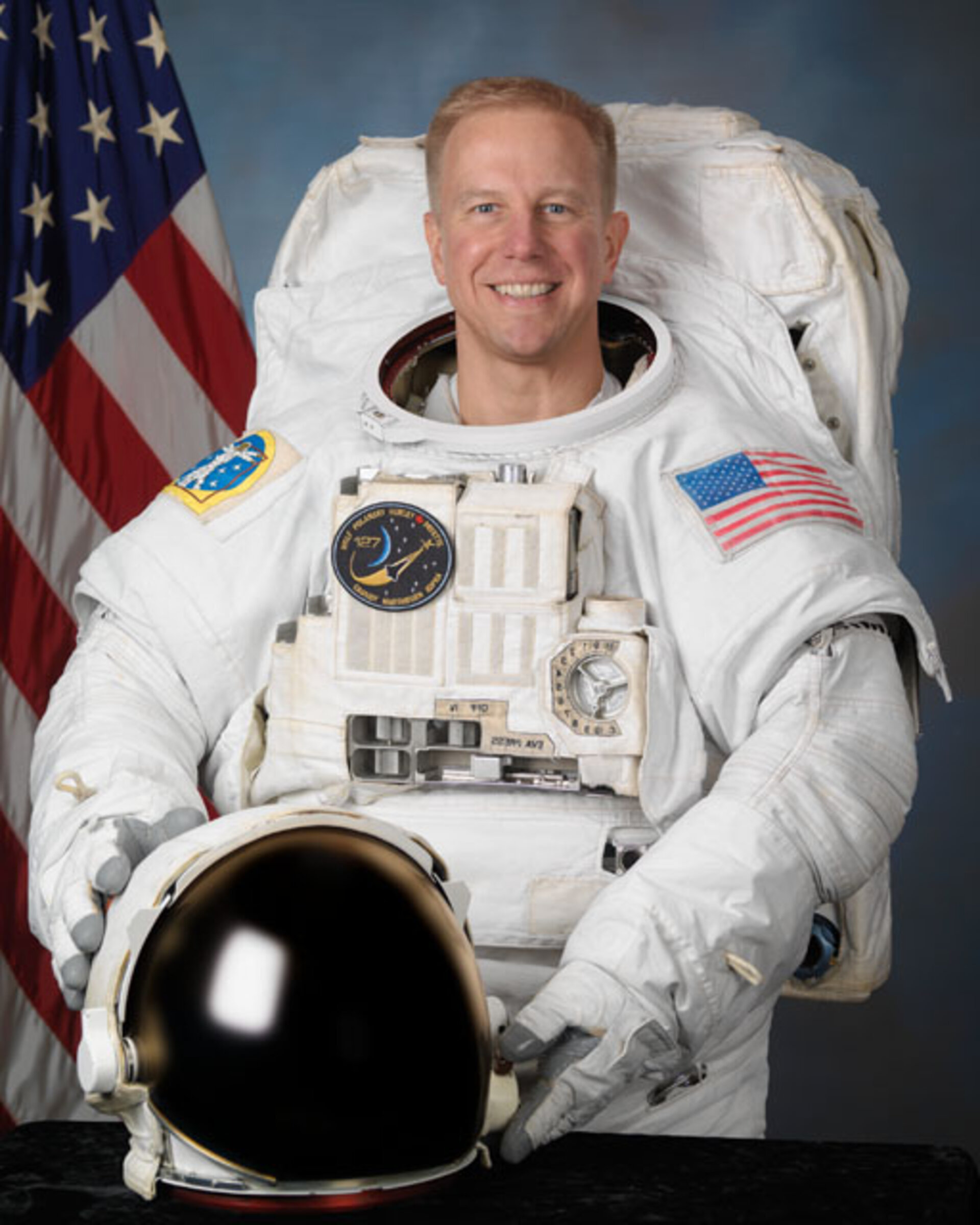 This was NASA astronaut Timothy Kopra’s first space mission. Born on 9 April 1963, Timothy is married and has two children.

Timothy has an extensive military career starting from 1985, which included active service and as an experimental test pilot. Timothy was assigned to NASA at the Johnson Space Center in September 1998 as a vehicle integration test engineer. He was selected as an astronaut in July 2000.

Timothy began training for a long-duration spaceflight in July 2005. He was launched to the Space Station with on 15 July 2009 on Space Shuttle flight STS-127, a Space Station assembly mission, and returned with STS-128 landing 12 September 2009.